Shape-Shifting: When Two Monsters Are Actually One

Constructed in the early part of the 19th Century, England’s Shropshire Union Canal is some sixty-seven miles in length and extends from Ellesmere Port near the city of Liverpool right down to Autherley Junction at Wolverhampton in the Midlands. The southern end of the old canal, that was originally known as the Birmingham and Liverpool Junction Canal, was the very last of the great British narrow-boat canals to be built, and is a true testament to the masterful engineering of Thomas Telford. Deep cuttings and massive embankments are the veritable hallmarks of the canal and they paint a picture that is as eerie as it is picturesque. It's also the lair of strange creatures. By far the most famous – or, perhaps, infamous would be a much more accurate word to use – ghostly resident of the Shropshire Union Canal is a truly diabolical and devilish entity that has become known as the Man-Monkey.

It was in Charlotte Sophia Burne’s book of 1883, Shropshire Folklore that the unholy antics of what some have since perceived to be the closest thing that Britain may have to the North American Bigfoot and the Yeti of the Himalayas, were first unleashed upon an unsuspecting general public. According to Burne: "A very weird story of an encounter with an animal ghost arose of late years within my knowledge. On the 21st of January 1879, a laboring man was employed to take a cart of luggage from Ranton in Staffordshire to Woodcock, beyond Newport in Shropshire, for the ease of a party of visitors who were going from one house to another. He was late in coming back; his horse was tired, and could only crawl along at a foot’s pace, so that it was ten o’clock at night when he arrived at the place where the highroad crosses the Birmingham and Liverpool canal." 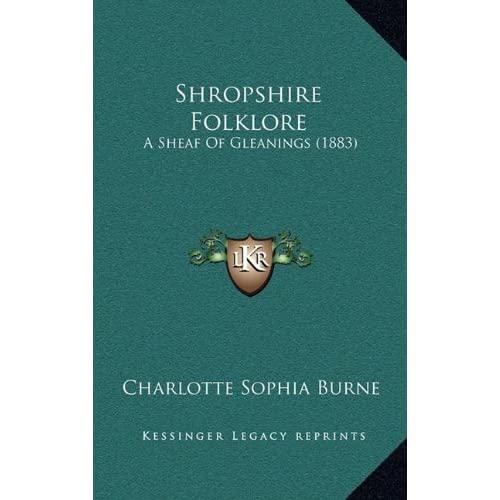 It was then, Burne faithfully recorded, that the man received what was undoubtedly the most terrifying shock of his entire life – before or since, it seems pretty safe to assume: "Just before he reached the canal bridge, a strange black creature with great white eyes sprang out of the plantation by the roadside and alighted on his horse’s back. He tried to push it off with his whip, but to his horror the whip went through the thing, and he dropped it on the ground in fright." It was described as looking like a large monkey - hence, its famous name. The creature is clearly a supernatural one, as sightings of the beast still surface to this day. It barely needs saying there's no way an animal which lived in 1879 could still be with us in 2020. And still at the same locale: that old bridge.

Now, let's delve deeper into the supernatural side of the Man-Monkey. The remarkable tale of Paul Bell is, for me at least, a highly memorable one. Bell said that he was a keen fisherman and told me how in July and August 1976 he had spent several Saturdays out at the canal with his rods, reels and bait and soaking in the intense heat of what was without doubt an absolutely scalding hot couple of months. He told me how, on one particular Saturday afternoon, he was sat near the water’s edge – very near to where the events of 1879 occurred - on a small wooden stool that he always carried with him, when he was "literally frozen solid" by the sight of "‘what at first I thought was a big log floating down the cut, about sixty or seventy feet away." According to Bell, however, it was no log; it was something else entirely. As it got closer, Bell was both astonished and horrified to see a large "dark brown and black colored" eel or snake-like creature – possibly ten feet in length or a little bit more – moving slowly in the water, with its head – that "looked like a black sheep" - flicking rapidly from side to side.

Although he had an old Polaroid camera with him, said Bell, he never even thought to take a photograph. Instead, he merely stared in both awe and shock as the animal cruised leisurely and blissfully past him, before finally vanishing out of sight. Bell stressed that the creature apparently did not see him ("or if it did, it never attacked me"), and did not appear to exhibit any outright hostile tendencies. But what elevated the affair to a far stranger level was the fact that Bell claimed that the following Saturday he was fishing in practically the same spot when he "got the feeling I was being watched" and saw something equally monstrous – yet manifestly different in nature and appearance. That’s right, you guessed it correctly: The Man-Monkey. Peering across the width of the canal, Paul was both horrified and petrified to see a dark, hairy face staring intently at him out of the thick, green bushes. The head of the animal was unmistakably human-like "but crossed with a monkey" said Bell, who added that "as soon as it saw me looking at it, up it went and ran right into the trees and I lost it."

At this stage, many might be inclined to ask: Is it just too much to accept when someone claims to have seen not one, but two, strange animals in the same, precise area? Maybe, for some. But, sightings of hairy man-beasts and water-based monsters in the same area are curiously prevalent in Britain. And, there’s an intriguing theory as to why, exactly, this should be so. According to Scottish legend, the Kelpie - or the water-horse - is a wholly supernatural creature that haunts the rivers, bridges and lochs of ancient Scotland and that has the uncanny ability to shape-shift. The most common form that the Kelpie takes is that of a horse - hence the name. It stands by the water’s edge, tempting any passing and weary traveler that might consider continuing on his or her journey to mount it. That, however, is always the fatal downfall of the traveler, as invariably the beast is then said to rear violently and charge head-long into the depths of the river or loch, and thus drowning its terrified rider in the process. Very notably, the Kelpie was also said to be able to transform itself into both a beautiful maiden, or mermaid, and a large, hairy man that would hide in the vegetation of Scottish waterways and leap out and attack the unwary, not unlike the Man-Monkey of the Shropshire Union Canal. Did Paul Bell encounter an ancient Kelpie? I'm pretty sure he did.