Just days after releasing its first official recruiting video, the U.S. Space Force announced its next mission – the launch of the secret X-37B Orbital Test Vehicle (OTV-6) on May 16 from Cape Canaveral Air Force Station, Florida. Yes, we were wondering the same thing -- how will launching an unmanned spacecraft help Space Force recruiting?

"The X-37B team continues to exemplify the kind of lean, agile and forward-leaning technology development we need as a nation in the space domain. Each launch represents a significant milestone and advancement in terms of how we build, test, and deploy space capabilities in a rapid and responsive manner."

U.S. Space Force Chief of Space Operations Gen. John "Jay" Raymond sounds excited about the X-37B launch while revealing as little as possible under the circumstances. The press release points out that the X-37B is currently the only ship capable of testing new systems in space and returning them to Earth. That may be true, but is that enough to meet the rallying cry to potential Space Forcers in the recruiting video? (Watch it here.)

"Some people look to the stars and ask, 'What if?' Our job is to have an answer."

That’s not exactly “To infinity and beyond!” or even “I believe that this Nation should commit itself to achieving the goal, before this decade is out, of landing a man on the moon and returning him safely to earth,” but apparently that’s the best we can do in 2020 without the aid of JFK or Buzz Lightyear.

This is actually the second Space Force mission – the first was the equally uninspiring launch (to us, at least) of a communications satellite in March. Russia didn’t like that, nor the announcement of the Space Force’s first new(ish) weapon – a satellite jammer to immobilize enemy communications. Not exactly a Millennium Falcon or even a flying Jeep. If you’re hoping there’s something more exciting in the works, Secretary of the Air Force Barbara Barrett lets the air out of that space balloon.

Locating stranded motorists? Darth Vader would have to lift his helmet to catch his breath after laughing at that one. Barrett also pushes the reusable capability of the X-37B. Any comments, Elon Musk? 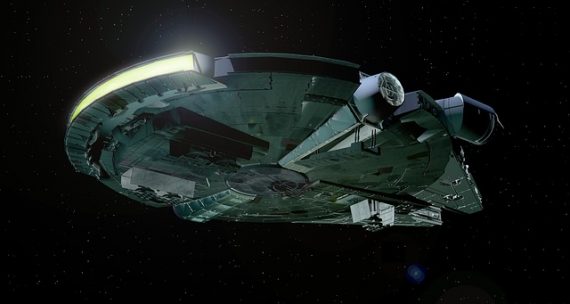 Sorry to sound disappointed, but that’s what this announcement is. While not a fan of military operations in space, this writer is a fan of space travel and exploration, and the pace of the U.S. space programs these days make a snail on glue look speedy and Tang look innovative. (Ask your grandpa.) Of course, there’s one group that is probably happy.

"This launch is a prime example of integrated operations between the Air Force, Space Force, and government-industry partnerships."

Air Force Chief of Staff Gen. David Goldfein hits the nail on the head – this is a good thing for “government-industry partnerships.” They’re not in it for the discovery … they’re in it for the economy. Unfortunately, “To profitability and beyond!” isn’t a great recruiting slogan either.

It doesn’t do much for inspiring kids to get excited about space. The same for writers.

Marauding Monsters in the Waters of Wales