Nazi gold. It’s the stuff of legends, quests, dashed hopes, rumors, treasure hunts, movie plots and reality series. For over 80 years, stories of gold, art and priceless treasures looted by Hitler’s troops and stored in secret locations around Europe, in South America or even on the bottom of the ocean have persisted. Another alleged clue to these treasures has surfaced, and it has all of the elements of past hints. Is the wartime diary believed to have been kept by an SS officer which allegedly describes the locations of 11 of these caches the real deal … or another Nazi wild goosestep chase?

For Roman Furmaniak, the story of the diary begins ten years ago when the foundation Schlesische Brücke (Silesian Bridge – Silesia is a historical region in Central Europe located mostly in Poland and partially in the Czech Republic and Germany), set up by businessman Darius Franz Dziewiatek, received the war diary from a 1,100-year-old Christian lodge (possibly Freemasons) from Quedlinburger, Germany. (Photos of the diary here.) The diary was kept by SS standartenführer Egon Ollenhauer, who The First News of Poland identifies as a member of the lodge and “the link between senior SS officers and local aristocrats who wanted help to protect their property from the Soviets” – with the “property” consisting of Nazi gold and valuables held in the then Nazi-occupied territory. 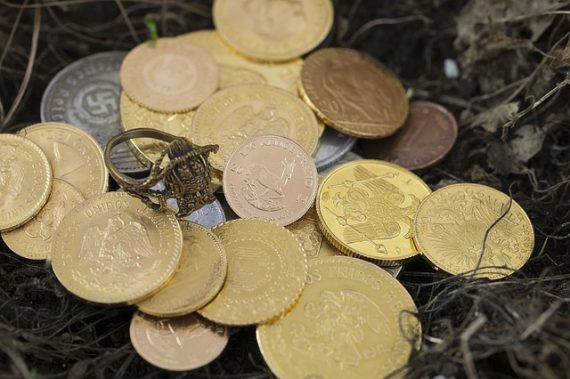 In 2019, all of the remaining persons connected to the diary were deceased and Furmaniak turned the diary over to the Polish Ministry of Culture, expecting it to lead a search for the hidden treasures.

“Dr. Grundmann and his people had already prepared in the grounds of the palace a deep well. The Following was placed at the bottom in crates: jewelry, coins and ingots, many of them were damaged, they had traces of gunfire. After we finished everything, the well was blown up, filled in and covered. Grundmann is a very good organizer. After the delivery of these 28 tonnes, the field gendarmes were sent away, their whereabouts…unknown. Sealing, covering and securing the site was achieved by an explosion, which was planned in the park according to Dr. Grundmann’s plan and sketch.”

Dr. Gunther Grundmann was a German conservator who, according to the diary, hid treasures under Hochberg Palace in Roztoce, a village in Silesia. The First News says Dziewiatek identified five treasure stashes under or near the palace – in a deep well in a palace park, at the bottom of a pond in another palace park, in a concrete sarcophagus under a stream, in an underground orangery in another palace park and in a secret room between the walls in another palace. However, this week Furmaniak revealed to The Daily Mail that the government has not yet followed through with a search and he’s pressuring them to get going. He claims he has found the well and has it and the other locations under surveillance. The current owners of the palace, who allegedly believe the story, have erected fences. So, what is the government waiting for?

In 2019, local historian Joanna Lamparska said this to The First News about the diary.

“(It’s interesting) But in my opinion, no treasure will be found using the diary. If these people really knew where the treasure was, they would not be acting in this way. The diary may be genuine, but a lot more work needs to be done.” 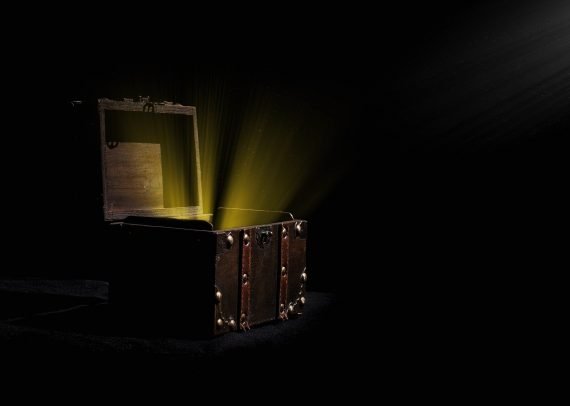 Acting in what way? Perhaps the question of who owns the treasures is the issue. Furmaniak claims that it is our intention that the property is returned to its rightful owners.” Whatever the case, the latest version of this story is out of the bag, as The Daily Mail and other news sites have exposed it.

How soon before the area is overrun by treasure hunters, modern Nazis, TV producers and others?

Is Harrison Ford up for one more Indiana Jones movie?

Pat Price: Killed Because of His Remote-Viewing Skills?