The Alien Autopsy Film: A Sci-Fi Show and Those Black Eyes

Every now and again people contact me about the controversial Alien Autopsy Film that surfaced in 1995. When it was first aired I suspected that the film showed the body of someone who had a rare, strange, medical condition. Various syndromes were put forward by people in the medical community. For a while, I even mused on the possibility of the footage showing a genuine alien. The controversy rumbled on for years. Twenty-five years later, just about everyone in the field of Ufology (including me) takes the view that the whole thing was nothing but a hoax - albeit a very well made hoax, it must be said. There are, however, a few people in Ufology who still cling to the theory that the footage is the real deal - whether of an alien or of a human. They really shouldn't, though. With that all said, I thought today I would share with you an aspect of the controversy that doesn't get the coverage it should. At one point in the film, one of those in the autopsy room removes a pair of eye-lenses from the creature. It's then that we learn the aliens do not have black eyes, after all. Those black eyes are actually just dark lenses that can be peeled off. Their eyes are pretty much like ours, but slightly bigger. This brings us to a certain U.K. television show called UFO. 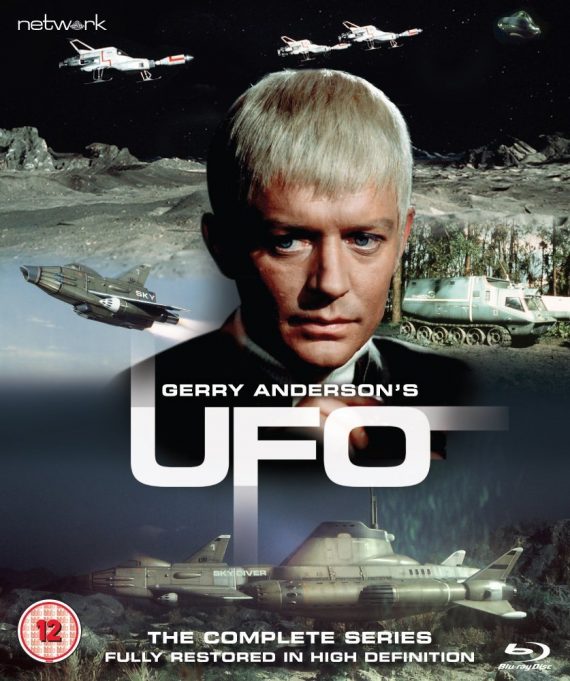 UFO was a popular sci-fi show that aired in the U.K. in  1970. It ran for 26 episodes. It was the brainchild of Gerry and Sylvia Anderson, who also created a bunch of other shows that entertained me when I was a little kid. They included Captain Scarlet, Thunderbirds, Fireball XL5, and Stingray. As for the theme of the show, the people at UFO Series.com state the following: "The series is set in what would have been ten years in the future - the early 1980's. It had been discovered that Aliens are coming to Earth and kidnapping people for unknown reasons. A secret military defense organization named SHADO ('Supreme Headquarters Alien Defence Organization') is set up and is just becoming operational in the first episode. SHADO's main headquarters is secretly hidden beneath a London film studio, and many SHADO personnel double as film studio employees as a cover. SHADO also has a base on the moon ('Moonbase') and a fleet of submarines ('Skydiver'). Incoming UFO's are detected by an Earth orbiting satellite ('Space Intruder Detector', or 'SID')."

Gerry Anderson's U.F.O Wiki note: "To protect their eyes the aliens wear opaque sclera contact lenses with small pinholes for vision. The show’s opening sequence begins by showing the image of one of these contact lenses being removed from an obviously real eye with a small suction cup, even though the lens is not shown in contact with the eye. The entire lens-removal sequence is shown in the pilot episode." Of particular relevance is the fact that the SHADO team discovers that the aliens' eyes are not what they appear to be when they perform an autopsy on the human-looking alien. In fact, in UFO the removal of one of the eye-lenses is the very first thing we see in the opening credits of the show!

As I said, the Alien Autopsy Film-UFO connection doesn't surface too often. In my mind, though, it's an integral part of the "AA" controversy that has lasted for twenty-five years. I'm sure those who still valiantly hang onto the claim that the film is genuine will find some way to squirm out of all this. And they will probably say that all of the above is just down to coincidence. But, with everything said, the most likely scenario is also the simplest one: certain aspects of UFO inspired the creators of the Alien Autopsy footage.

The Mysterious Disappearance of the Lady of the Swamp