The Bizarre Tale of Magdalena Solis, the High Priestess of Blood

The idea of a remote town full of cultists who believe in supernatural powers and perform human sacrifices is a common trope in horror films. The thought of these people living off the grid and quietly claiming their victims has a certain unsettling quality to it that makes it perfect for the genre. Yet, sometimes it seems that this trope is not totally confined to fiction. Back in the 1960s there was one such town in Mexico, populated by a cult of vampire killers and a place you would not likely want to visit. It is a story of murder, rituals, ancient gods, and a rags-to-riches tale of the woman who would rule them all as a vampire goddess.

The woman who would go on to be known as The High Priestess of Blood did not start out as particularly evil, but she did have a hard life. Magdalena Solis was born in the 1930s to a very poor family and grew up in a filthy, impoverished slum of Monterrey, Mexico. To help her dysfunctional, dirt poor family make ends meet, Magdalena took to walking the dark streets at night as a prostitute from a very young age, usually shadowed by her brother Eleazar, who also happened to be her pimp. It was not an ideal environment to grow up in to say the least, and Magdalena saw and experienced things that no young girl should see, but she was not a particularly malevolent person just yet, mostly just a scared youth who had been dealt a bad hand in life. In 1963 not much had changed for Magdalena, but she was about to have her life take a steep turn for the sinister.

In the nearby town of Yerba Buena, two brothers and petty criminals by the names of Santos and Cayetano Hernandez had started up a bit of a scam with the poor and illiterate locals. Somehow, they had tricked the populace into thinking that they were prophets for ancient Incan gods, and they deemed themselves to be the high priests of a cult devoted to worshiping them. The locals greatly feared the Hernandez brothers, who they believed to have vast supernatural powers, and so they paid tributes with the little money they had. To give the people some sense of hope and make control easier, the brothers promised that there were ancient treasures buried in the mountains, and that they would share these riches with the people when they found them, but mostly they kept the townsfolk in an iron grip, no better than slaves. Indeed, many of the townspeople were routinely kidnapped and forced into sex slavery and prostitution, and it was this drive to find more prostitutes that brought the brothers to Monterrey, where they would meet Magdalena Solis.

At the time, their cult had fallen on hard times, as the people were growing restless and dissent had been brewing, so upon meeting Magdalena and Eleazar, they came up with a ruse to fool and extort the people of Yerba Buena once again. They would present Magdalena as the reincarnated Aztec goddess Coatlicue, who was the goddess of the sun, moon, and stars, and make her a high priestess in their cult, and hopefully this would bring the people back in line. It worked. When Magdalena was brought to Yerba Buena she was brought out through an over-the-top special effects show of smoke and lights, which held the superstitious townspeople in the grip of awe and fear. To them she really was Coatlicue, and it was perhaps this rush of feeling so powerful that would lead Magdalena down a truly dark path.

After a life of destitution and suffering, to see these people bowing down before her and treating her as a goddess seems to have gone to her head. She began to truly buy into it all, believing that maybe she really was Coatlicue, and before long she had taken over the cult to become its top leader. The bad news for the people of Yerba Buena was that Magdalena had some very sinister ideas for the direction her cult should take. Her rituals became more gruesome and macabre, and her control over the people tightened, but her real taste for the horrific came after two dissenters were brought before her. All these two peasants wanted to do was leave the group, and they did, in a sense. Magdalena marked them to be human sacrifices to appease the gods, and ordered her followers to beat the two to death, after which she drank their blood and got the idea for a new avenue of terror for her cult to take. 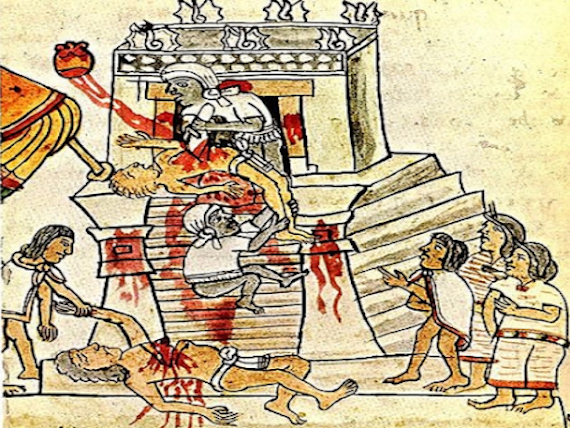 Magdalena began ordering blood rituals be performed, as well as regular human sacrifices, usually chosen from among those who were deemed to be without faith. When these sacrifices were carried out, often with followers under the influence of mind-altering drugs, the blood of the victim was then emptied into an ornate ceremonial goblet and drunk by first her, then the high priests, and then the followers who were present. Magdalena told them that drinking blood was a way to gain supernatural powers and to live forever, which was actually a recurring theme in Aztec and Maya mythology. At times the sacrifices were mutilated as well, their hearts removed from their bodies while still beating for ritualistic purposes, and over a mere 6-week period eight people in total would be sacrificed in “Coatlicue’s” honor in these drug fueled orgies of violence. They might have continued on like this from some time if it hadn’t been for a series of events that would prove to be their undoing.

In May of 1963, a 14-year-old local boy named Sebastian Guerrero was out taking a walk when he heard something coming from one of the area's many caves and went to investigate. There, illuminated by flickering torches, he saw for himself one of these blood rituals in progress, and as soon as he was able to snap out of his terror he ran all the way to the nearest town of Villagrán. He then told the slightly skeptical police that he had seen vampires in a cave killing and drinking blood, for that was what he thought they were, but the authorities thought this was just the ramblings of an overactive imagination. Nevertheless, one officer Luis Martinez decided to humor the boy and go check it out. He would never make it back. 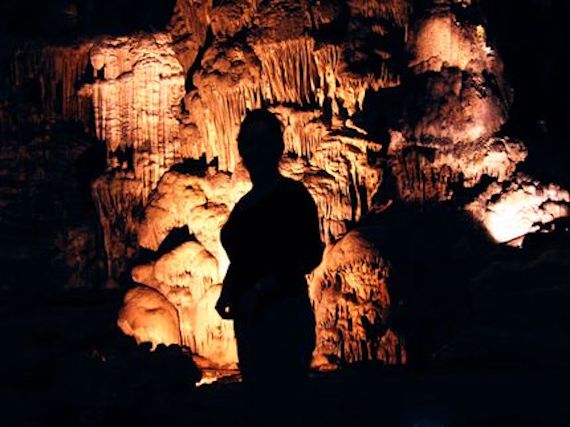 When officer Martinez did not return to his post, the police were suddenly more willing to believe that maybe something strange was going on over in Yerba Buena. Officers were sent to investigate, during which time they found the cave that the boy had spoken of, along with the hacked up, mutilated bodies of both Guerrero and officer Martinez, as well as six other bodies in various stages of dismemberment. Now truly alarmed, support was called in and a full sweep of Yerba Buena was conducted. Since the population of the town was only around 50 people, nearly all of whom were cultists, it did not take them long to find what they were looking for, and when they did it got very intense very quickly. Upon confronting one of the Hernandez brothers a shootout immediately commenced, during which Santos Hernandez was killed. The other brother would later be found dead, apparently killed by another cultist who took this as an opportunity for a power play. This shootout would be joined by other cultists, who took pot shots at police from barricaded rooms, caves, and other hiding places, and several of these townspeople were shot dead too. They found Magdalena and Eleazar in their home, wreathed in a cloud of marijuana smoke, and the two were arrested without a fight. Police also rounded up any cultists who had not been killed in the hail of bullets, and before long the tale of the High Priestess of Blood and her vampire cult was all over the news.

The trial did not go as smoothly as was hoped. The cultists were devoted to their high priestess to the end, refusing to testify against Magdalena, even when threatened with hefty prison sentences. Indeed, their refusal to point the finger cost them 30-year sentences in many cases, yet frustratingly they could only pin two of the murders on Magdalena and her brother, each of who would get a 50-year sentence. Rather mysteriously, the story of Magdalena Solis gets murky after this. She has never given any interviews about what happened and it is unknown where she is now, whether she is still languishing in prison, out free, or dead. We may never know exactly what happened to her, why Magdalena did what she did, or just to what depths her depravity sank, but it all makes for a rather gruesome and intriguing tale.

Possible Bigfoot or Giant Humanoid Seen and Photographed in Mexico