The Mysterious Death of Charles Morgan

To most people, 39-year-old Charles Morgan led a normal and fairly unassuming, some might even say, boring, life. He worked as the president of his own escrow agency at Statewide Escrow in Tucson, Arizona, and he had a seemingly content life with his wife and four daughters. There was nothing really that remarkable or ominous about him, and when he left his home on March 22, 1977 to drive two of his daughters to school, it was just a mundane chore that no one would have thought anything of. Yet after dropping the two girls off, he promptly vanished off of the face of the earth. And so would begin a mystery involving nefarious conspiracies, shady dealings, hitmen, and an unsolved death surrounded by myriad weird clues.

When Charles didn’t return by evening, his wife Ruth became very worried. It was not like him at all to just go off without saying anything, and she reported him missing. For the next three days no sign could be found of Charles, and then something very strange happened. At 2 AM in the morning, three days after her husband had apparently just disappeared into thin air, Ruth was woken by a banging on the home’s back door, and when she went to see who it was, she was surprised to see Charles standing there, apparently in a daze. He was allegedly in quite a state, with one shoe missing, one plastic handcuff around one ankle, and a set around his hands. When she tried to talk to him, he merely gestured towards his throat in a panic, so she sat her husband down with a pen and a pad and the story would get even weirder still.

Charles scrawled out on the paper that he had been kidnapped, tortured, and that his throat had been sprayed with a mysterious hallucinogenic drug that affected the nervous system, and that if he were to try and talk he risked swallowing it and going irrevocably insane or even death. The only way to keep this from happening was to not speak, and when his frantic wife begged him to go to a hospital he flat out refused, saying that “they” would kill him and the whole family if he did. He also told Ruth to move his car to the back so that these sinister mysterious assailants wouldn’t know he had come home. Ruth did as she was told, and for the next few days she took care of Charles, nursing him back to health. During this time the only thing he would say was that he had worked for “them” for around 3 years and that “they” had taken away his “Treasury identification.” He also implied that he was working for the federal government as an agent combating organized crime, although details were murky. This was all news to Ruth, and she had no idea what he was talking about. When she asked him for more information, he told her that the less she knew, the better, and that was that.

Charles slowly regained his ability to speak, but he refused to talk to his family about what had happened, and divulged nothing else about what had happened during the three days that he had been missing. At the same time, his personality changed dramatically. He veered off into a realm of extreme paranoia, constantly checking outside and refusing to let his daughters go out alone without him. In addition to this, he grew a thicker beard in order to change his appearance, and he took to wearing a bulletproof vest at all times. After some time had passed, he confided in his wife that he was working as an agent for the United States Treasury Department, and that it involved real estate fraud and money laundering being carried out by the mafia, something he had deep knowledge of working in escrow, and in this case he was testifying against two major mafia groups, these being the ominous Ned Warren family and the Joe Bonanno family. He told her that if anything were to happen to him, he would leave a letter behind explaining everything. Shortly after this, Charles Morgan vanished again after dropping his daughters off at school, and this time he would not be coming back.

Ruth and the police looked for the letter he had promised, but it never did turn up, and as the investigation seemed to be going cold Ruth received a mysterious phone call from an unidentified woman who called herself “Green Eyes," and simply said, “Chuck is all right. Ecclesiastes 12, 1 through 8,” before hanging up. Two days later, on June 18, 1977, Chuck would be found again, but this time he was a corpse, shot dead along a remote dirt road in the wastelands about 40 miles away from his home. When police arrived at the scene, they found that he had died from a gunshot to the back of his head, with the bullet going through the skull to lodge in his teeth. He was dressed in his usual wardrobe of a bulletproof vest, and he was also armed with a handgun and hunting knife, as well as various other firearms with ample ammunition in his car. Considering the handgun he had been carrying had been fired, it seemed as if he must have committed suicide, but other strange details would be found as well.

One was the gunpowder marks from the shot, which were found on his left hand even though he had been right-handed. Also odd was that the gun itself had been wiped clean of fingerprints, indeed the whole car had been totally wiped, despite Morgan not wearing gloves. How would he be able to wipe clean the weapon and scene after shooting himself in the head, and why would he shoot himself in the back of the head, anyway? There was also found in the backseat one of Morgan’s teeth wrapped in a white handkerchief, as well as a pair of sunglasses that did not belong to him in the front passenger seat. Other strange clues were a map that he had drawn by hand, which led to the spot where he had died, and a $2 bill clipped to the inside of his underwear. On this bill were found some references to Freemasonry, seven Spanish names, Acevedo, Bejarano, Caiero, Duarte, Encinas, Fuenteh, and Gradillas, and rather spookily the words “Ecclesiastes 12:1-8.” The bill also had written on the back the names of the signers of the Declaration of Independence numbered 1 through 7 and a map leading to the towns of Robles Junction and Salacity. What did any of this mean? No one knew. Unbelievably, despite all of this, police were eager to embrace the suicide explanation and sweep it all away.

Not long after the body was found, other strangeness would orbit the case. The woman calling herself Green Eyes made another call, this time directly to police, and she claimed that shortly before the death she had met with Charles at a local motel. Once there, she said he had shown her a briefcase stuffed with money, and claimed that it was to buy out a hit that had been put out on him by the mob. According to her, Charles had driven out into that desert with the money to meet with the hitman and buy him off, but instead the hitman had killed him and taken the money. Ruth would also have her own odd experience, when two men claiming to be FBI agents came to her house and tore it apart looking for something they don’t seem to have been able to find.

Even in the face of all of this, authorities would deem it to be a suicide, stating that there was no hard evidence that the mysterious woman’s story was true and no evidence of foul play. This was denied vehemently by Morgan’s family, who claimed that he had never been suicidal and would not have done that. The case was picked up by investigative journalist Don Devereux, who uncovered a good number of oddities. He says that he uncovered evidence that Morgan had indeed testified in a secret state investigation against the mafia, but when he contacted the FBI for more information, they claimed they did not even know who Morgan was. Devereux would say of this: 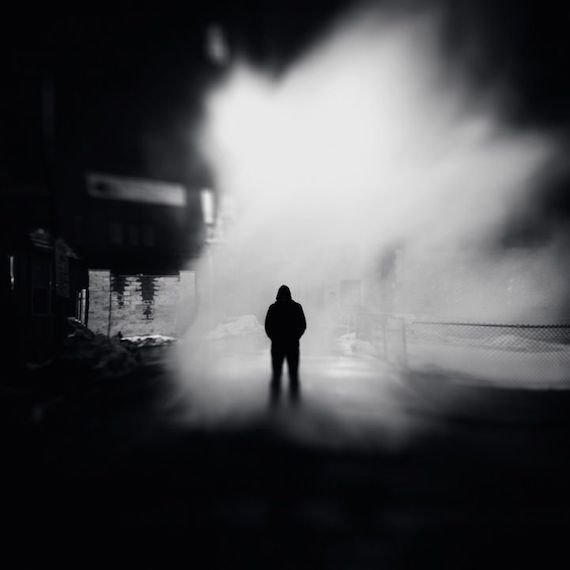 Quite strange, indeed. Devereux’s investigation would turn up other oddities as well, such as a man by the name of Danny Casolaro, who was suspiciously found dead in a motel bathroom from 12 slashes to the wrist after agreeing to share secret information on what Morgan had been up to. The police said it was a suicide. Someone also didn’t seem to like the reporter snooping around either, because there was also the matter of a man named Doug Johnston, who happened to work right across the street from Devereux, was found shot dead in his car, which just happened to be the same make and model as his, leading the reporter to suspect that he himself had been the actual target. Coincidence or not? Devereux has not let it deter him from pursuing what really happened to Charles Morgan, and has given his thoughts on the case:

I’ve never seen, in all my years as a journalist, a fellow take himself out in the desert wearing a bulletproof vest and shoot himself in the back of the head. There is a great likelihood that Mr. Morgan was, in fact, doing something with the government. I think this was a guy who was extremely naïve about a lot of things. I think somebody blew his cover and he got killed.

He was around the edges of a couple of very large organized crime groups in Arizona at that time. It was very easy to get in over your head, and I suspect that over the years, Mr. Morgan was in that kind of situation. He was doing, perhaps, upwards of a billion dollars of escrow work in bullion and platinum. These were transactions that only existed on paper. He was a straight businessman that probably got a little a too close to the flame.

I think the $2 bill provided the basis for some kind of a code. What seemed to be missing, however, was the document that the $2 bill would unlock. If he was quietly providing assistance to the U.S. government and monitoring the activities of one or more major organized crime families, then he wasn’t a villain. He was a good guy. And they need to know that.

What happened to Charles Morgan? What is the meaning of all of the clues surrounding his death? Who was Green Eyes and what part did she have to play? Was Morgan killed by sinister forces, and if so, why? Why did the FBI deny any knowledge of this case, and was someone out to get the one who was investigating it all? What was the meaning of the note on that $2 bill? It is all a baffingly strange case, permeated by dark conspiracies and cover-ups, and we may never know for sure. In the meantime, it is officially listed as a suicide.