The Mysterious Disappearance of Rudolph Diesel

Some of the mysterious disappearances that truly serve to fuel the imagination are those that have happened to well known people in society. If some nobody vanishes that is tragic, but if a famous writer, actor, or other celebrity walks off the face of the earth this tends to generate discussion and wonder for years to come. One of the strangest of these happened to a great inventor, who designed the diesel engine and is almost as famous for his mysterious disappearance as any of his groundbreaking inventions.

The German mechanical engineer and inventor Rudolph Diesel is one of the great innovators of our time. Born in 1858 in Paris to Bavarian immigrants, he developed a keen interest in technology and engineering from an early age, going on to study at the Industrial School of Augsburg, and from there receiving a merit scholarship from the Royal Bavarian Polytechnic of Munich. He would go on to assist Carl von Linde in designing and building of a modern refrigeration and ice plant, eventually taking over Lind’s business and moving on to engineer everything from refrigerators to steam engines, an area he was particularly interested in. After a horrific accident while testing a steam engine, he then pursued a new type of internal combustion engine that could replace the prevalent steam and gasoline, which he saw as terribly fuel inefficient. This would lead him to inventing and patenting the new diesel engine that carries his name, which could run on just about anything, revolutionized the automotive industry and heavy industries, and for which he is perhaps most famous. Yet, Diesel is probably just as well known for his mysterious end as he is for anything he did in life.

On September 30, 1913, Diesel boarded the steamship SS Dresden for a trip across the English Channel from Antwerp to London for an important business meeting with the Consolidated Diesel Manufacturing company. The trip started out normally and Diesel was reportedly not displaying any abnormal behavior, going to eat dinner onboard and retiring to his quarters at 10 PM as usual. Before going to bed, he specifically requested a wake-up call at 6:15 AM the next morning. As he went to bed there was nothing suspicious or off about any of it, yet he would never be seen alive again.

At 6:15 the wake-up call was carried out, but no one answered the cabin door. When staff entered the room, they were surprised to find that Diesel’s room was empty and his bed had not even been slept in. On top of the undisturbed bedding were his neatly folded nightclothes, on the table next to the bed was laid out his watch where he would be able to see it, and under the afterdeck railing were found his folded overcoat and hat. Of Diesel himself there was no sign, and a search of the entire ship found no trace of him. Oddly, no one even could remember having seen him anywhere on the ship after 10 PM. It was immediately puzzling, and gained quite a lot of media attention due to Diesel’s celebrity status, but no one could quite figure out what happened to him. He had simply stepped off the face of the earth.

One idea was that Diesel, who was known to be an insomniac, had taken a stroll and somehow fallen overboard during the night, but the seas had been clear and calm and this was seen unlikely. Another possibility was that he had committed suicide, as it would soon be uncovered that while everyone thought he was rich off his invention, in reality he was found to have been nearly broke, having hit financial difficulties due to a series of bad investments. Indeed, although he hadn’t revealed this information to anyone, Diesel was found to have been around $375,000 in debt. Yet, by doing this he had put his family in even more dire financial straits, something he wasn’t considered likely to do, and furthermore he had left no note or said anything that could have been suicidal in the days leading up to the disappearance. Also, if he was planning on killing himself, why request a wake-up call at all? The only odd clue towards the suicide theory was that he had left his wife a suitcase before boarding, which he had instructed her not to open for a full week after his departure, and which turned out to be stuffed with pretty much all the money he had left. Did he know he wasn’t coming back or that something bad was going to happen? Another weird clue that was turned up that could have a connection is that Diesel had drawn a small cross in his journal next to the date he vanished, but it is impossible to know what significance this has, if any. 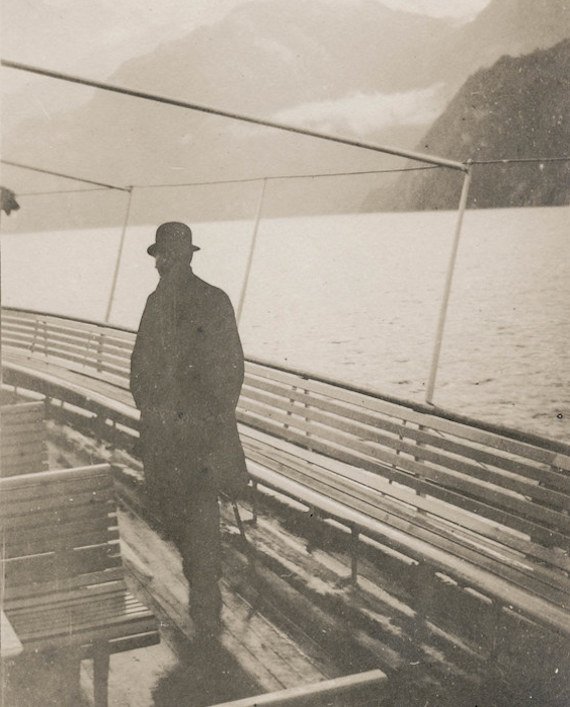 Of course, there were many conspiracy theories swirling at the time, the most popular being that he had been assassinated by either a competitor or someone within the petroleum industry, which his invention had seriously challenged. Surely a lot of people in the oil and steam industries were not happy with the advent of the diesel engine, which was seen as a threat to their monopoly, so could one of them taken it upon themselves to erase him? Another idea was that he was murdered by another inventor, and there was even talk that the German SS might have targeted him because of the diesel engine’s importance in the development of the U-boat, seeking to silence him on what he knew or keep him from helping the British. Other ideas were that he had run off to start a new life, with there even being reports that he had moved off to Canada. There were no real clues for any of this, however, and in the absence of a body or any further clues it was all complete speculation. Then, a new series of events would unfurl which would provide new insights, but very few answers.

Ten days after the disappearance, a Dutch tugboat called Coertzen, was off the coast of Norway in the North Sea when they discovered a body in the water. It was extremely decomposed beyond the point of being able to identify and they had no space for it, so the crew took the belongings from it and threw the fetid corpse back overboard. Diesel’s son would later confirm that the items had belonged to his father, but with no body it was still officially uncertain. Oddly, not long after this another body would be found floating about in the sea near the mouth of the Scheldt river, but it was not retrieved and there is no evidence at all that it was Diesel. Even if the first body was that of Diesel, since it was never examined for a cause of death there is still no way to know what happened to him, or if this had been a suicide, accident, or murder, and the body was never recovered. With no further clues, no witnesses to the actual death, and no concrete body, the case is just as mired in mystery as it always has been. What happened to this great inventor? We will probably never know for sure, and his mysterious disappearance and death remains inextricably entwined with the legacy of his life.