The Mystery of the Vanishing Tanker

We all lose things sometimes, or forgot where we parked our car. It's a natural part of life. Yet at times there seems to be some pretty big things that go missing. Just about as big as you can get is a giant oil tanker, and one would think that it would be a pretty hard things to lose. Yet in recent years there is the case of just such a thing happening, when a gigantic tanker vessel just disappeared into thin air.

On December 27, 2018, the vessel Namse Bangdzod departed from Sampit, a port town on a river in Borneo in Central Kalimantan, towards the Tanjung Priok Port in Jakarta. This was no tiny little boat, but rather a 250 foot-long, 1,950-ton oil tanker carrying 1 million liters of crude palm oil as its cargo and a crew of 1a and the captain. As it made its way towards its destination everything was going according to plan, and this was a routine voyage they had been through many times before. However, although their arrival was expected the next day, the Namse Bangdzod didn’t show up as scheduled, and it fact has never been seen again.

At some point on December 28, the vessel was in the waters of Ujung Karawang, off West Java, when all radio contact was abruptly lost. A search was launched for the missing vessel by the Navy and the National Search and Rescue Agency, but no sign of it could be found, leading to a full investigation, even as government-owned and commercial vessels continued to comb the Java Sea. Tracking data showed that the tanker had been in those waters until up to January 3rd, but that it had displayed erratic behavior, changing course several times without explanation in behavior that was described as "rather hectic and kind of confused." Another mystery was that its Long Range Identification and Tracking (LRIT) system, with which all ships exceeding 300 tons are required by law to equip for safety, had seemingly been disabled after its last official verified location. There was no distress call at any point, either, suggesting that whatever had happened did so very suddenly.

Also rather odd is that in locations where the tracking had shown the tanker to be, there was no sign of the immense vessel anywhere despite scouring these places. It was also very odd that there had been no distress call issued, so theories began to swirl. One idea was that it had been hijacked by pirates, with deactivation of the LRIT system not uncommon for ships wanting to avoid piracy, and pirates might have done it themselves, but the Indonesian Navy disagreed with this, partly because there had been no ransom demand and no distress call, and also because the area was considered a safe shipping zone. Arba Agung, who heads the Navy Information Agency in 1st Fleet Command, would say of this:

If it were hijacked, it would involve a third party, but there has been no ransom demand reported, at least so far. We must go deeper into this case first. Indeed, it could have been hijacked, but we have no idea who did it because no ship has been hijacked in the past three years in our sea area. 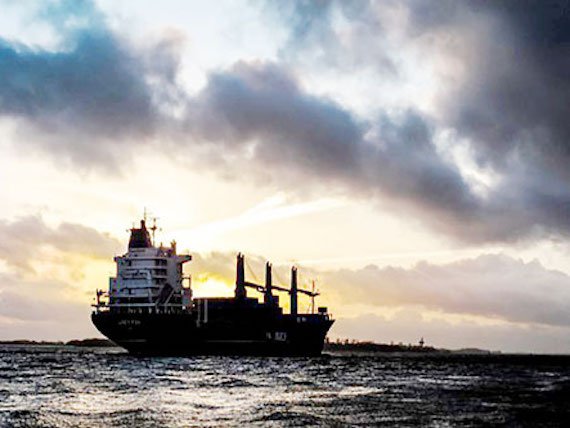 Another idea was that the vessel had sunk, but this would be unlikely as there had been no distress signal and it had been operating in clear weather. Likewise, the idea that it could be adrift at sea was quickly ruled out for the same reasons. It has been speculated that the transponder could have been faulty or malfunctioned, but even then, where could the tanker have possibly gone? Where in the world did it go? One other theory is that the tanker was the victim of a kind of maritime identity theft, with a second vessel up to nefarious business such as smuggling or illegal fishing falsely transmitting data as the Namse Bangdzod in order to conceal what it was doing. Shipping expert Dr. Tristan Smith, of the University College London, would say of this:

In this scenario, it would normally be expected that both the legal and illegal transmission would be received but depending on how Marine Traffic handle this, it's possible the two signals could be confused.

Continuing searches have turned up no evidence of the whereabouts of the Namse Bangdzod, and there has also been no trace of any of it being salvaged or its cargo being sold on the black market. It is as if this massive tanker has just sailed right off the face of the earth. Interestingly, another tanker would vanish in the same waters not long after this, when the tanker 190-metre bulk carrier Nur Allya was transporting nickel ore between North Maluku and Southeast Sulawesi provinces and just sort of blinked out of existence after a single distress call. Neither of these two vessels have been seen since. What happened to this tanker? Was it hijackers? Lost at sea? UFOs? No one knows, and it and its crew have just vanished into thin air.