The Secret Experiment At Rendlesham Forest Was Not the Only One

One of the things I highlight in my new book, The Rendlesham Forest UFO Conspiracy, is the fact that the events of December 1980 in those woods were not alone. Several such experiments were undertaken in the U.K.  The following incident - one of at least five - which is very similar to the collective Rendlesham Forest events, occurred in the early 1990s at yet another military base in Suffolk, England. On this occasion it was RAF Lakenheath. As Militarybases.com state of the base: "Royal Air Force Lakenheath is a RAF military base that is run and operated by the U.S. Air Force. It exclusively hosts American troops. It is located in Suffolk, in the eastern part of the United Kingdom…The installation is a co-base run by the Americans under the British regulations and laws…It was activated on site in 1952 and represents one of the longest lasting units in the Air Force, serving in the area for almost 60 years. The wing counts almost 8000 individuals. About 2000 of them are British civilians and family members, while almost 6000 are active military troops."

The original source of the story was a UFO researcher named Roy Wilkinson. He shared it, in the late-1990s, with Matthew Williams. The latter is someone who, for a number of years, was a Criminal Investigator with Her Majesty’s Revenue and Customs. Today, it is called HM Revenue and Customs. Williams told me that it was late one night, during the course of military operations in Suffolk woods, when something very strange happened. Over to Williams: "A report came through that on one particular night those on maneuvers should expect to see something being tested in the area; and when the testing was taking place, they were to ignore it: pretend it’s not there and carry as normal." Quite understandably, as Williams says: "They found this a bit hard to do, because when this thing came along, it was actually a ball of light and was too small to be manned – so it had to be a remote drone of some kind, they thought. But, it was pure light, no mechanics, no rockets, no noise, which makes me think it wasn’t a drone. And this thing moved silently above the area where they were on maneuvers – off the base and in the woods."

Back to Williams: "Then, the light increased in intensity and illuminated the whole area like a flare would. Everyone stopped what they were doing, and just broke their orders. They watched this thing for a minute or so, and then it diminished in size and went off at a high speed into the distance. Everyone was talking about this and, really, it unnerved them to a certain degree. The whole evening’s events were then called off, because everything was in such a state of disarray. If the military experimented with things which could be perceived to be UFOs, i.e., balls of light, then – because of their knowledge that the event was going to happen – they would have to have those UFOs stored somewhere near." 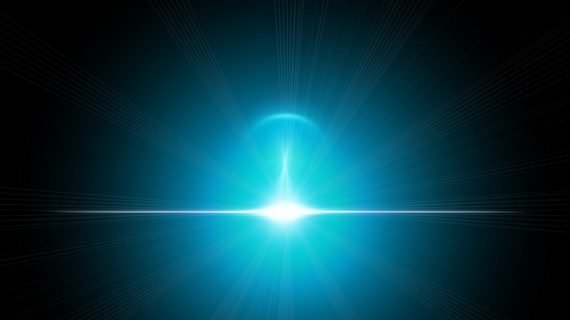 Both tellingly and suspiciously, the very next day several of the personnel involved were extensively questioned by senior officers. Those senior officers wanted to know what the witnesses thought of the incident: did they believe the statement that something had been "tested" in the skies over Suffolk? Or did they distrust their senior officers, and think it was really a UFO that was encountered? Could it have been an alien spacecraft? Did anyone have strange dreams after returning to their base and falling asleep after dawn? What was it that caused them to go against their orders? Was the whole thing too fantastic and panic-inducing to prevent the men from operating in the ways expected of the military? These were fascinating - almost bizarre - questions. They were also questions that suggested the senior officers in charge of the operation were very keen to see what the effects were on the men who were exposed to the phenomenon. With a fair degree of hindsight, we can say that the Lakenheath incident was a perfectly orchestrated operation designed to see just how far and wide the human mind could be tampered with – and using unwitting military personnel as the targeted individuals. Just like the Rendlesham Forest affair.

The Mysterious Case of an Exploding UFO, a Dead Dog, and a Man in Black