The Sinister Tale of a Metal-Fanged Serial Killer

Serial killers have been out hunting on the periphery of society since as long as we have been around, and they always manage to inspire a mixture of dread and wonder. What makes someone suddenly decide to take another's life in the most brutal of fashions? Some serial killers over the years have really managed to stand out from the rest, creating a legacy for themselves that reads almost more like a supervillain than a normal criminal, and one of these prowled the countryside of the Soviet Union back in the 70s and 80s. This was a man who not only did not fit the typical profile of a killer, but also managed to be highly elusive, and just so happened to have metal teeth.

Born in 1952 in Uzynagash, in the Soviet Union, the man known as Nikolai Dzhumagaliev did not start out as a particularly sinister individual. He grew up in a happy, well-to-do family and did well in school. He wasn’t a trouble maker, he didn’t torture animals, and he was not abused by anyone in his family. He was a happy, intelligent, and mentally stable boy and then young man, and there was nothing was to suggest that he would be anything other than a normal, law abiding citizen. Upon graduating railway school he began work on a railway in Atyrau before being conscripted into the Soviet Army, where he was involved with chemical weapons research, and upon leaving service he travelled all around the Ural Mountains, Siberia, and Murmansk, doing a number of various odd jobs, including sailor, firefighter, bulldozer operator, and electrician, and through none of this was there anything particularly abnormal about him, except for his teeth, which were white metal fittings with sharp edges that he had had installed after breaking his teeth in a fight. Other than that oddity, he was mostly just a nondescript drifter, aimless and filled with wanderlust like many young men, but this would all change, and he would go down a dark and sinister path.

The turning point for Dzhumagaliev, when he first began his metamorphosis into the monster he would become, can probably best be tracked to 1977, when he finally returned to his home of Uzynagash after years wandering all over the Soviet Union and took up work as a firefighter. While there he promptly contracted syphilis and trichomoniasis, and which he suffered from for years, a condition which is now largely blamed for something evil in the dark depths of his mind coming to the surface. In his feverish state he began increasingly thinking about hunting, which was something he had always enjoyed, but now he found his mind filled with fantasies of hunting not animals, but people. He became absolutely obsessed with the idea, and so began making plans to actually do it. He started prowling the Uzun-agach-Maibulak walking track, lurking in the shadows and watching people walk by, hesitant at first but driven by a cold desire lodged in his mind, and he would make his first kill in January of 1979, saying of it:

I always loved to hunt, often went hunting, but this was my first time hunting a woman. When I went out on the Uzun-agach-Maibulak track, I saw some young peasant woman. She was alone. I felt my heart pound within me and I ran after her. Hearing my footsteps, she turned around, but I caught up with her and put my arm around her neck, dragged her to the side of the landfill. She resisted, and then I cut her throat with a knife. Then I drank her blood.

Dzhumagaliev went far beyond just drinking his victim’s blood. He would brutally butcher the woman’s body and stuff what he could into his backpack, hauling the parts home in this bloody sack to cook and eat. The haul took him a whole month to finish, and this gave him a taste for not only murder, but for human flesh, and he would say, “The first time I ate human flesh, I had to force myself, but then I got used to it.” Not satisfied with just one victim, he began planning to kill again. In the meantime, the mangled corpse of his victim was found discarded out in the woods, but authorities labelled it a cold case, and Dzhumagaliev was not even considered a suspect. In fact, he was completely off their radar, and this only emboldened him. 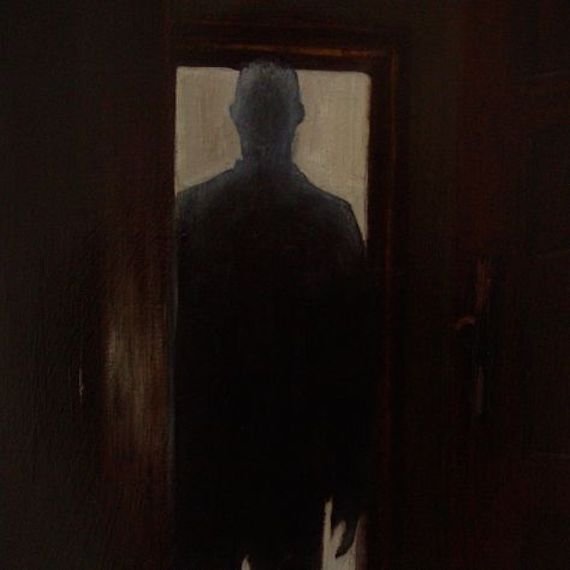 Throughout that same year, Dzhumagaliev would go on to kill at least six more people, quite possibly more, often cooking up his victims and serving them to guests unbeknownst to them, although he always saved the best cuts of meat for himself. Through all of this he was never once looked at by police, and no one had the slightest idea that a coldblooded, vicious killer was living amongst them. The only hurdle for him was in the summer of 1979, when he was arrested, but it was not for butchering people and cannibalism, but rather because he accidentally shot another fire fighter during a drunken daze. During his incarceration, he was diagnosed with schizophrenia, but they still released him after less than a year, and at no point at all was he connected in any way with the mysterious murders and disappearances that were going on in the area.

This was all just a minor setback for Dzhumagaliev, and after release he promptly went back to killing people and eating them, committing at least three more murders in rapid succession. It was not until his 9th confirmed kill that he would get sloppy. In December of 1980, the metal-toothed killer invited some friends over for a dinner party, and at some point, it seems that he just couldn’t help himself. He lured one of the guests into another room and killed him, and it was as he was cutting up the corpse that another guest stumbled upon the scene and fled in a panic as Dzhumagaliev continued calmly dismembering the body with a hatchet while in some kind of trance. That was the way police found him when they arrived, naked, covered in blood, and still making cuts of meat from what had been his friend. Unbelievably, the arriving police were so shocked and sickened by the macabre scene before them that they hesitated, and that was when Dzhumagaliev just sort of ran right past them, careening off into the night nude, smeared with blood and gore, and still with his hatchet in hand. Fortunately, the authorities were able to find him hiding out in the mountains the next day, and he was arrested. His vicious crimes and interesting choice of dental gear earned him the name “Metal Fang,” and he was all over the news. Amazingly, another serial killer by the name of Alexander Skrynnik was operating at the same time in the region of Chișinău, leading to rumors that Dzhumagaliev was still on the loose and had escaped, but he was actually safely in custody. The escaping would not happen until 1989.

Dzhumagaliev was put in an insane asylum in Uzbekistan, where he languished for 8 years, before being transferred to a more minimal security facility. This would prove to be a bad idea, because as they were transferring him, Dzhumagaliev managed to commandeer the vehicle they were moving him in and get away. Unfortunately, police could not locate him again, and for the next few years he was on the loose, much to the horror of the public. Here was a metal-toothed manic who had killed at least 9 people and by some estimates many more, running around unfettered. He was a boogieman, a demon, and rumors sprang up all over the country of murders that had been committed by him while on the run, all while he was being sighted out in the wilderness and remote mountains like some kind of Bigfoot. Knowing that it would be hard to hide out in his hovel in the forest forever, as the police search drew nearer he tried a ruse to make the authorities think he had relocated to Moscow by having a fake letter sent from there by a friend, which he made sure was intercepted by police.

Although he wasn’t really in Moscow, police concentrated their search there, and witnesses came forward claiming to have seen him prowling the city. Luckily, in 1991 they were able to finally track him down when he was arrested for stealing a goat in the Ural Mountains, after which it was realized who he was and he was arrested again. Authorities would pin a 10th murder on him in 2014, and it is thought that he might have killed as many as 100 over the course of his entire murder spree. From this point on, the story of Metal Fang gets a little murky. Authorities stopped talking about him and made efforts to get him out of the news, wanting to sweep him under the carpet. While he had been all over the media for some time, suddenly everyone sort of forgot about him. Although it was presumed that he must have remained in custody, there were some news reports that began making the rounds in 2015 that he had escaped yet again. Oddly, authorities in Uzbekistan refused to confirm or deny this, which has been seen as an attempt to avoid sowing the kind of panic that his last escape had generated. The following year this was claimed to be a hoax. It is a curious case and grim history all the same, and we are left to ask. Is this a hoax or is Metal Fang out there again, perhaps having someone for dinner tonight?

Paranormal Helpline is Getting Popular