One trope that pervades fiction and movies is that of the evil twin or doppelgänger, someone who looks exactly like us, yet has a darker agenda. The idea that there is someone out there that looks just like us and could be up to no good is an unsettling thought, but at least we wouldn't be wrongly arrested and charged for what our double does, right? Well, apparently this was not always so clear-cut. If you are thankful for the ability to tell from your fingerprints that you didn't do it, well you can thank the two doppelgangers who turned up at a prison to challenge the very way we process and record criminals.

The bizarre story starts in 1903, when a man by the name of Will West was brought to the Leavenworth Penitentiary in northeast Kansas, in the United States, on charges of a relatively minor crime. However, the clerk in charge of processing the incoming prisoners was immediately on alert when he saw West come through those doors. The startled clerk asked Will something along the lines of “What have you done now?” to which the puzzled prisoner said he had never been to Leavenworth before and had no idea what he was talking about. The clerk was sure that he had seen him before, though, and he went to go retrieve some older files from the prison records.

When he came back, he showed Will a series of mugshots from 1901, which showed a man that looked identical to him in every way, and his name was even William West, who had been incarcerated on charges of first-degree murder. The prisoner who had just come in adamantly denied this, indeed he insisted that he had never even been arrested before, and demanded to know where they had gotten his picture from. Considering the time period, and the fact that he was African American, Will was certain that they were in the process of trying to set him up for a crime he didn’t commit, but the pictures didn’t seem to lie. They looked identical, right down to their measurements and name, and at the time the main way used for identifying and documenting criminals was what is called Bertillon measurements. In this system, which had originally been designed by a French criminologist and biometrics researcher named Alphonse Bertillon in 1897, criminals were identified solely on their mugshots, a description of the face, full names, and physical measurements. According to this system, Will and William West were the same people. What was going on here?

After doing a double check of the system, it was oddly found that the murderer William West was still incarcerated there, even as Will West stood before the startled clerk looking just like him. In fact, it would turn out that the two Wests were completely unconnected, unrelated individuals who just happened to look uncannily like each other and have the same names, to a degree that the old, Bertillon way of doing things was exposed as being wholly inadequate. Even when stood next to each other there was virtually no way to tell the two Wests apart, with the same height, same weight, everything except for a very slight 7 mm difference in foot length. Historian and ex-guard at Leavenworth prison, Kenneth LaMaster, has said of the unusual case:

It was a pretty reliable system but, there were people who had very similar Bertillon measurements then, all of a sudden, you get these two guys that look pretty darn close to each other and if just starts clicking that maybe there's a better system we can evolve into or a better way to identify these guys.

In order to better be able to differentiate the two and others like them, authorities were forced to change their ways and go back to a more ancient way of identifying people, namely fingerprints. The use of people’s fingerprints to identify them has been around for thousands of years, since at least the ancient Egyptians, and it had been known for a long time that different people had different unique fingerprints, but it had never been considered as a way to identify criminals until 1891, when an Argentine Police Official Juan Vucetich began using it as a means of cataloguing perpetrators of crimes. In 1901 the method had been refined and caught on in England as well, but in the United States it had still been all about the Bertillon method, which was obviously obsolete. 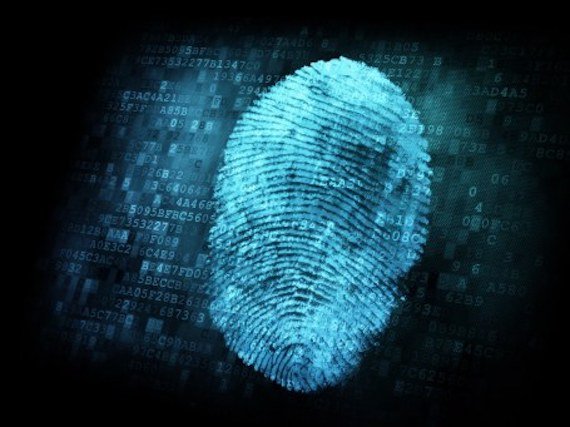 With the West case, it was clear that the system was flawed, and so criminal processing and identification procedures in the United States were completely overhauled to change to the fingerprint system in light of this. From 1903 onward, criminals were processed and recorded based mostly on their fingerprints, and from there the practice caught on worldwide as a primary means of reliable identification. By 1905 the military was using it, and by 1911 the technology had come along enough that fingerprints became admissible as evidence in court cases, with the first conviction on this evidence being the murderer Thomas Jennings, who was then executed in 1912 despite his appeals against this new system, and the rest is history. It was considered a truly objective, infallible way. By 1980 the first fully functional computer data base of fingerprints was developed, called the Automated Fingerprint Identification System (AFIS) was brought online, and at present there are over 700 million individual fingerprints entered into the system.

Although DNA and other biometric systems such as retina scans have come into popularity in recent years, at present, the fingerprint system is by far the most pervasive, used by every law enforcement agency the world over, and it’s amazing to think that our whole way of collecting evidence and recording criminals was all due to two unrelated men who just happened to be bona fide doppelgängers of each other. The story has gone on to become almost legendary, and has attracted its fair share of unverified versions, such as that the man Will, charged with a minor crime, was actually the real murderer, or that they were in fact identical twins separated at birth, but none of this has ever been proven. In the end it is a bizarre little historical oddity that has managed to entirely change the way we do things, and if your evil twin is ever arrested, you have the Wests to thank for making sure you don't take the fall.

Evidence Of A Major River That Once Flowed On Mars