Twitter Users are Apologizing Online to a Cursed Doll

Can a doll curse someone over the Internet? Does your answer change if you know it’s Robert  -- the infamous cursed doll? Is that persistent flicker during your Zoom meetings really just a glitch … or something sinister caused by you merely looking at an image of Robert? Even worse, did someone look at Robert and cause the pandemic? As absurd as that may sound, before we go any further, can I hear a “Sorry, Robert!”?

@7Xbjd
GUYS THIS IS NO JOKE, THAT DOLL IS FUCKINF CURSED ASF. I DIDN'T BELIVE IT BUT NOW MY FRIEND IS POSSESSED Loudly crying faceLoudly crying face #sorryrobert I'M SO SORRY FOR EVER DOUBTING YOU

@boniito_flakes
PSA for those curious/ confused but do NOT go into #sorryrobert someone posted a picture of a very haunted doll named Robert, without its consent and basically if you do see it you just need to say you're sorry to prevent him from cursing you (i wish i was kidding)

The Twitter feed #sorryrobert is dedicated to apologies to Robert, a not-so-lovable doll (see a picture here … if you dare) whose strange powers were chronicled by its original owner and namesake, Robert Eugene Otto, and by a young girl who many years later found it in a box in the attic. Possessing a non-memorable cinematic name (like Annabelle), tales of Robert’s alleged powers (moving objects, moving himself, causing accidents, threatening (in her mind) to kill the young girl) inspired the movie doll Chucky in “Child’s Play.” 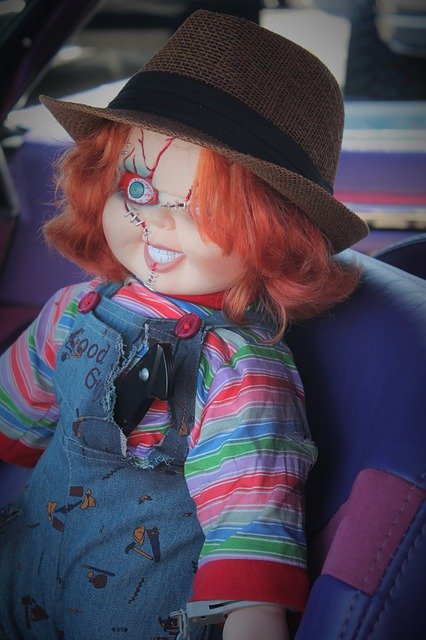 However, it was Robert’s life in a display case at the East Martello Museum in Key West, Florida, that inspired the “Don’t look at Robert” curse. According to the legend, anyone wanting to take a picture of Robert must first ask permission. If his head tilts, don’t take a picture! And if you forget and don’t take a picture, you must apologize – in person or in writing (the wall at the museum is covered with letters of apology) you will be cursed and suffer … you know, bad things.

“I snapped his picture, not once but three times … All the 50 plus pictures that we had taken in Key West were suddenly gone. We went parasailing the next day. The boat capt. took a video of us in the air. Got back home, the disc was blank. Went to a camera store and they could find no reason why our pictures were gone and why the disc was blank. I have also been hearing some strange noises during the night since I've been home.”

Not exactly a pandemic, but enough to cause a visitor in 2009 to apologize to Robert. As word of the curse spread, stories began popping up on the Internet of people being cursed merely for looking at Robert’s picture remotely without asking permission. Silly urban legend linked to coincidental incidents? Robert and its current owners aren’t helping – the museum has a Facebook page and website with plenty of pictures just waiting to pass on the alleged curse. One Facebook page known for chronicling stories of Robert warns against saving the image or tapping on the screen. Others note that this Internet version of the curse has happened before.

Of course, the original curse has to do with taking a picture of the actual Robert without asking for permission first. What is causing the latest round of Twitter apologies as reported in The New York Post? An educated guess would be the lack of concrete causes of the current pandemic and the hopelessness so many people feel in searching for ways to deal with the actual virus or just the stress caused by it. If the government isn’t helping and praying hasn’t worked yet, what’s the harm in apologizing to Robert … just in case?

UFOs: When Fact and Fiction Become One