UFOs: When Fact and Fiction Become One

A few days ago I wrote an article here at Mysterious Universe on the possibility that the acclaimed movie director Billy Wilder may have known something about the Roswell affair of July 1947 - and turned that knowledge into a movie: 1970's The Private Life of Sherlock Holmes. On a similar angle, today I'm going to share with you certain other data that suggests the world of entertainment and UFO conspiracies is nothing new. In 1948, Bernard Newman wrote a book called The Flying Saucer. It told a story of a faked UFO invasion, designed to create a one world government. Newman was an expert in the field and history of espionage and performed a number of secret operations for U.K. Intelligence during the Second World War. Dennis Wheatley was a renowned writer of horror novels. He was also a member of the U.K. government’s Joint Planning Staff, which was a part of the War Cabinet. Such was the level of respect the government had for Wheatley, he received the rank of Wing Commander – something that made him then the first civilian to have been given such a level. Wheatley’s 1952 novel, Star of Ill-Omen, is a story of hostile Martians who are determined to take over our world. Imagine something along the lines of an earlier version of the 1996 blockbuster movie, Independence Day, and you won’t be far off. 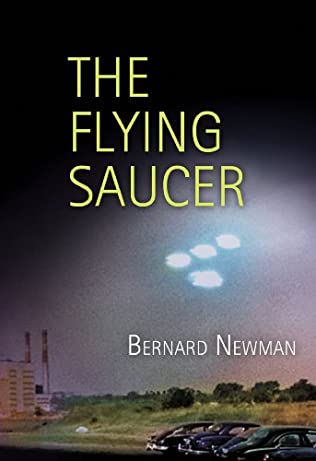 Nineteen-Ninety-Nine was the year in which Nick Pope's Operation Thunder Child novel was published. The basic theme is that of a hostile assault on the U.K. By whom? By dangerous extraterrestrials, that’s who. When the news surfaced on the Ufological grapevine, it was all but guaranteed that some UFO researchers would suggest that Pope had written a story that was based on top secrets he had learned of while working in the MoD. There’s no evidence that there was any truth to those suggestions. Although, it must be said that Pope was not beyond cultivating an air of intrigue and mystery about himself. He did it very well – and I’m sure that Nick, and his publicists at Simon & Schuster’s publishing house, would agree with me. Nevertheless, Pope did make a few comments that are worth noting.

When the news of Operation Thunder Child’s then-looming book surfaced, I asked Nick Pope about his novel. I wanted to know what his response was to the fact-vs.-fiction scenario of his then-soon-to-be-published book that had the UFO field, of that time, buzzing. Pope replied: "Even to you, Nick, I can’t comment on that. But, let’s put it this way: Operation Thunder Child is going to be more controversial than Open Skies, Closed Minds or The Uninvited. And, indeed, the Ministry of Defense may have more of a problem with it. Mainly because it’s going to feature real locations, real weapon systems, real tactics, real doctrine and real crisis management techniques. It’s going to blend my knowledge and experience of UFOs with my knowledge of crisis management – such as my involvement in the Gulf War, where I worked in the Joint Operations Center." Moving on...

The publishers of Ralph Noyes’ 1985  novel, A Secret Property (Quartet Books, Ltd.) provided their readers with the following background on their author: "Ralph Noyes was born in the tropics and spent most of his childhood in the West Indies. He served in the RAF from 1940 to 1946 and was commissioned as aircrew, engaging in active service in North Africa and the Far East. He entered the civil service in 1949 and served in the Air Ministry and subsequently the unified Ministry of Defense. In 1977 he retired early from the civil service to take up a writing career, leaving in the grade of under Secretary of State. He has since published several pieces of shorter fiction, most of them on speculative themes."

The publishers added: "For nearly four years, until late 1972, Ralph Noyes headed a division in the central staffs of the Ministry of Defense which brought him in touch with the UFO problem. Since his retirement he has become increasingly interested in this subject, among others which lie on the fringes of present understanding. He sees speculative fiction as the ideal mode for grappling with these unusual areas of experience. But A Secret Property is not only fiction but also 'faction'–at least to the extent of drawing on Ralph Noyes’s lengthy background in the Royal Air Force and the Ministry of Defense." 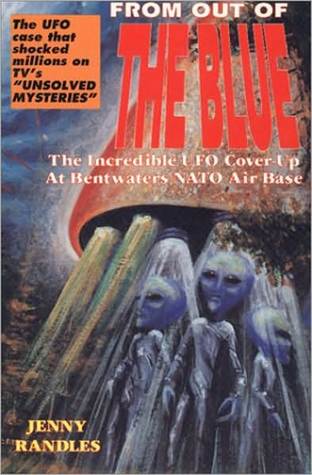 A Secret Property is a thinly-veiled, fictional version of what happened at Rendlesham Forest, Suffolk, U.K. in December 1980. Most important of all, it is not the matter of how much data and material Noyes chose to fictionalize in A Secret Property. Rather, it’s the theme of Noyes’ story that is so important and relevant to us – more than thirty-five years after his book was published. In her 1991 book From Out of the Blue, Jenny Randles said of Noyes’ book that it involved a technology that "produces etheric visions of aliens and spaceships" and that can "effect the real world in various hazardous ways." This issue of "visions," in relation to a fictionalized tale of what happened at Rendlesham Forest, eerily mirrors the data provided in my new book, The Rendlesham Forest UFO Conspiracy. Do I think Noyes knew of this "vision"-based top secret experiment? Yes. And did he choose to fictionalize his secret knowledge and insert it into the pages of A Secret Property? Yes. You may be surprised how, sometimes, secret facts surface in the guise of fiction.