When the Phantom Black Dogs are Accompanied by People

Most people who have an interest in  the fields of Cryptozoology and the supernatural will have heard of the "Phantom Black Dogs." If, however, you have not, here's a brief summary. The Anomalies website states: "Tales are told of a large semi-phantom dog with fur that's blacker than the night and eyes that burn like red coals. These 'Black Dogs' appear and disappear in a moment, and can be solid as any true dog or thin as smoke whenever they wish. Black Dogs are one of the more complicated paranormal phenomena reported, both having a clearly legendary base of stories coupled with claims of first and second-hand actual sightings and encounters. Are they a story that has come to be mistaken for real? Or are they a real phenomena that has been cloaked in myth? It's unlikely a clear answer will ever be found."

Modern Farmer provides the following: "Tales of monstrous black dogs, often with glowing red eyes, abound worldwide, but especially in England. Black Shuck is a popular one, but many regions have their own versions. They're called The Gurt Dog, Padfoot, Barguest, The Hairy Hound, The Yeth Hound and the Grim, among other names. In the Isle of Man they're called a Moddey Dhoo...Black dog legends inspired Sir Arthur Conan Doyle’s 'The Hound of the Baskervilles' and a Grim makes an appearance in 'Harry Potter and the Prisoner of Azkaban.' A cursory search will reveal numerous Black Dog Pubs, Black Dog Restaurants and Black Dog Inns scattered across England." 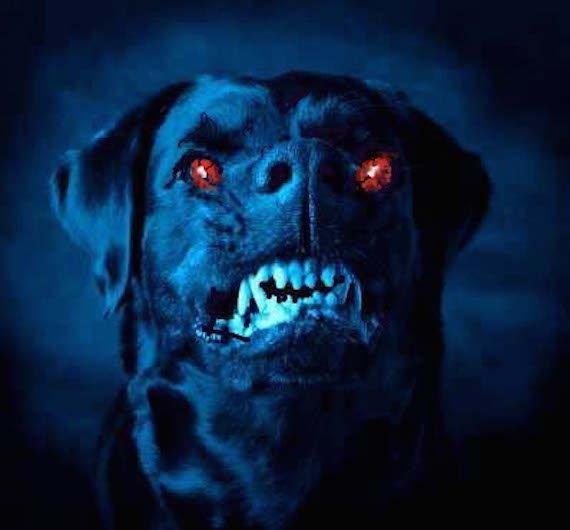 There is an even weirder aspect to the PBD phenomenon. Namely, on occasion they are seen with people. Or, at the very least, with humanoid entities. Back in September 1866 there occurred the sighting of a mournful-looking man in black attire on hills near Lochindorb, Scotland. He was seen – by a terrified farmer – strapped to the back of a large, fiendish dog that was prowling the same hills. The beast had a bit and a bridle in its mouth. It was an incident that, like the Lochindorb confrontation, also occurred in the 19th century. The farmer didn’t wait around to see what might happen next and he fled the hills for the safety of his home, fearful that the fiendish hound might wish to make him its next victim. It was probably a very wise move.

In 1934, as a twelve-year-old, Ivan Vinnel had a very strange encounter indeed in his hometown of nearby Burntwood, Staffordshire, England. The sun was beginning to set and the young Ivan and a friend were getting ready to head home after an afternoon of playing hide-and-seek. Suddenly, however, the pair was stopped dead in its tracks by the shocking sight of a ghostly "tall, dark man," who was "accompanied by a black dog" that had seemingly materialized out of a "dense hedge" situated approximately ten-yards from the boys' position. Both man and animal passed by in complete and utter silence before disappearing – in typical and classic ghostly fashion, no less. Ivan later happened to mention the details of the unsettling incident to his uncle, who then quietly and guardedly proceeded to tell him that he, too, had actually seen the ghostly dog on several occasions when he was a young child. And, as is typically the case with ghostly hounds all across the British Isles, the beast was always reportedly seen in the same location: namely, faithfully pacing along the old road that stretches from the village of Woodhouses to an area of Burntwood situated near the town’s hospital. 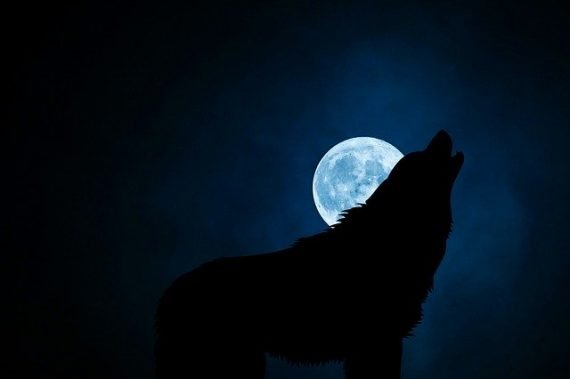 Alan Godfrey's 1980 alien abduction in Todmorden, Yorkshire, England, was a classic case. The story got even stranger, however, when Godfrey went under hypnosis to try and figure out what had happened during that period of missing time. While undergoing hypnotic regression, Godfrey said that aside from seeing a human-looking, alien entity on-board the craft, he also encountered a large black dog. He said: "Well, I think it’s a dog. Horrible. Just looks like a dog. Like the size of an Alsatian [Note: Alsatian is U.K. for a German Shepherd dog]." I have to say  I am puzzled by these particular cases. For the most part, the Phantom Black Dogs are seen alone. That makes me wonder why there should even be any such cases involving people/humanoids. This strange aspect of the mystery has yet to be resolved. Any theories out there?