Who is Artemis and What Are the Artemis Accords?

When it comes to accords – official agreements or treaties between nations – the current U.S. presidential administration has generally pulled out of old ones and avoided new ones. That’s not the case with something called the Artemis Accords, which the U.S. is leading in an effort to bypass the United Nations – the usual body for setting up accords. What are these Artemis Accords, why is the U.S. so interested in them and who the heck is Artemis?

In ancient Greek mythology, Artemis is the daughter of Zeus, king of the gods, and Leto, the daughter of Coeus and Phoebe, pre-Olympian giant Titans. Artemis is the goddess of the hunt, the wilderness, wild animals, the Moon, and chastity, and the twin sister of Apollo, who is god of everything else. Just by the names alone, you can see a link building to astronomy, NASA and the U.S. space program. Named for her are 105 Artemis (an asteroid), the Artemis Chasma on Venus, the Artemis crater on the Moon and the Artemis lunar program, whose quest is to put "the first woman and the next man" on the lunar south pole region by 2024. She was also an excellent hunter and responsible for the deaths or lifelong punishments of many other gods. How does her name then get associated with ‘accord’? 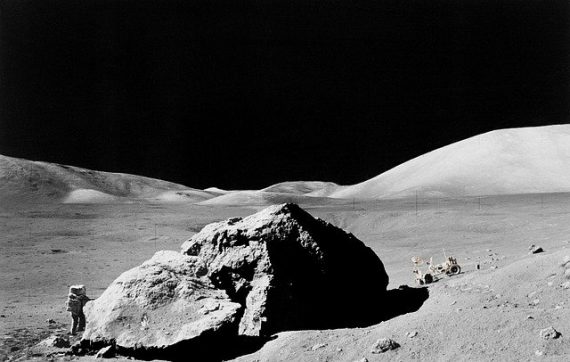 “The Artemis Accords, named after the National Aeronautics and Space Administration’s new Artemis moon program, propose “safety zones” that would surround future moon bases to prevent damage or interference from rival countries or companies operating in close proximity. The pact also aims to provide a framework under international law for companies to own the resources they mine.”

An exclusive report by Reuters reveals details of this proposed pact, which hasn’t yet been shared with U.S. allies, space partners, space rivals and anyone else interested in mining on the Moon. The 1967 Outer Space Treaty, which the U.S. is still a member of, prohibited weapons of mass destruction in space and promoted the idea that no one nation owns space and all have a right to explore it while guided by "principles of cooperation and mutual assistance." Well, the implementation of the Space Force has Russia and other nations suspecting the U.S. has other ideas about weapons is space, and that may hold true with the idea of “safety zones” where mining operations by the first and so far only nation will be conducted – under the armed guard of the Space Force perhaps?

“This isn’t some territorial claim. The idea is if you are going to be coming near someone’s operations, and they’ve declared safety zones around it, then you need to reach out to them in advance, consult and figure out how you can do that safely for everyone.”

That’s the comment given to Reuters by an unnamed source. For an official comment, here’s NASA administrator Jim Bridenstine.

“The important thing is, countries all around the world want to be a part of this. That’s the element of national power. (Participation in the Artemis program is contingent on countries adhering to) norms of behavior that we expect to see (in space).”

Really? Has he seen what kind of “norms of behavior” nations adhere to on Earth … including his own? This sounds more like a nice way of staking mining rights claims on lunar minerals and subsurface water by the U.S. and the private companies it brings along to do the work … and share in the profits. Sure, “safety zones” doesn’t sound like “sovereignty” or “national mining rights,” but it doesn’t sound like “"principles of cooperation and mutual assistance" or “mutual cooperation, the idea that the whole is greater than the sum of its parts" (the charter of the United Federation of Planets according to Captain Kathryn Janeway of the USS Voyager.)

The history of humans on this space rock doesn’t show much in the way of adhering to “norms of behavior.” What makes the writers of the Artemis Accords think this agreement will change everything on the next space rock humans inhabit?

What would Artemis think? She was a hunter but also a caregiver. Although the goddess of the Moon might be honored to be associated with a space mission which includes women and "accords" which protect her Moon, the “space zones” idea sounds like something her father Zeus might be better suited for. We’ll soon find out.

Sometimes a “Monster” is Just a Very Large Known Animal