Scientists found the remains of a pregnant 246-million-year-old ichthyosaur that has now been identified as a new species. The remains of the extinct marine reptile were found in a small mountain range in Nevada (Augusta Mountains) and scientists have given her the name “Martina”. She comes from a previously unknown species of ichthyosaur which scientists have named Cymbospondylus duelferi.

Ichthyosaurs were marine predators that ruled the waters during the time of the dinosaurs. They first showed up during the Triassic period, peaked during the Jurassic time period, and went extinct during the Cretaceous period about 90 million years ago. Some ichthyosaurs could swim as fast as 22 mph.

“Martina” had teeth measuring approximately an inch in length that would have certainly helped her to capture her food sources like fish or squid. Professor Martin Sander, who is a paleontologist at the University of Bonn, Germany, described the creature as being “a pretty fierce lady”, adding that “In Nevada you see this incredible explosion of ichthyosaurs”. The remains that they found were 12 feet in length, but other ichthyosaurs could measure as long as 60 feet. (Pictures of the fossils can be seen here.)

The fact that she was pregnant with probably three offspring at the time of her death is quite extraordinary. Additionally, at 246 million years old, she has been confirmed as being the second-oldest pregnant ichthyosaur that’s ever been found. The oldest specimen was discovered in China and is 249 million years old.

Martina’s remains show just how fast life evolved after the Permian-Triassic extinction that killed off as much as 96% of the species living on Earth 252 million years ago. It is believed that the earliest ichthyosaurs laid their eggs on land but eventually evolved into being able to give birth to their live offspring in the water. 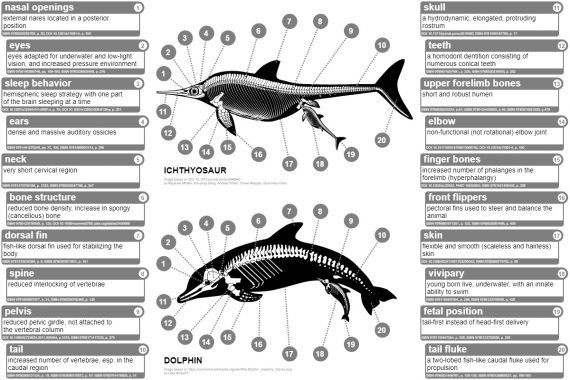 They found Martina’s remains at the excavation site back in October of 2011 and returned to the area in 2014 for further excavations. Their findings were only recently published in the Journal of Systematic Palaeontology and can be read here.

And she isn’t the only ichthyosaur that’s been found in the Augusta Mountains. The researchers found another fossil but their findings have yet to be published for the public to read. Sander did give us a clue as he called it “the giant skull”. In fact, the skull was said to be so large that they had to get a beer truck to move it to the Los Angeles Museum of Natural History. “It is the first big thing that lived on this earth,” he noted.