A Creepy Tale From the Swiss Alps in World War II

War brings with it many tales of heroism and valor, and some of the biggest moments in history are born from the battlefields of war. Yet among all of these well-known trials and stories of bravery and spectacular feats in the face of the enemy there are some that slip through the cracks and get lost to history, doomed to live on as either forgotten anomalies or half-remembered tales from another time. The history of war is littered with such accounts, and I am always on the lookout for them. One such strange adventure comes to us from the battlefields of Europe in World War II, where a very sinister and spooky series of events would play out in an isolated mountain hamlet.

As the fighting raged on across Europe, the nation of Switzerland was in a rather unique position. Their staunch neutrality allowed them to remain a separate entity to the Axis and Allied forces, and they were mostly unscathed, but not completely. Although they kept up strong defenses along their borders as a deterrent and made concessions to Germany to hold them back, trade was blockaded by both the Allies and by the Axis, and the country was at various points bombed by both sides of the war, in the case of the Allies supposedly accidentally, even as it remained independent and mediated between the two. While Switzerland was never actually invaded by Germany, such plans were definitely in place, and aggression from the malevolent Axis power steadily increased. The Swiss military strategy evolved to one of retreating into the remote Alps to fortified, well-stocked positions called Reduits, where they planned to launch a campaign of attrition and withdrawal should the Germans actually decide to invade. It is against this backdrop of rising tension and looming death in this land of pristine mountain peaks and breathtaking vistas that our story here allegedly takes place.

The tale comes from a man who says his grandfather was there, and revolves around a company of British soldiers he claims were tasked with providing reinforcements for the Swiss forces, and who in the winter of 1943 ended up stationed at a remote mountain village of only around 500 people. It was extremely isolated, with the men unable to establish reliable communications with the Swiss forces, and also having problems communicating with the locals, as only a few of the men spoke German. The situation was made somewhat more complicated when a blizzard supposedly swept through the region to leave them surrounded by high snowdrifts, blocked roads, and essentially trapped out in the middle of nowhere with their last lines of communication damaged and no contact with the outside world. Despite this new predicament, the troop's Captain decided to uphold their mission, keep an eye out for any enemy activity, and defend the village at all costs.

As the weeks went on, the winter became fiercer, compounded by the fact that the location of the village between two sweeping walls of mountain meant that sunlight only touched upon here for a mere few hours a day. It was in this gloomy atmosphere of biting cold, half-darkness, and snapping winds that strange things began to happen around the tired men. Villagers began complaining through a translator that since the British troops had arrived there had been weird things going on. Objects had gone missing from houses, including some tarps, wood, and other more valuable items like a ceremonial halberd that one villager had kept above his fireplace. The Captain asked his men if any of them had been the culprit, but everyone insisted that they had not stolen anything.

Although strange, it would all get even more so when a child went missing. The villagers apparently launched a massive search for the child, but found no trace of him. At first, it was thought that the boy must have just met with some accident while out exploring, after all some of the terrain was rather treacherous and the winter was ferocious, but then another child went missing, and then another. The terrified locals began to think that there was perhaps a wild beast of some sort prowling the wilderness or a pack of wolves, snatching up their children, so to alleviate their fears, the Captain arranged regular armed night patrols through the town. Although they did not get a glimpse of anything out of the ordinary, the children continued to disappear, and then one night one of the British soldiers disappeared as well, when a man called Private Reginald vanished right from the barracks. This made things a bit more ominous, and the superstitious villagers began to think that some evil, supernatural force might be behind it, creeping down out of the mountains at night to do its grim work. 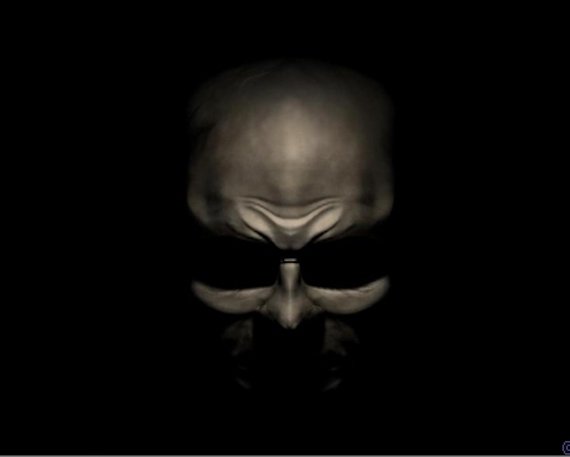 It was in this frigid, secluded village existing in a nearly perpetual dusk, with children and a soldier missing and talk of monsters or wolves lurking in the shadows that the men hunkered down to try and figure out what was going on. Some were convinced that it was just the work of villagers trying to frame the British troops, while others thought it was ravenous wolves or some other animal, the unusually harsh winter, or just plain bad luck. They decided to keep up their vigilant patrols, but more children disappeared right under their noses, further fueling rumors amongst the villagers of an evil terror plaguing them. By the time spring began to warily show its face and the deep snows began to thaw there were a total of seven children missing and still no sign of Private Reginald. Then, during one nightly patrol something strange would happen, and the witnesses’ grandson says of this:

It was sometime past midnight when my grandpa and his comrades noticed a figure peering through the bedroom window of one of the villagers’ houses. My grandpa was at the opposite end of the street, so at first the figure looking through the window didn’t see the patrol. My grandpa and the other soldiers yelled at the prowler, and it immediately tore itself away from the window and began running away. Everyone in the patrol was certain that this was what was behind the disappearances and break-ins. They ran as fast as they could in pursuit, through the melting snow and ice in the dead of night screaming at whatever it was to stop. They kept running and running, and soon they found themselves on the outskirts of the village, where the snow was still fairly deep. The figure “jumped into the ground,” it looked like it had vanished into thin air at first, but as the patrol grew closer, they realized that the prowler had actually just jumped into a “cave” that had been hollowed out in the side of a snowdrift. 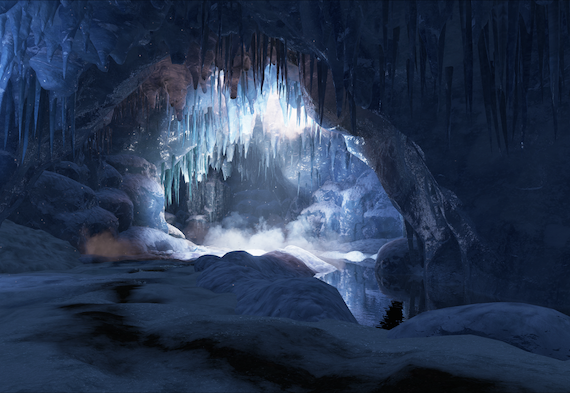 The bewildered soldiers ringed the entrance to that frozen cave to peer into the impenetrable dark below, not knowing who or what was crouched down there in the black, but they were soon pushed back by gunfire and flashes erupting from those dank depths. The startled patrol staggered back, readied their own weapons, and in unison fired wildly down into the cave, blindly blasting away until the returning fire ceased and the icy air was filled with silence and the smell of gun smoke. One brave man who lowered himself down into the hole soon came scrambling back out again cringing in disgust and horror. The rest, curious as to what he had seen, approached to investigate, and the teller of the story says:

My grandpa took out his flashlight and shined it into the cave, when he saw the gruesome explanation behind the strange occurrences in the town. The “figure” that they had been chasing was Reginald, the private who had “gone missing” weeks before. They had shot Reginald right through the heart. The cave was not only occupied by Reginald, but also the bodies of seven partially eaten children.

Either due to the stress of being snowed in all winter, living in near constant darkness or some sort of terrible mental issue, Reginald had gone completely insane and had begun breaking into the villagers’ houses, and snatching their children from their homes in the middle of the night. He had used the halberd that had been reported missing to dismember the bodies after he slit the children’s throats and hid them in the cave he carved into the snowdrift.

It is hard to know what to make of this tale. Not only is its setting against the backdrop of a remote mountain corner off the grid of civilization, with all of the dramatic flair of a cannibal prowling about as a snowstorm boxes the troops in, but it all really only comes from one witness who says this happened to his grandfather. It is a second hand report, told decades after the fact, and so one wonders if this is just a tall tale or the ravings of a mind ravaged by war in a misty, mostly forgotten past. Whether any of it is true or not, it is no less bloody and horrible than a lot of the other atrocities going on around the time, and it seems to be a strange little tale that is mostly forgotten, one among many in our fierce history of killing ourselves, overshadowed by bigger, bloodier things.