A Sinister New Side to the Black Eyed Children

In December of last year I wrote an article here at Mysterious Universe titled "Black Eyed Children, Occultists & Demonologists." In that same article I said the following: "It’s intriguing to note that of the many BEC cases I have on record, one involves two people who were confronted by the BEC in New Orleans in 2006. Why is it intriguing? I’ll tell you why: the pair had deep ties to the world of demonology; a world they had embraced some months before the BEC manifested on their doorstep late one evening. Three people (Alabama-based) were heavily involved in the occult long before they saw three BEC in 2015." I continued as follows in the same article: "In light of all this, about three months ago I very quietly began a research project to determine how many people (A) have seen the BEC and (B) also have ties to the occult and to matters relative to various issues including demonology. Somewhat grudgingly, some of the witnesses admitted to me to having connections to the occult. Others acted in what were clearly awkward fashions when I brought the matter up – something which suggested they knew exactly what I was talking about, but had no desire to confirm my suspicions of a supernatural connection to their private lives. I’m seeing a startling picture beginning to develop: it’s a story which shows that more than a few of the witnesses to the BEC were not actually chosen at random, after all, as has long been assumed." 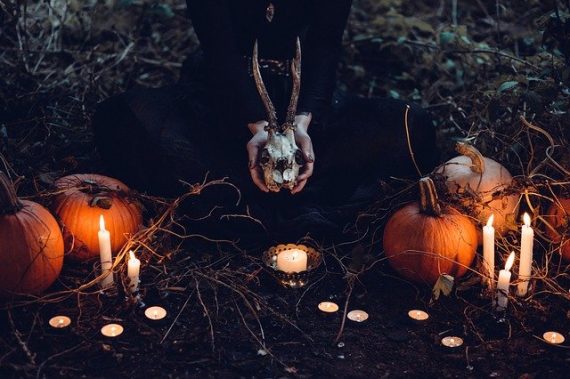 Well, since December 2019, things have significantly progressed. If "progressed" is the correct word to use. In many respects, what I've found out is more than a bit disturbing. It provides us with a new aspect on the Black Eyed Children controversy. For years, it was assumed that the BEC targeted their victims purely at random. The feedback I have received since December of last year, however, makes it very clear that the BEC have an approach to their targets that most researchers of the phenomenon have no or little awareness of. That agenda specifically involves the Black Eyed Children descending on those who have preexisting knowledge of the occult and the supernatural. And, in a number of cases, when the victims (which is probably an accurate way to describe them) were immersed in reading books on the paranormal.

One such victim - Timothy of Pasadena, California - got into the subject of the occult and the paranormal in 2016. His encounter with a pair of Black Eyed Children took place late one night when he was alone in his apartment. The scenario was typical: it began with a knock on the front-door. Timothy felt weirdly impelled to open the door, which he did. He was confronted by a couple of creepy kids dressed in black hoodies. They had extremely pale skin and - of course - those weird, black eyes. They asked for food, but got none. Timothy managed to break free of the feeling of the BEC mind-controlling him. He slammed the door and didn't open it until morning. By then, the BEC were gone. Here's the intriguing part: as I said, Timothy got into the paranormal and the occult in 2016. Specifically, it was in July of that year. Notably, Timothy's encounter with the BEC happened two nights after he finished reading  a copy of Kurt Seligmann's 1948 book, The Mirror of Magic. Sections in the book include "Casting out the Fly Demon;" "Journey to the Underworld;" "Origins of Alchemy;" "The Witch Controversy in English Literature;" "Magicians of the Middle Ages;" and "Famous Transmutations." 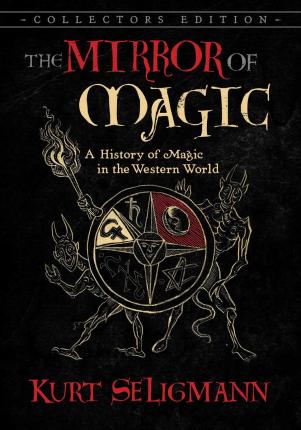 Similarly, Brenda, of New York, also had a BEC encounter that had a book connection tied to it. In her case - January 3, 2013 - Brenda was visited by two Black Eyed Girls. She was also one of the people who responded to my December 2019 article. And, she was also someone whose occult connection came before her BEC encounter. Brenda was somewhat cagey when I brought up the extent of her involvement in the subject, but she quickly asked me what I knew of John Dee and Edward Kelly. Brenda admitted that her BEC confrontation (which, intriguingly, she could only remember portions of) occurred in the wake of her having read Richard Cavendish's 1967 book, The Black Arts. I could go on and on, but you can see the trend that is developing. Thanks to that article of late last year, I now have seventeen such cases on file. This makes me wonder if the vast majority of all the BEC witnesses have - at some point or another - had a connection to the supernatural that came before the Black Eyed Children were on the scene.

Later this week, I'll expand further on another aspect of all this: that of the connection between (A) witnesses to the Black Eyed Children and (B) what we might call "secret societies" driven by occult-based teachings. All of which came as a result of that December 2019 article, too.

The Very Strange Life and Death of a B-Movie Queen