A Weird Case of a Mysteriously Vanished Hunter

Throughout history people have just sometimes seemed to have stepped off the face of the earth to never be seen again. While in some cases we get some answers, in many, many others these are hard to come by. One very interesting area of this phenomenon is the cases in which very experienced people have gone out into the wilderness to never come back, regardless of how well they know the area or know the outdoors. Here we will look at the strange case of an avid hunter, who managed to evaporate right under the noses of a whole group of people, and who has not been seen since.

On November 15, 2015, 82-year-old U.S. Army veteran Thomas Messick was out on a hunting trip with six friends in the rugged region of the Lake George Wild Forest, in the southern Adirondacks near town of Horicon, New York, in Warren County. Their whole scheme was for the younger hunters of the group to circle around a lake called Brant Lake and drive the deer towards the “watchers,” who had taken up stationary positions in wait, a maneuver known as a “drive.” Messick was one of these watchers, but when no deer were present and the group met up at a predetermined location, he was not among them. It was pretty odd, because he had a walkie talkie and was in contact with the group the whole time, but had never said a word, and when they tried to communicate with him they were answered with static. When they went to his position, Messick was nowhere to be seen, and a quick look around showed no signs of him at all.

Despite his advanced age and the fact that he was blind in one eye and had poor hearing, Messick was a veteran, a survivalist, an experienced hunter, and a tough as nails outdoorsman, so it was at first thought that he had perhaps just wandered away from his post and wasn’t answering his walkie talkie, but after they fired their rifles and honked their horns to get their friend’s attention and evening crept in with no sign, the Rangers were notified. A massive search involving more than 300 professionals and volunteers from various agencies, assisted by dogs, divers, and aircraft equipped with infrared cameras was launched, meticulously searching a vast amount of area, but they could find no sign of Messick, who was armed with a rifle. Police did the search very methodically, with clearly defined grids scoured one by one, but there was no sign. Tracker dogs were unable to get a scent trail, and it was considered baffling that such an elderly man could get so far so fast, no matter how much experience he had as an outdoorsman. Also weird was that he at no point had tried to contact anyone through his walkie talkie or fire shots from his rifle to show his position. It was as if he had simply ceased to exist.

The search would go on for 3 weeks, but nothing was found. There are some odd clues surrounding the whole thing, and one of the oddities of it all is that the FBI got involved with things very early on in the game, stepping in only 4 days after Messick had gone missing. This is seen as particularly strange because this sort of thing is typically out of their jurisdiction, so why were they suddenly involved so fast to look for an elderly hunter that seemed to have just wandered off? Whatever the reason was, the Feds were not talking, and Messick’s wife would say of it:

The FBI told me something isn't right with his case, but they don't know what. They won't share any theories if they have them. The FBI said until they make a discovery, they're never going to know. 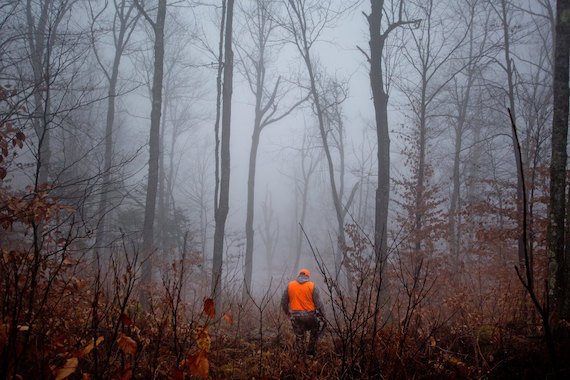 Another bizarre clue would come to light when one of the group Messick had been with was interviewed for the movie, Missing 411 Hunted, based on David Paulides’ Missing 411 series of books on mysterious disappearances. In this interview, the witness claimed that the whole trip had been weird, as they had not seen any wildlife at all, and he also claims to have heard a “strange noise” that sounded like crackling in the woods just prior to the vanishing, of which he would say;

I heard a strange noise in the woods, but I don't know what it was. Just a different noise from what I usually hear, you know? It'd be hard to explain because...But it was different. Something different that I never heard before in the woods. I just can't say what it was, you know? This was up towards the hill. The top of the hill. Yeah.

The witness is very vague about it all, but it is a rather spooky little detail to the case. Although the case is still officially open, it is totally unsolved. The main idea here is that Messick had some sort of health issue and either got lost or dropped dead, but it would have had to have been very sudden for him to not have done anything to warn his companions with his walkie talkie or rifle. Also, if that were the case then why is it that dogs were unable to track him, and why hasn’t his body or any of his belongings been found, despite such an incredibly careful and meticulous search? What was that sound the witness heard and why were the FBI all over this case? How could such an experienced hunter and outdoorsman just manage to elude all search efforts and vanish off the face of the earth while sitting out in a stationary position? The only ones who are likely to know are the man himself and the trees around him, and they are not talking.

Titan is Mysteriously Slipping Away From Saturn at a Fast Rate