“We plan to restore the building to the grand Georgian Hunting Lodge that it once was, that will include a panel room, a whisky room, a formal dining room and a library with books on the house’s past.”

That sounds like a noble gesture if this were any other Georgian hunting lodge, but the building being referred to in a recent article in The Inverness Courier (there’s a hint for you) is none of other than the infamous Boleskine House, which once belonged to the even more infamous Aleister Crowley – known to many as the “wickedest man in the world” and still an influence on modern occultists even though he died in 1947. Crowley owned the Boleskine House from 1899 to 1913 and ‘Lord Boleskine’ was said to have performed occult and magic rituals in this former hunting lodge near Loch Ness – including some involving the loch’s alleged monster. 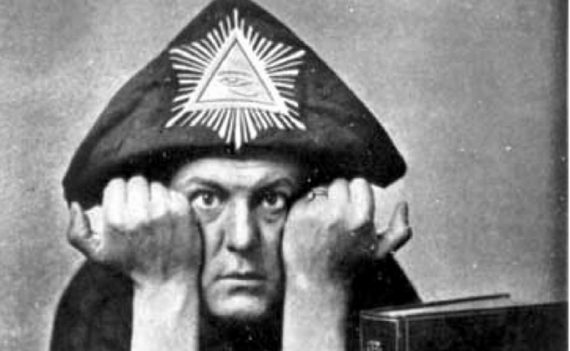 While Boleskine House has changed owners (Led Zeppelin’s Jimmy Page was one) and burned down twice, it is still considered redeemable. After the first fire in 2015, the house came under management of the Boleskine House Foundation, which now wants to restore it to a “Grand Hunting Lodge.” Was it ever one? Will anyone really visit for that reason or is Aleister Crowley going to return as a tourist attraction?

"It is hoped that the Boleskine House Foundation can one day be more than just the caretakers of the estate, but a forum that will enrich people with the importance of history and heritage, education and learning in branches of philosophy and Western esotericism, archaeology, and Scottish history, and to act as a place to engage the arts and humanities through collaborative projects.”

Well, the Boleskine House is certainly historical. The area was first visited by Christian missionaries in the 6th century – including St. Columba, the famous early witness of the Loch Ness monster – and there may have been a church on the site built back in the 13th century when it was designated the Boleskine Parish – ‘Boleskine’ most likely comes from Bail O’Scionn meaning ‘the township above the great water (Loch Ness).” This history of the area's ties to occultness goes way back – to the ministry of Thomas Houston (1648 -1705) who allegedly had to deal with a local wizard (a Cruinair Friseal or maker of circles) who was said to raise bodies in the churchyard cemetery which Crowley had to rebury.

The history of fires at the site also goes way back. According to local forklore, the church once burned to the ground, killing everyone inside, and was rebuilt at another site. The original house was built as a hunting lodge by Colonel Archibald Campbell Fraser in the 1760s and remained in the family as a lodge until it was purchased by Crowley in 1899. Did Crowley know of the site’s already strange past? Probably not. It’s said in his book, "The Confessions of Aleister Crowley," that he just needed a secluded location with “a door opening to the north from the room of which you make your oratory. Outside this door, you construct a terrace covered with fine river sand. This ends in a 'lodge' where the spirits may congregate." In real estate terms, the main attraction of the Boleskine House for Crowley was “location, location, location.” 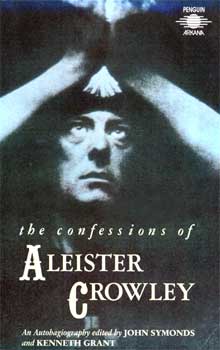 After Crowley left, Boleskine was eventually owned by a Major Edward Grant who committed suicide in Crowley's bedroom in 1965. In 1969 Kenneth Anger, an experimental filmmaker with an interest in the occult, rented Boleskine for a few months, which is how Jimmy Page heard about it. Page rarely stayed there, instead leaving it to be cared for by his friend Malcolm Dent, who had documented paranormal experiences there. Later owners were said to have had no such experiences.

The house caught fire in 2015 and the insides were destroyed. The ruins and the land were put on the market and eventually acquired by the Boleskine House Foundation SCIO which pledge to restore the house and gardens to their original form. At one point it was rumored that the foundation would work with Ordo Templi Orientis (OTO), the religious organization led by Crowley, to bring occult and possible sex rituals back to Boleskine. That may have ended in July 2019 when the remains of the Boleskine House were destroyed by another fire suspected of being started by arsonists.

“But our very first job will be much more mundane, we are planning to remove a concrete render that was put on the building over the granite stone. We want to restore the granite and apply mortar to repair it. After that, the plan is then to put the roof on the building. We have planned for this work to place over the winter into spring 2021. We will then start to restore the inside. We plan to be finished by spring, 2022.”

Which brings us to today. As The Inverness Courier reports, the Boleskine House Foundation wants to return it to its original state as a 'grand Georgian Hunting Lodge'. Outside of Georgian era history buffs, does anyone else really care about that … or will the main attraction be the Boleskine House’s connection to Aleister Crowley?

Aleister Crowley – tourist attraction. What would “the wickedest man in the world” think about that?

UFO Researchers: The Real Reasons Why You Are Being Secretly Watched