Cattle Mutilations, the San Luis Valley, and Snippy the Horse

Sprawled out across South central Colorado and North central New Mexico is a 120-mile-long-by-forty-mile wide, four-thousand-square-mile tract of semiarid desert scrubland called the San Luis Valley. Surrounded by the sweeping, jagged peaks of the Sangres de Cristos mountains, which are adorned with pristine wilderness, this is the largest alpine valley in the world. It is a remote place, sun beaten, sparsely populated, and almost inhospitable in its dryness, home to more cattle than people. This is a parched, isolated land long considered sacred by the local Native people, and it also happens to be ground zero for a variety of high strangeness and also the location of perhaps one of the earliest cases of a mysterious livestock mutilation on record, which launched the mystery into the mainstream.

One thing that can be said about this quiet valley is that it is absolutely infested with UFOs. Over the years there have been an estimated 257 UFO sightings per 10,000 in population within a clearly defined area, a degree of intensity that has prompted the Computer UFO Network (CUFON) to crown it as the highest per capita UFO sighting hotspot in the United States and possibly even the world. UFOs are constantly sighted here. With the UFOs come other strangeness as well, and the valley has become a hotspot for the phenomenon of cattle mutilations. This is when cattle or other livestock are found dead and in very strange circumstances. The carcasses are usually cut up, drained of blood, missing soft-tissue organs or other extremities, dismembered, or otherwise mutilated in a variety of ways, always showing a surgical precision to the cuts not consistent with the attack of a predator such as a coyote or mountain lion. There are typically other oddities as well, such as a lack of flies or strange substances seeping from the wounds, which are sometimes even cauterized. Dead, butchered cattle will be reported miles away from where they disappeared or in inaccessible places. There is never any sign of tracks of any perpetrator around the body, no scuff marks or sign of a struggle, and sometimes there aren’t even tracks from the dead animal, as if it has just materialized there or been carefully placed from the air. Usually there is no blood at all, and a distinct lack of decomposition or damage from scavengers. Even insects are usually said to shun these mystery corpses. It is all very bizarre, and the San Luis Valley supposedly just happens to be the origin of all of it. 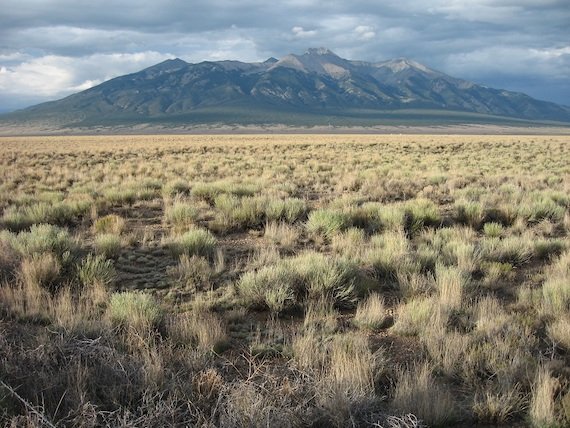 Although the cattle mutilation phenomenon usually involves cows, the animal death that is believed to have been the first to kick off the phenomenon in the San Luis valley was not a cow, but a horse. The horse in question was an Appaloosa named Lady, which was cared for by a man named Harry King, who lived with his mother and sister on the King Ranch, at the base of the Blanca Massif near the town of Alamosa. One day in September of 1967, Lady failed to come on out to the fence to get her usual treat and water. This was very unusual for Lady, as she always came out at the same time every day. It was odd enough that King became worried and decided to go look for the horse, but he was unprepared for the gruesome scene he was about to find.

He found Lady out in the field lying on her side, which was already very strange, but as King drew closer he could see that Lady was in fact dead, and stripped of all flesh from the head to the shoulders, the bones and skull full exposed while the rest of the body was intact. Or at least, sort of intact. It was found that there were swaths of flesh missing from the animal’s flanks, which seemed to have been cut out with precision using a very sharp instrument, and the heart, lungs, and brain were missing. The entire carcass seemed to be drained of blood as well, and oddly there was no splatter from the cuts that had been inflicted. There were other bizarre clues in the area as well. Pervading the whole scene was allegedly a strong, distinctly chemical smell, and not far from the carcass were found what were later described as “giant horse-like tracks,” as well as scorch marks on the ground that looked like exhaust marks from a rocket taking off. The tracks of Lady herself reportedly ended 100 yards away from where the mutilated body was sprawled out, with no other footprints between them to give away who could have possibly placed it there. There was also found a flattened ring of bushes with indentations that formed a circle within it, and on these bushed was supposedly found a green, gelatinous substance that irritated the skin when touched. Nearby was found a shard of metal with horse hair in it, and the bushes, burn marks, and the metallic object were all later found to be imbued with levels of radioactivity. 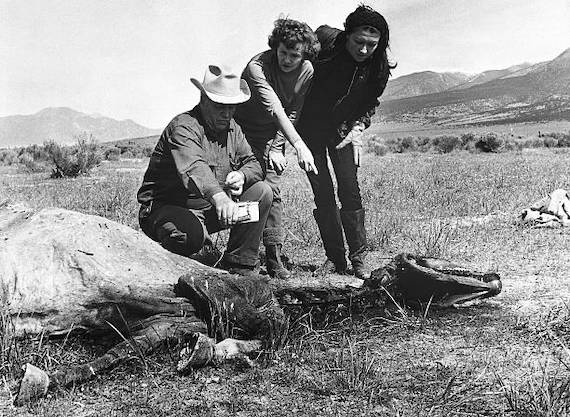 When law enforcement arrived they tried to write it off as death by lightning strike, but this explanation didn’t match any of the evidence at all. Several days later, the police brought out a pathologist by the name of Dr. John Altshuler for a more expert opinion. The body at this point had been there for several days, yet there was no sign of bloating or decomposition, and no flies like one would expect to be buzzing about. Indeed, the corpse supposedly had very little deterioration at all, and oddly seemed to have been completely ignored by scavengers. He quickly ascertained that besides the heart and brain, the animal was also weirdly missing its thyroid gland and all of the tissue from within its spinal cord. Why? Who knows? Altshuler also concurred that the cuts were clean and had been expertly done, and dismissed suggestions from the police that it could have been the work of coyotes or other predators. He was completely puzzled by the state of the carcass, and would later say:

I have done hundreds of autopsies. You can’t cut into a body without getting some blood. But there was no blood on the skin or the ground. No blood anywhere. The outer edges of the skin were cut firm, almost as if they had been cauterized by a modern day laser, but there was no cauterizing laser technology like that in 1967.

After the discovery of the body, reports from locals saying they had seen strange lights in the sky near the King Ranch at around the time of the incident, as well as black helicopters afterwards, all added to the mystery, and combined with the bizarre state of the carcass before long reporters were flocking in and it was hitting the news. The horse, now given the rather morbid nickname “Snippy” due to its enigmatic condition, became a local celebrity and people were whispering that it was everything from the work of aliens and flying saucers, to Satanic cults, to secret government experiments. At the same time another pathologist, this one a Dr. Robert Adams, was sent by the U.S. Air Force to examine the corpse as part of the Condon Committee, a precursor to the UFO study project called Project Blue Book. According to Adams, the condition of the horse’s body was due to “no unearthly causes, at least not to my mind.” 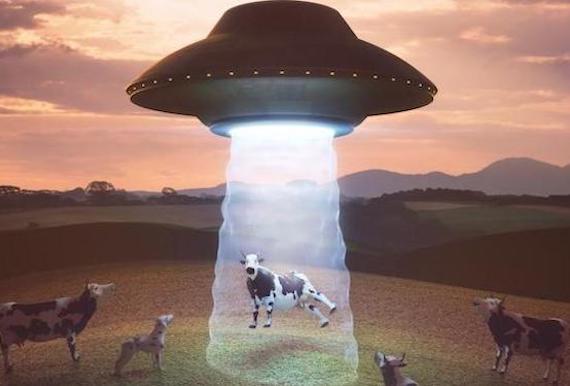 The case of Snippy the horse is widely accepted as starting the trend of the cattle mutilation phenomenon, as dozens of reports began to come from all over the valley before spreading out into the world at large, with the San Luis Valley being ground zero for all of it. The valley alone would experience nearly 1,000 such reports from 1967 to the present, with a major peak seen in the 1980s, and around 10,000 cases have been reported nationwide after the Snippy incident. Over the years other elements have been added to the lore. Sometimes shadowy figures are seen hunched over the dead animals extracting blood with metal tubes. A popular detail in some reports is that unmarked black helicopters will chase people away from the scenes of these mutilations, and accounts of ranchers being approached by military personnel and told to keep quiet, making it all very ominous indeed.

Snippy’s remains would end up being displayed on the sidewalk in front of the Chamber of Commerce, after which they passed to a private museum and decades later ended up on e-Bay. In the meantime, the cattle mutilation phenomenon has been discussed and dissected for years. It has been explained away as lightning strikes, the work of predators, or simple vandals, but the thing is none of the evidence fits in with any of this. There is also the fact that many of these ranchers are very experienced, and know what a dead cow or whatnot should look like, so why is it that they should be so startled? The phenomenon of cattle mutilations seems to be far from settled, and has happened all over the world, yet it is interesting to know that it all seems to have originated in this one lonely valley with a sweet little horse named Lady.

For further reading on Snippy and much more of the high strangeness of the San Luis Valley, researcher Christopher O'Brien has documented numerous strange cases across the valley and written The Mysterious Valley (1996), Enter the Valley (2007), and Stalking the Herd (2015).