Close Encounters of the Naughty Kind: The Meng Zhaoguo Incident

Supposed alien abductions come in all flavors. Some are scary and involve malevolent or indifferent entities that treat us like little more than cattle. Others seem to be more benevolent in nature, with these beings bringing a message of peace or a warning to help us along. Still others are hard to fully categorize, and go off the rails into the truly bonkers, including romantic liaisons with the alien captors. One of these must be the time a Chinese lumberjack was sexually accosted by a 10 foot tall space alien that is due to have his child in a few decades. In a country where the UFO phenomenon is still mostly nascent, it is a truly spectacular account that really puts China up there with other countries with similarly far out encounter reports. Let's take a look.

The setting of this bizarre tale takes place against the backdrop of the mist shrouded Dragon Mountains, in the northwest portion of Wuchang, in the part of China historically known as Manchuria. Nestled in amongst the sprawling forests of the area is a place called the Red Flag Logging Commune, a modest settlement populated by loggers and lumberjacks, mostly migrant workers and drifters trying to escape something. It is a Spartan existence, life here is simple, the days filled with backbreaking work, and there are few luxuries in this remote community, with only a single road running through it and no cell phone reception. One of these lumberjacks was a man named Meng Zhaoguo, who lived in a basic two-room timber frame house that he built himself, and he had a simple but content life. Here at the commune every day was pretty much the same, and not much ever happened out of the routine, but one evening Meng would allegedly have a truly bizarre experience that would change his life forever.

In June of 1994, Meng was out at around dusk taking a walk he noticed something glimmering in the distance over the trees, as if a metallic object were reflecting the dying light of the day. As he drew closer, he claims that he could see a white glowing orb descend into the darkened forest, and at first he thought that a helicopter or weather balloon had come down and possibly crashed. He went to investigate, and managed to reach what appeared to be something glinting through the trees, but he was unable to get a glimpse of what it was because something suddenly hit him in the forehead and knocked him out. When he awoke several hours later he says that he was back in his home, with no memory of how he had gotten there, and that felt confused and partially paralyzed and unable to speak. It would only get weirder from there. 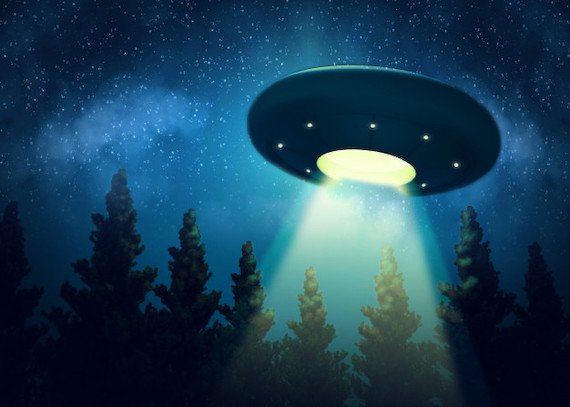 That very same evening, he was startled to wake up to find a bizarre alien being floating over his bed. He describes it as female, about 10 feet tall, and mostly human looking except for having 6 fingers and legs strangely covered with braided hair. Meng claims that he tried to cry out, but found that he couldn’t, and that’s when he realized he was floating up off his bed towards the entity, screaming in silence the entire way. According to Meng, the female alien raped him, forcing him to have intercourse with her as they levitated in the air, after which she floated up to phase through the ceiling and he dropped back down onto his bed, where his own wife had slept through the whole thing. In shock, Meng would also find that he now had a zig-zag shaped scar on his upper thigh as well, presumably inflicted by the randy alien.

For the next month Meng was plagued by potent nightmares about what had happened, as well as a curious aversion to anything made of iron, and it seems as if his ordeal was not even over yet. On this occasion he again woke up in his bed to find himself levitating up towards the ceiling, but this time there was no alien there. He simply kept going up, and as he cringed in anticipation of smashing into the ceiling he instead phased right through it to be ejected into the night sky above. Eventually, he reached a spaceship, where several of the same species of giant aliens as the woman he had met were waiting for him. When Meng spoke to them to ask where the one he had met was, he claims they responded in heavily accented Chinese that she was far away back on their home world. They then explained some more things to the lumberjack, and Meng says:

They said in Chinese, but with a heavy accent so it was hard for me to understand at first, that they were refugees. Like me, they wanted to escape their former lives, so they left their dying home. The aliens showed me a piece of crystal, through which I saw forests, icebergs and fossil fuels on the Earth. They told me about the current situation facing Earth's resources and warned me about the importance of environmental protection. They also said that 60 years from then, there will be an alien born with the genes of an earthling farmer, and I can meet him or her. 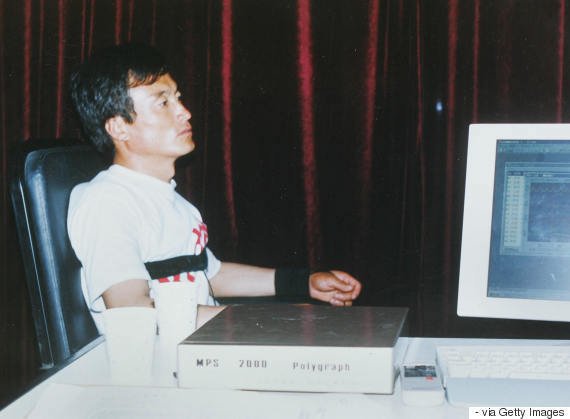 This child, of course, would be the one supposedly conceived by him and the alien woman on that night, and the 60 years were explained to him as the length of their pregnancy and gestation period. When Meng’s story came out it hit the news all over, and generated a chaotic mix of ridicule, support, skepticism, and belief, generating a fair bit of notoriety for him. The case was looked into by several organizations in the still relatively underdeveloped Chinese UFO field, such as the China UFO Research Center, the UFO Enthusiasts Club at Wuhan University, the Beijing UFO Research Organization (BURO), and the state-sponsored UFO Research Society with varying results. Mostly this is seen as a fantasy, perhaps the result of him hitting his head and having hallucinations. Others think it was a way to reinvent himself and get the attention he needed to get out of the logging commune and have a better life for his family, in which that case it worked because after appearing in the news and on TV shows he was offered another job in the city. Still other believe he really did experience something strange, but has perhaps exaggerated it and added certain elements. For his part, Meng has subjected himself to lie detector tests, which he has passed, and still insists it is all true. He has said:

Once, humans believed that the earth was flat. Even a decade ago, people would not believe that a cell phone could work. Humans, if we have never seen something with our own eyes, naturally doubt that it exists, or that life could be that way. I was the first to be brave enough to say: ‘I saw that.’ I didn't believe in aliens before I actually met them. Seeing is believing. We cannot explain UFOs and aliens because our technology isn't advanced enough. But that doesn't mean such things don't exist.

Was this man crazy, delusional, or looking to play a scam? Was there anything to this incredibly odd tale at all? It adds to a growing list of cases involving sexual relations with aliens, and really seems to be too absurd to be true. Yet, Meng has stood by his tale, and with no evidence whatsoever except his scar, which could have been caused by a lot of things, we can only sit back with raised eyebrows and wonder. We can maybe wait for his star child to make itself known, but that may take some time. Is this real? Unlikely. Is it delusions or a hoax? Probably. Is it entertaining? Most definitely. In the end, it is just more weirdness to throw on the pile, another of the surprisingly large number of alien sex reports, and I leave it for you to decide what to make of it all.