Much has been said and written about the legendary rocket pioneer, Jack Parsons. At his birth in 1914, Parsons was given the memorable and unusual name of Marvel Whiteside Parsons and had a truly extraordinary life. An undoubted genius, he indirectly led NASA to send the Apollo astronauts to the Moon in 1969. Moreover, the Aerojet Corporation – which Parsons personally founded - today produces solid-fuel rocket boosters for the Space Shuttle that are based on Parsons’ very own, decades-old innovations. For his accomplishments, a large crater on the far side of the Moon was named in his honor, and each and every year, on Halloween no less, NASA’s Jet Propulsion Laboratory holds an open-house memorial, replete with mannequins of Jack Parsons and his early JPL cohorts known as "Nativity Day." And, within the aerospace community, there is a longstanding joke that JPL actually stands for "Jack Parsons Laboratory" or "Jack Parsons Lives." As Vice note, Parsons "…joined Thelema, the occult movement founded by British occultist Aleister Crowley, and took over the movement's California branch. Scientology founder L. Ron Hubbard lived in Parson’s home for a time and slept with his wife. Parsons attempted, repeatedly, to use sex magick to summon various deities to the Earthly plane. All while continuing to work as a rocket scientist." 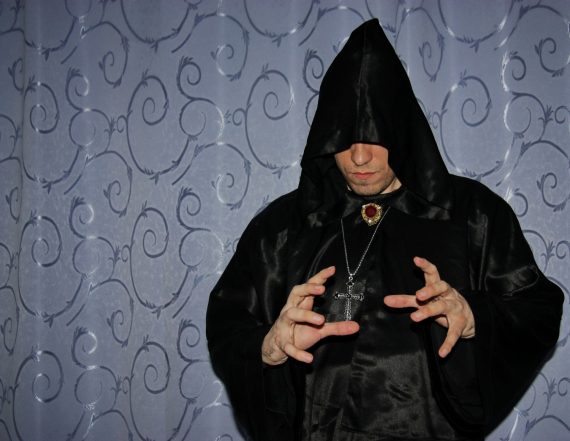 On November 2, 1950, a California-based special-agent of the FBI prepared a report on the actions of Jack Parsons that stated in part: "Subject, on September 15, 1950 removed certain documents pertaining to jet propulsion motors and rocket propellants without authority from Hughes Aircraft Company, Culver City, California; his place of employment [and which had been his place of employment since May 8, 1949]." Then, on September 25, after the documents in question had been retrieved by the authorities, they were duly handed over to a Air Force Major E.J. Krenz, after which, the FBI recorded: "[Parsons] voluntarily came to the Los Angeles office, September 27, 1950 and in [a] signed statement admitted removing documents without authority stating he desired to extract certain information from them as aid in computing [the] cost proposal on jet propulsion motors. He planned to submit this with [an] employment application through American Technion Society for employment in the country of Israel."

Whether his apology was genuine or it was simply a groveling attempt to try and avoid serious problems with the authorities and charges that he was secretly engaged in espionage operations for Israel, Parsons certainly obfuscated the facts and played down his ongoing involvement in matters of an occult nature. When interviewed by the FBI on September 28, he said that he had "severed all relations" with the dark world that had so dominated his earlier years, and "…described himself as being an 'individualist,'" according to the interviewing special-agent in his report. Now, we come to one of the strangest aspects of Parsons’ life – it revolves around nothing less than the creation of life. Filmmaker and actress Renate Druks, who was an acquaintance of Marjorie Elizabeth Cameron, said in Nat Freedland’s The Occult Explosion: "I have every reason to believe that Jack Parsons was working on some very strange experiments, trying to create what the old alchemists call a homunculus, a tiny artificial man with magic powers." 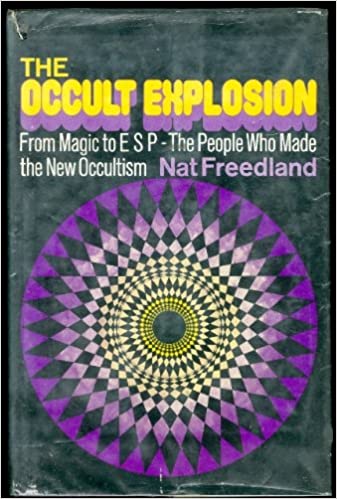 Ancient alchemists had several methods of bringing these diminutive humanoids to life; one involved the mandrake. Popular, centuries-old belief holds that the mandrake plant grew on ground where semen ejaculated by hanged men had fallen to earth, and, as a result, its roots vaguely resemble those of a human being. To ensure a successful creation of the homunculus, the root is to be picked before dawn on a Friday morning by a black dog, then washed and nourished with milk and honey and, in some prescriptions, blood, whereupon it develops into a miniature human that will guard and protect its owner. Another method, cited by Dr. David Christianus at the University of Giessen during the 18th century, was to take an egg laid by a black hen, poke a tiny hole through its shell, replace a bean-sized portion of the egg white with human semen, seal the opening with virgin parchment, and bury the egg in dung on the first day of the March lunar cycle. The ancient teachings suggested that a miniature humanoid would emerge from the egg after thirty days and, in return, help and protect its creator for a steady diet of lavender seeds and earthworms.

Whether or not Parsons really did create life, the fact is that his life would soon be over. As Gina Dimuro notes: “On June 17, 1952, Jack Parsons was working on explosives for a film project in his home laboratory when an unplanned detonation destroyed the lab and killed him. The 37-year-old was found with broken bones, a missing right forearm, and half of his face nearly ripped off.” Accident or murder at the hands of government agents? That is a question still debated by researchers of Parsons and his short life.