Deadly Omens and the Mysterious Knocks of Death

Throughout the world and across cultures, superstitions have long had a place among humankind. These sorts of myths can take many forms, but some of the more ominous and scariest are those that pertain to death. Make no mistake, humans have been obsessed with death and its repercussions since the time we became aware of our own mortality, and there have consequently been plenty of myths and legends that have congregated around it. One of these is a phenomenon mentioned in the lore of many cultures of strange knocks that come before death, and which may be more than just superstition and spooky old stories.

The superstition of “death knocks” in its most common form basically says that if there are mysterious knocks on the door when no one else is home and no one is at the door, then that means either someone you love has either died or is going to die, and in some versions of the story it is an omen of death for the one who has heard the knocks. There are many variations of this basic phenomenon, such as knocks sometimes being on walls or windows instead of doors, and a common trope is that the knocks often come in threes. Indeed, the number 3 seems to be intrinsically linked to the tale across the board, with the deaths also often following some connection with three, such as the person dying in three days, three weeks, or three months. In some versions of the tale, this signifies a mocking of the Holy Trinity, but the superstition is more widespread than just within Christianity.

The lore of these “death knocks” harbingers of death is persistent across many cultures in some form of other, each with their own ideas on what it signifies. For instance, some Native American tribes believe that to hear the sound of three bangs on a drum or three heavy thumps of a stick on the ground with no discernible source meant that someone is about to die or meet with dire misfortune. In Ireland and Scotland, a series of three taps on the window or the door regularly occurring for 2 minutes or more is an omen of impending doom. Africa and Asia also have similar folklore, as well as some Arab and Jewish traditions. This is all often attributed to evil spirits, demons, the Grim Reaper, and sometimes even the Devil itself, depending on the local version of the tale and culture. 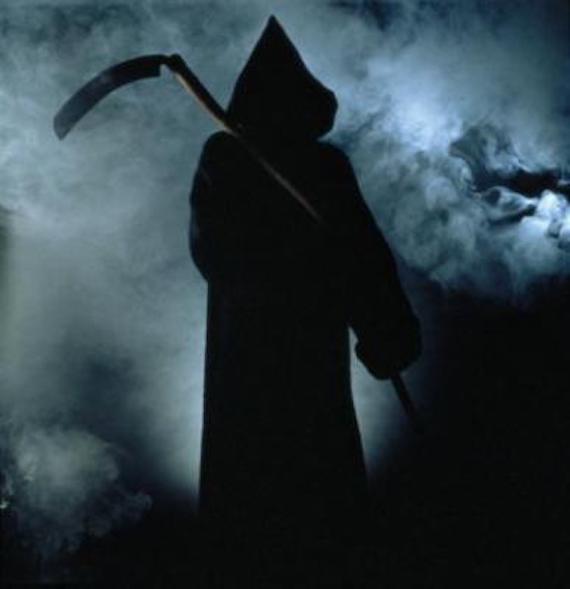 It all sounds as if it must surely be just in the realm of myth and folklore, an old wives’ tale with no basis in reality, but there is a surprisingly large number of reports from people who claim to have experienced the sinister phenomenon first hand. One example comes from the site LiveAbout, from a witness who says this happened one cold winter night when no one should have been out wandering around. He says:

One cold and very snowy evening, we were all gathered in the living room when suddenly we heard a very loud pounding on the front entry door. That door was sealed with weather stripping in the winter and we never opened it after that was in place, and the door wasn't lit at night. The pounding was loud and insistent, so my mother went to our side entry door and called out to whoever was knocking to walk over to the side door. She called again and there was no answer. She turned on the outside light over the front door and peered out the window with the intent of motioning the visitor over to the side door for entry. There was no one there, and there were no footprints in the freshly fallen snow. My mother turned to us and said, 'This means that there will soon be a death in the family.' My dad, being the skeptic, suggested the noise was the wind blowing something against the door. The next morning we got the call that our Uncle Charlie had passed away unexpectedly.

Another account seems to suggest that some cases of death knocks might be connected to a place, perhaps part of a haunting. One such report comes from a witness on Reddit, who says that this happened as she was staying with her sister, brother-in-law, and their roommate at a California resort town when this happened. The roommate, called “Jack,” is described as being an ex-alcoholic, but had long given up and hadn’t had a drink in years. It is a detail that would come into play, as the witness describes what happened:

The roommate who I’ll call ‘Jack’ had lost a close friend a year or so before when he got drunk and decided to fall asleep outside in the middle of a snowstorm which apparently happens more often than you’d think. Since then Jack had never touched a beer and he was proud of it.

Anyways, it was around my third or fourth week there when my sister and I were watching ‘The Babadook’ and it was pretty late at night (around 1 or 2 am). The movie ended and she was going to let me sleep in the room with her since Jack and her husband were out camping or something but I don’t really remember what. It was silent in the house and all the lights were off when we heard 3 loud, distinct knocks. I asked her if she heard them and she said yes but it was probably just the dryer making noises upstairs. It was a fairly new dryer that didn’t make knocking noises. Maybe around 10 minuets later we heard the same three knocks again, but my sister wrote it off to the dryer being noisy again. It didn’t sound like a broken dryer since it was three obvious knocks though.

I don’t want to go too far into the history of the house or anything but it was definitely haunted. Things would randomly fall off shelves and the lights would randomly turn themselves off. Also some of the furniture that the house came with had what we though were blood stains on them. I wrote that night off to the spirit in their house messing with us since we were watching a scary movie up until today when I put everything together. Two days after I left they found Jack dead in his room upstairs. They said he drank himself to death, which was surprising since he was so proud of himself for getting sober. Maybe the death knocks are real, or maybe not. Maybe it was all just a coincidence. 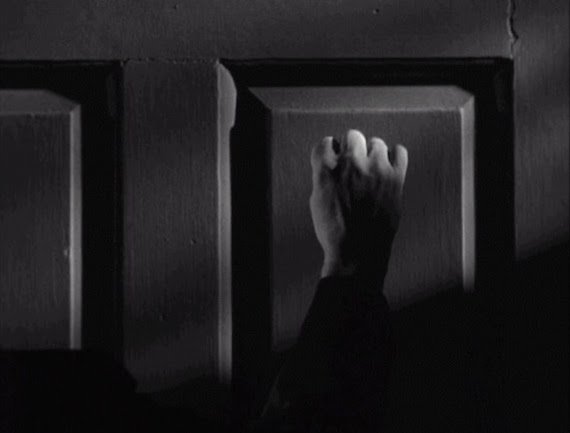 Strange knocks in groups of three have been reported in other cases of hauntings as well, suggesting that perhaps ghosts or poltergeists are behind it all. In other cases these knocks seem to plague a particular family or individual in particular. From the site LiveAbout we have the story of a witness called “Christopher,” who claims that his family has experienced three separate incidents of the death knocks. He recalls that when he was a child his grandmother heard three knocks that seemed to “come from nowhere and yet everywhere at the same time,” followed shortly after by the death of his great-aunt. In later years his father heard three massive knocks that seemed to shake the whole house, after which his brother died just hours later from a cocaine overdose. Even his dog was not exempt, as one evening he heard three knocks at the door even though no one was there, and the poor animal died an hour later.

Another witness by the name of Theresa Walker-Burk says that she frequently hears three mystery knocks before deaths, and that it is almost a curse for her. She claims that these knocks precede not only deaths of family or friends, but also deadly incidents involving people she doesn’t know. She says on the site Quora of this dark ability:

I hear 3 knocks before deaths. It’s so bad my family calls me the Grim Reaper. So far it’s been my nephew, 2 of my kids’ grandmothers, my father in law, my father, all 3 of my dogs, then add in friends, and strangers you hear about in the news - mass shootings. It’s either on my bedroom door or the wall behind my head. Only once have I heard it out in rest of the house. Old my husband I wish I got grim reaper training cause when it started it was startling.

Skeptics say that much of this might lie in what is called a "confirmation bias." That is, essentially if one believes in the three knocks of death and someone close to them dies, they are likely to translate any strange knocking sounds beforehand to a supernatural portent of death. In this case, is just matching up what one sees to what one believes. Yet, looking at how prevalent this all is across cultures, one wonders. Is any of this real at all, and if so, what could it be? Is this the doing of ghosts, evil spirits, or just a strange side effect of psychic powers? Or is it, like they say, just superstition, confirmation bias, and possibly even hoaxes? Whatever the case may be, the phenomenon of death knocks is pervasive across a broad spectrum, and hints at perhaps forces beyond our understanding.