“The idea of humans vanishing from sight by becoming transparent or invisible has captivated the imaginations of the general populace and scientists alike for millennia. These concepts have been described in classic literature by various authors, including the philosopher Plato, who conceived the Ring of Gyges as a hypothetical item that would allow its wearer to disappear, and the writer H. G. Wells, who envisioned that a scientist could match their refractive index to that of air in order to become invisible.”

Don’t forget the spies and suspicious spouses who would do anything to get their hands on the ability to become invisible … whether by cloak, by electronic device or by swallowing a magic potion. How about by cellular manipulation? That’s the idea behind a new study published this week in Nature Communications outlining a strategy involving manipulating human cells to make them transparent, much the way creatures such as the glasswing butterfly, the grass shrimp, the comb jellyfish and the glass frog do. In particular, researchers at the Univertity of Californina, Irvine, wanted to simulate the opalescent inshore squid (Doryteuthis opalescens), one of a number of cephalopods which can dynamically alter how their skin transmits, absorbs, and reflects light.

“This species of squid has specialized reflective cells called leucophores which can alter the how they scatter light. Within these cells are leucosomes, membrane-bound particles which are composed of proteins known as reflectins, which can produce iridescent camouflage.” 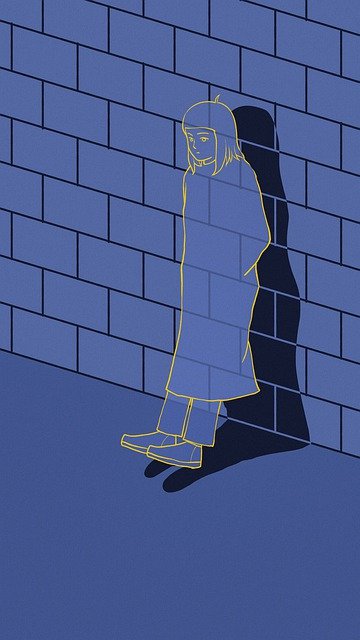 The UCI press release summarizes how a team led by Alon Gorodetsky, an associate professor of chemical & biomolecular engineering and well-versed in cephalopod color-changing capabilities, genetically engineered human embryonic kidney cells (cultured) to have reflectin-based protein structures that caused the cells to change the way they scattered light. In fact, Gorodetsky excitedly points out that “they optically behaved almost as they do in their native cephalopod leucophores.”

So they made kidneys invisible. Impressive, but who cares. Anything else?

How about this? By putting the cells between two glass slides and exposing them to sodium chloride (you know – salt), they were able to manipulate their ability to scatter light – a simple on-off switch for invisibility. Now are you impressed?

That’s better, but we’re still talking kidney cells. It sounds like whole-body invisibility is a long way of – if it’s possible at all.

“This project showed that it’s possible to develop human cells with stimuli-responsive optical properties inspired by leucophores in celphalopods, and it shows that these amazing reflectin proteins can maintain their properties in foreign cellular environments.”

Gorodetsky agrees with you. The researchers’ short-term goal is to create transparent skin that would allow doctors to see inside a human body in ways that are clearer and safer than X-rays and MRI and less invasive than surgery. And, with the ability to turn the invisible skin on-and-off, the person will look normal – not like someone with a full-body human anatomy tattoo.

That gives me an idea. What about having both a full-body human anatomy tattoo AND switchable transparent skin?

Life is hard enough for doctors these days without that kind of confusion … and it would probably void your health insurance, not to mention motivating the nurse to use a larger-than-needed needle for your injection.

The good news is, lead author Atrouli Chatterjee, a UCI doctoral student in chemical & biomolecular engineering, says invisibility by cellular manipulation “is decidedly in the realm of science.” All it will take is time and money – the motivation is already here.

“In general, the continued development and exploration of engineered reflectin-producing systems via the aforementioned strategies could help answer fundamental questions associated with three-dimensional inter- and intra-cellular organization relevant for light-cell and light-tissue interactions in both cephalopods and other animals. Consequently, our findings may afford a variety of exciting opportunities and possibilities within the fields of biology, materials science, and bioengineering.”

Don’t forget the fields of spying and catching cheating spouses.

Real Paranormal Vampires: Are There Such Things?