A battle between a Kraken and a huge shark is the stuff of sci fi novelists and movie makers dreams – giant squid meets giant shark in an underwater battle that CGI designers would envelop in a massive waterspout, destroying ships sent to stop it in its wake. (Excuse me while I write that down.) Could a marine mashup of this magnitude be possible in real life? According to a new underwater video of a giant shark, it is – and the shark has the scars to prove it.

“This is the first scientific evidence ever found of a shark interacting with a giant squid or any other similarly large species of squid, which live at depths of more than a thousand feet, researchers say in a new study.”

National Geographic recently unveiled the photo that inspired Yannis Papastamatiou, a shark ecologist at Florida International University, to contact underwater photographer Deron Verbeck about what he filmed and to eventually conduct research resulting the study “An encounter between a pelagic shark and giant cephalopod” which was published this week in the Journal of Fish Biology. (See the shark photo here.) 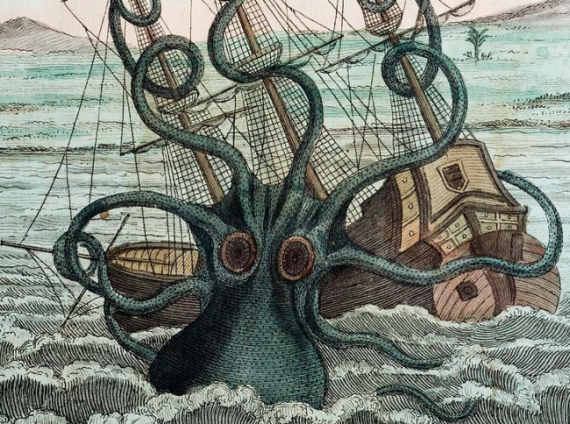 Verbeck saw the shark in 2019 off the coast of Hawaii and decided to photograph it because of some strange marking on its back. Magnifying the photo, he noticed suction marks and realized the 7-foot-long oceanic whitetip shark (Carcharhinus longimanus) had been attacked by what could have been a Kraken-like (at least in bravery) giant squid (Architeuthis dux), which can reach 39 feet in reality and 66 feet in legend. How brave was this squid?

"(It is) the most dangerous of all sharks."

No less of an ocean expert than Jacques Cousteau feared the oceanic whitetip more than the great white shark, and shark experts blame it for more human attacks than any other shark species. On the other hand (or in this case, tentacle), the giant squid is no slimy slouch either. While not as dangerous to humans, even those that venture to the depths where they live, giant squids are known to attack sperm and pilot whales and win some of the battles. While they normally swim at different depths, this shark obviously met one somewhere. Who start the fight?

"It is more likely this squid was being attacked by the shark and defending itself.”

Based on the size of the teeth and sucker mark, marine biologist and study co-author Heather Bracken-Grissom thinks the body was at least 3.2 feet long but the tentacles took it to an impressive 27 feet. Oceanic whitetip sharks can reach 13 feet and are not picky eaters – besides humans (in 1945, the USS Indianapolis was torpedoed and hundreds of sailors were eaten by them before help arrived), oceanic whitetips generally eat anything that meets their wide-open mouths. While they haven’t starred in a movie, oceanic whitetips are popular with some humans because they provide the main ingredient in shark fin soup. 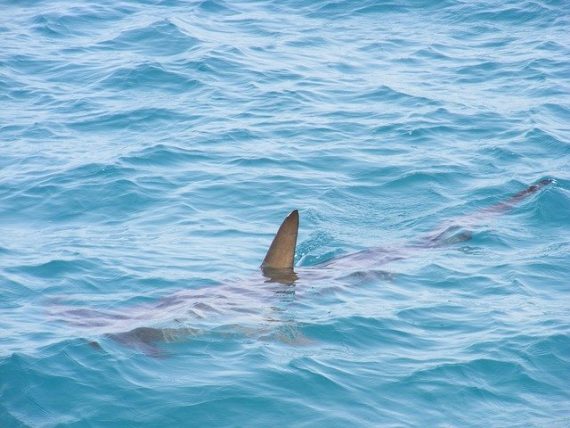 So, who won? Obviously, the shark survived. Did the giant squid? Cephalopods are not on the oceanic whitetip sharks’ preferred menu, so they may have reached a standoff. It may be difficult to find the actual squid or determine what species it was because divers have to descend through shark territory to get to their depths, and now they know that oceanic whitetips make the trip as well.

Perhaps it’s best to stay ashore and work on the script of “Kraken vs. Whitetip: Suckers and Teeth in a Waterspout of Death.” Streaming soon.

The Weird Story of the Ghost Army of World War II