The lost continent of Zealandia, which sank into the ocean 23 million years ago after breaking away from the supercontinent Gondwanaland, isn’t technically a ‘lost continent’ anymore – it was discovered in the 1990s and upgraded from microcontinent in 2017. However, most of its submerged 2 million-square-miles (5 million square kilometers) remain a mystery.

That changed this week when GNS Science — New Zealand’s leading provider of Earth, geoscience and isotope research and consultancy services – unveiled two new maps of Zealandia and an open-to-the-public interactive website with more data on Te Riu-a-Māui / Zealandia – the new name for the lost continent. Te Riu-a-Māui translates to the hills, valleys and plains of Māui - the great East Polynesian ancestor explorer of the Pacific Ocean. Māui is the mythical ancestor of all Polynesians who explored the Pacific. 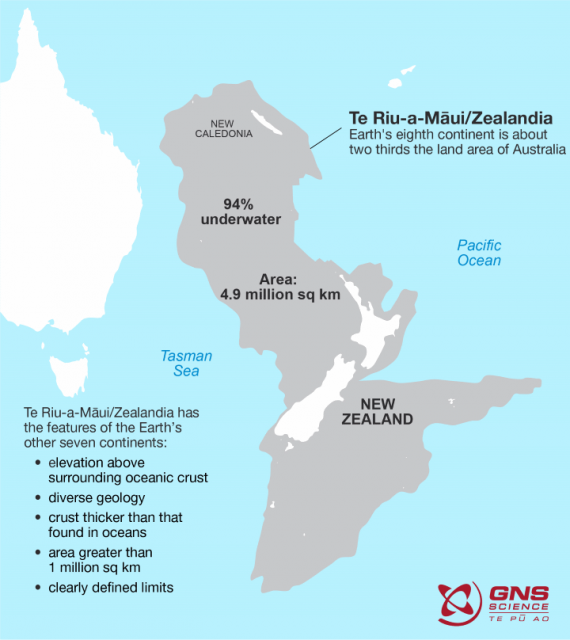 “We’ve made these maps to provide an accurate, complete and up-to-date picture of the geology of the New Zealand and southwest Pacific area - better than we have had before.

“Their value is that they provide a fresh context in which to explain and understand the setting of New Zealand’s volcanoes, plate boundary and sedimentary basins.”

Geologist Dr. Nick Mortimer, lead author of the maps, reveals in the press release that the maps are so much more than just the boundaries of Zealandia – they will help bring the geological history of New Zealand’s volcanoes from the mythical to the historical.

“Users can zoom and pan around different thematic geoscience webmaps of the region. They can readily view and interrogate the maps and turn layers on or off. They can also query features in the layers and generate custom maps of their own.” 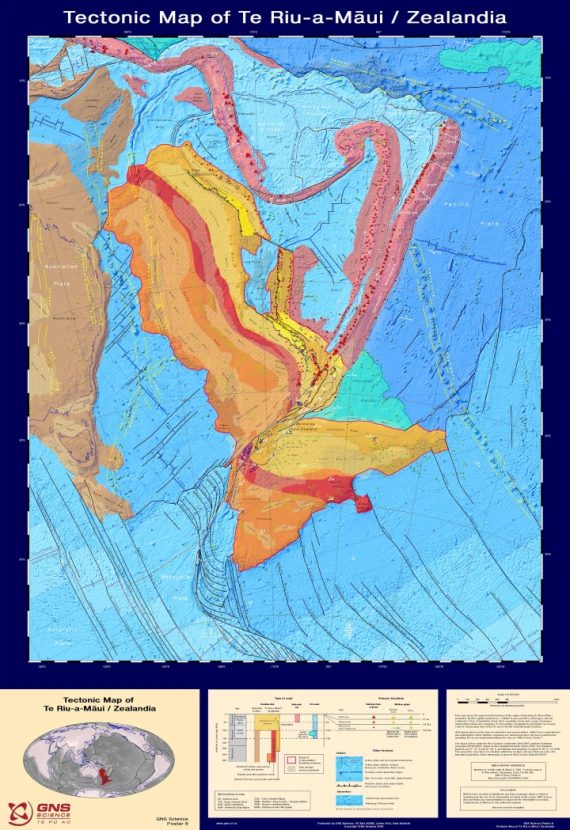 Program Leader Dr. Vaughan Stagpoole describes how easy it is to use the webmaps. Traditionalists can also purchase printed copies at the GNS Science store. The three maps available so far are a Geoscience data webmap showing general information about the size and shape of Zealandia; a Tectonic webmap showing major faults, plate boundaries and locations of ancient and modern volcanoes; and a Bathymetric webmap color-contrasting the solid land and seabed to show coastlines, territorial limits and names of major undersea features. All are provided here courtesy of GNS Science, which holds their license.

While the maps are impressive, GNS Science will continue its research and update the maps and interactive website as more information becomes available.

Māui would be proud.