In his 1892 book, Etruscan Roman Remains in Popular Tradition, Charles Godfrey Leland tells a fascinating story. Before we get to that book, however, a bit of background on Leland from George Knowles: "Charles G. Leland was an American scholar, folklorist, humorist and prolific author who wrote several classic books on English Gypsies and Italian Witches...During his time he wrote more than fifty books on a variety subjects, and penned uncounted articles for many major periodicals. His writings inspired the likes of Gerald Gardner and Doreen Valiente as well as many other pioneers of modern day Witchcraft.  In America he is also recognized for his effort to establish Industrial Art as a branch of public education." 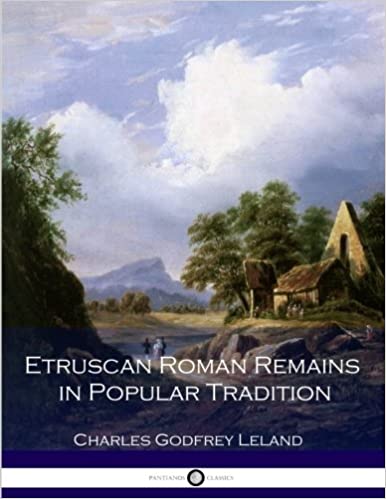 Leland wrote: "There is in Northern Italy a mountain district known as La Romagna Toscana, the inhabitants of which speak a form of the Bolognese dialect. These Romagnoli are manifestly a very ancient race, and appear to have preserved traditions and observances little changed from an incredibly early time. It has been a question of late years whether the Bolognese are of Etrurian origin, and it seems to have been generally decided that they are not. With this I have nothing whatever to do. They were probably there before the Etruscans. But the latter at one time held all Italy, and it is very likely that they left in remote districts those traces of their culture to which this book refers." Leland continued that the title – Romagna – was designated to the area in question for one specific reason: centuries earlier it was a part of the Papal or Roman dominion. The specific area to which Leland was referring was situated between Forli and Ravenna. During the course of his research, Leland uncovered something intriguing:

"Among these people, stregeria, or witchcraft - or, as I have heard it called, 'la vecchia religione' (or 'the old religion') - exists to a degree which would even astonish many Italians. This stregheria, or old religion, is something more than a sorcery, and something less than a faith. It consists in remains of a mythology of spirits, the principal of whom preserve the names and attributes of the old Etruscan gods, such as Tinia, or Jupiter, Faflon, or Bacchus, and Teramo (in Etruscan Turms), or Mercury. With these there still exist, in a few memories, the most ancient Roman rural deities, such as Silvanus, Palus, Pan, and the Fauns. To all of these invocations or prayers in rude metrical form are still addressed, or are at least preserved, and there are many stories current regarding them."

Leland further noted that deeply connected to the acceptance of, and devotion to, such ancient gods, there was a local, secret tradition which taught that every living thing – man, animal, plant, flower, tree, and so on – contains a life-force, a supernatural essence that many would term the soul. The recycling of the soul - into new forms after death – was part and parcel of the old lore, too. Leland also learned that: "All kinds of goblins, brownies, red-caps and three-inch manikins, haunt forests, rocks, ruined towers, firesides and kitchens, or cellars, where they alternately madden or delight the maids - in short, all of that quaint company of familiar spirits which are boldly claimed as being of Northern birth by German archaeologists, but which investigation indicates to have been thoroughly at home in Italy while Rome was as yet young, or, it may be, unbuilt." 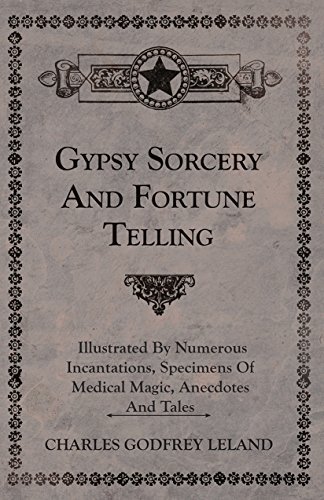 He added that linked to the acceptance of the folletti – also referred to as "minor spirits" - and  their attendant observances and traditions, were huge arrays of “magical cures” with appropriate incantations, spells, and ceremonies, to attract love, to remove all evil influences or to ensure certain events occurred, such as to “win in gaming, to evoke spirits, to insure good crops or a traveler’s happy return, and to effect divination or deviltry in many curious ways - all being ancient, as shown by allusions in classical writers to whom these spells were known. And I believe that in some cases what I have gathered and given will possibly be found to supply much that is missing in earlier authors." During the course of his studies, Leland discovered that many of the peasant folk in the Romagna area had deep knowledge of what he referred to as "scores of these spells." He expanded on this by adding: "The skilled repetition and execution of them is in the hands of certain cryptic witches, and a few obscure wizards who belong to mystic families, in which the occult art is preserved from generation to generation..."