More About the Controversy of Those Loch Ness Eels

A couple of days ago, I wrote an article here at Mysterious Universe on the theory that the monsters of Loch Ness, Scotland might be giant eels. In part, I said: "In the last few days there has been a surge of online debate and interest in the theory that the Loch Ness Monsters might be giant eels. It’s an interesting theory, as eels  – of normal sizes – do live in the loch. But, what of gigantic eels? In a May 28, 2020 article titled 'Jeremy Wade and those Loch Ness Eels,' Roland Watson – one of the leading figures in the quest to solve the Nessie riddle – wrote: 'A perusal of old newspaper stories from the 1930s shows that the giant eel theory was doing the rounds pretty early on.'" As I noted, the biggest problem with the creatures of Loch Ness being huge eels revolves around what witnesses often describe seeing. Namely, a neck and head appearing out of the water. The fact is that eels cannot raise themselves out of the water. Unless, that is, Loch Ness (and some of the surrounding Scottish lochs that also have monster traditions attached to them) has in its depths a very strange kind of eel that has eluded us. 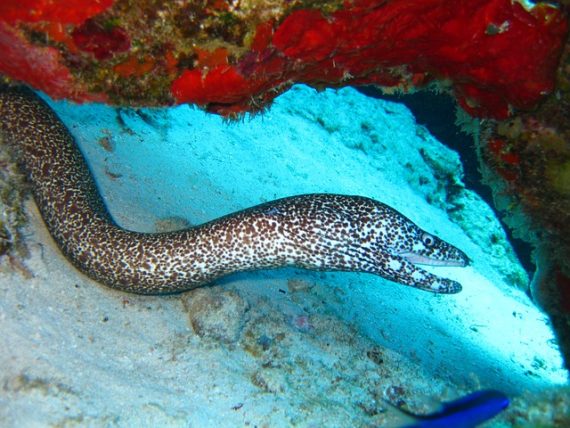 If (and, yes, it is a big "if") the Loch Ness creatures are eels of appropriately monstrous sizes, then that may help to explain another aspect of the Nessie phenomenon. It's the issue of the available amount of fish there is in the loch to feed an entire colony of large, and presently unidentified, animals. Or the lack of it. In 1993, AP News ran an article titled: "Loch Ness Monster May Really Be Lost Baltic Sturgeon." The article included the following: "Thirteen research papers to be published in The Scottish Naturalist conclude the total fish population of Loch Ness is only about 20 or 30 tons, making it quite barren. Any resident predator could weigh only about one-tenth of that, or 3 tons. To sustain a population of monsters, there'd have to be about 10 of them, of a maximum of 660 pounds each. That’s roughly the size of a big sturgeon - a fish valued mainly as a source of caviar. A sturgeon wouldn’t be bothered by the lack of food, because it only enters fresh water from the sea to breed and spawn and, while there, doesn’t eat."

Personally, I don't buy into the sturgeon theory because it cannot - at all - explain the famous, long neck. But, the issue of the loch possibly being "quite barren" of fish is an important one. There's no doubt that a colony of large animals would require a significant amount of fish to live on - and likely on a daily basis. That is, however, if there is such a colony. What if though, at any given time, there are just one or two creatures in the loch and not a colony, after all? Such a thing is not at all impossible. More intriguing is the fact that this brings us back to the matter of eels. It's a fact that they can live for a very long time. The Chesapeake Bay Program say: "American eels usually live for at least five years, though some eels can reach 15 to 20 years old." 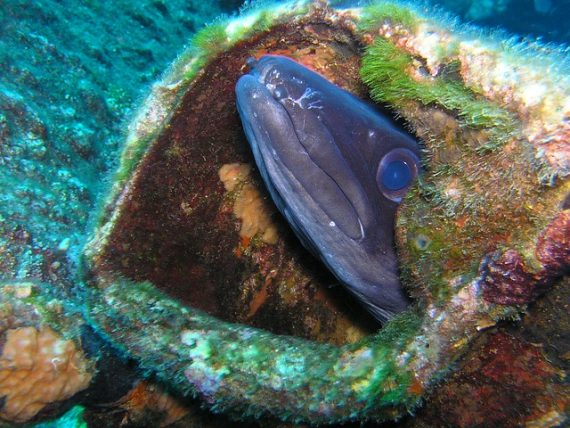 In August 2014, Live Science published a feature with the following title: "Something's Fishy: Did 'Oldest Eel' Really Live 155 Years?" The article begins as follows: "Last week, a man in Sweden claimed that his pet, a freshwater male eel named Åle, died after having lived for 155 years in a backyard well. But was Åle really the oldest eel to have ever lived or the star of a fish tale?" Eel expert, William O'Connor, a biologist and an expert on eels with Ecofact Environmental Consultants Ltd., Ireland, said: "Typically, males would be expected to live up to 15 years, and females up to 20 years, but it is known that they can live longer than this, and there is much variation. Notably, there's the following: "Because Åle the eel never left his home to reproduce, it's likely that he would have lived longer than the standard 15 years, O'Connor said. Another eel, named Pute, lived for 85 years in a Swedish aquarium, according to O'Connor. There is also record of an eel held in a well in Denmark for 55 years, he said."

All of this is very important. The fact that there have been reliable reports of strange creatures in Loch Ness since 1933 (and interesting, but hard to confirm, cases going back centuries), has quite understandably led people to assume the following: that there must be fairly large groups of creatures, young, old, and in between, living in Loch Ness at all times. But, if we apply the eel theory to all of this, we see a very different scenario. As is noted above, eels can have extraordinary lifespans. If the Nessies are giant eels, we might only be talking about a couple of them in Loch Ness at any given time. A Nessie seen, hypothetically, in 1965 just might be the very same hypothetical one encountered in, let's say, 2020. Finding food for a dozen or more large animals - and on a daily basis - in Loch Ness might be tough going. But, just two or three - living for very long periods - might find survival to be quite easy. In that sense, the eel theory does have significant merit to it. If it wasn't for the matter of the long neck, that is. Back to the drawing board? Right now, it's hard to say.