Protecting Earth from Deadly Asteroid Collisions By Tying Them Together

It’s time for another edition of What Could Possibly Go Wrong? Today’s idea: space scientists concerned about preventing a dangerous asteroid collision with Earth have proposed tethering the potential disaster asteroid to a smaller one, with the idea that the centrifugal imbalance would tangle them up -- thus throwing them off balance and onto a new path away from Earth. All together now: What could possibly go wrong?

“Doing so would send both objects careening away from Earth, not unlike someone stumbling to the ground after you tie their shoelaces together.”

You know you’re in trouble when Futurism compares your idea to tying someone’s shoelaces together in order to make the trip and fall – an old prank rendered nearly useless by loafers, flip-flops and Velcro straps. Nonetheless, some laces-tying researchers at NASA ‘s Solar System Exploration Research Virtual Institute (SSERVI) and Planetary Radar Department, the Division of Space Mechanics and Control at the National Institute for Space Research in Brazil and the Mechanical Engineering Department at McGill University in Canada got this idea and published a paper in The European Physical Journal proposing a more eloquent version of the shoelace prank for asteroids.

“The end result looks like throwing a giant bolas.” 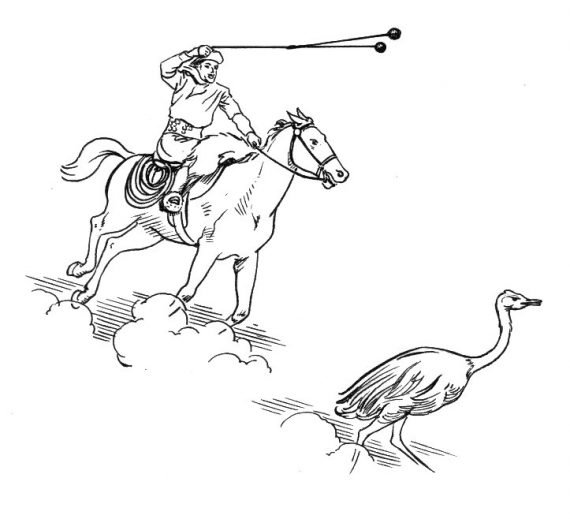 If the shoelace analogy wasn’t strange enough, Futurism then compared the proposed “tethered asteroid system” to bolas -- the throwing weapons made of weights tied together with a strong cord used by gauchos (Argentinian cowboys) to trip up cattle but actually date back to Pre-Columbian cultures. This weapon (and one-time dangerous toy) is actually closer to the how the asteroid tether would work – the leading weight on the bola tug at the trailing one as they spin through the air. In the same way, tethered asteroids would theoretically spin and pull each other out of their current paths and onto a new one. Before looking at what could go wrong, the researchers look at what could go right.

“Some of the advantages of this method are that it does not result in fragmentation, which could lead to another problem, and also the flexibility to change the configuration of the system to optimize the deflection according to the warning time.”

Many current ideas for asteroid avoidance are actually asteroid destruction – usually by a nuclear weapon – which could result in fragments of possibly large sizes still hitting the Earth. The tethering system doesn’t break anything apart. The study also found that longer tethers work faster than short ones at altering the path. Of course, the key here is early detection of the potentially hazardous asteroid (PHA) and then finding a smaller asteroid close enough to use or tow into place. This also exposes one thing that could go wrong – the PHA instead pulls the smaller asteroid into its collision path and Earth gets his by both and the tether in a cosmic version of an American football (remember sports?) clothesline tackle.

To prove their theory, the researchers modeled tethering the asteroid Bennu (101955 Bennu) – the well-studied potentially hazardous object that is currently orbited by the OSIRIS-REx spacecraft mission which will return samples to Earth in 2023. The model showed the bola-ed Bennu being pulled out of an Earth collision path by a tethered friend. Of course, that would take decades to reach the asteroid, find a partner, tie them together and slowly pull each other away. To justify future studies, the paper points out that the tethering system could also be used for asteroid mining – the tantalizing money-making scheme that has businesses anxious to throw cash at them before throwing missiles at them.

What could possibly go wrong? A worse collision. Is it still worthwhile? Ask a dinosaur. Oh, wait … you can’t do that because they were all killed by a hazardous object collision.

What could possibly go right?

LSD: Secretly Testing it on the Troops