Spirits of the Trees: Taking a Look at Ancient Beliefs

Of the many and varied kinds of fairies and elementals that were said to possess the awesome powers of shape-shifting, certainly one of the most mysterious, and strangest of all, was the Dryad. It was a definitive entity of magical proportions that took shape-shifting to a truly unique level – as we shall now see. The Dryad was a supernatural entity that features heavily in ancient Greek mythology, and which was exclusively associated with forests and woods, and trees. There was a very good reason for that. Britannica.com say of this strange, magical creature: "Dryad, also called hamadryad, in Greek mythology, a nymph or nature spirit who lives in trees and takes the form of a beautiful young woman. Dryads were originally the spirits of oak trees (drys: “oak”), but the name was later applied to all tree nymphs. It was believed that they lived only as long as the trees they inhabited."

In essence, the Dryads were what, today, we would consider to be nature spirits – nymphs, one might be justified in saying. While within the teachings of ancient Greece the Dryads were seen as the guardians and protectors of trees and of the woods, there was a related belief that they were the trees; that each and every tree had its own spirit; one that could appear in the form of the tree itself, or as a sprite-like fairy being. Different trees were possessed by – or could shape-shift into – different elementals and vice-versa. For example, according to the Greeks, ash trees were the domain of the Meliae – most well-known within Greek mythology as the protectors and guardians of the mighty Greek god, Zeus, during his very earliest years. 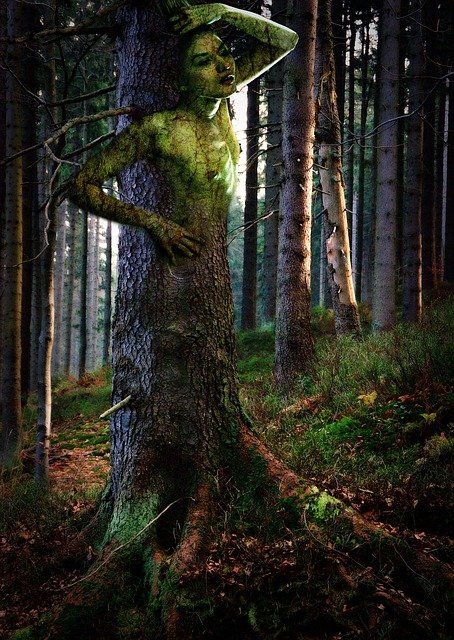 Mulberry bushes were cared for by a sub-group of Dryads known as the Morea. The Syke did likewise for fig trees. As did the Balanos for the oak, and Ptelea for the elm tree. There was a very good reason why so much care and dedication went into protecting the trees: should a tree die, then the elemental within it – or, depending on one’s belief system, the entity that could shapeshift into the tree – would die, too. Just like the Selkie of Scotland and Iceland, the Dryads possessed the magical ability to transform themselves into beautiful women and handsome men – with the female entity being the most often reported. 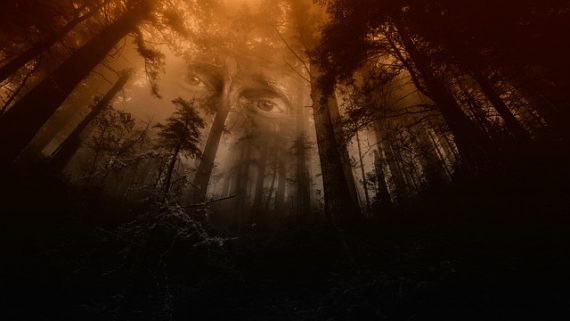 Mythology.net add yet further data to the magical tales: "Dryads are considered minor and mortal goddesses who have exceptionally long life spans but are deeply and supernaturally connected to the trees they call home, and are limited to the space of the tree or the forest the tree grows in. If the tree dies, then the dryad could die along with it, which is a tragic vulnerability that is acknowledged by the gods. If a mortal causes the death, then that mortal is usually punished unless he or she attempted to make peace with or appease the Dryad. The Dryads mischievously and fiercely protect their trees as well, and mortals would do well to not act foolishly around any tree inhabited or protected by a Dryad."

Indeed, we should be very protective of our trees. Whether you believe in the old legends or not, none can deny the near-magical atmospheres that woods and forests provoke.

A Mysterious Vanishing at the Grand Canyon