One of the most enduring explanations put forth to explain sightings of anomalous apes is that they are not unknown animals, but actually escapees from zoos and menageries. If there were just one or two cases on record, I might be inclined to suggest the stories possess a degree of merit. That there are, however, dozens of such stories, is a good indication they are a relatively modern day myth that has a habit of taking hold and perpetuating. In 2009, paranormal expert and author Mike Dash was leafing through a copy of the December 8, 1878 edition of England’s Sheldrake’s Aldershot & Sandhurst Military Gazette, and came across a fascinating story in its pages that sat below the eye-opening headline of: Capturing a Gorilla in Shropshire. The article began in an appropriately controversial fashion:

"For a fortnight past the district around Madeley Wood, Salop, has been in a state of intense excitement, by the alleged depredations committed by a gorilla, which is said to have escaped from a wild beast menagerie traveling to Bridgnorth. The animal was stated to have first made his appearance in the neighborhood of that town, where in the darkness of the night it was severally seen by a clergyman and a policeman, both of whom fled. It is also said to have appeared at several places in the immediate neighborhood." 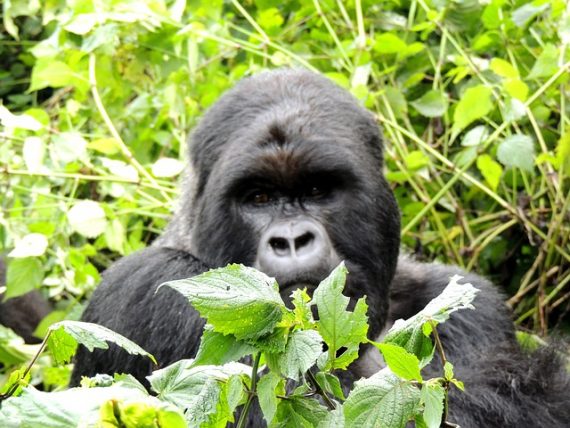 If the story was true, then it seems to have led to a spectacular case of mistaken identity, and near-tragedy, too, as the Gazette’s writer noted: "A few evenings since the occupier of a house in Madeley Wood went to bed at a reasonable hour, with the greater portion of his family, leaving his ‘gude wife’ up, who took the opportunity to visit a neighbor, leaving the door open and a candle burning. Returning in a short time, she was horrified at seeing a bent form, with a goodly array of gray hair around its face, crouching over the expiring embers of the fire, apparently warming itself, the light having gone out. Too frightened to shriek, she ran to her neighbors, who quickly armed themselves with pokers, iron bars, guns, and pitchforks and other instruments of a similar character, and marched in a body to capture the gorilla."

The "gorilla" – on this occasion, anyway – turned out to be nothing of the sort, as the article made clear to one and all: "The form was seen sitting at the fire, but evidently aroused by the approaching body, rose to its full height and revealed the figure of an eccentric character well known in the neighborhood as 'Old Johnny,' who seeing the door open had quietly walked in to light his pipe, accidentally 'puffed' the candle out, and was very near being captured, if not exterminated, in mistake for an escaped gorilla." The on-the-loose animal, reported the Gazette, "has not been heard of since." The reason I mention all of the above, is because the location is only a stone’s throw from Bridge 39, on the Shropshire Union Canal, England. That's where a legendary, supernatural creature known as the Man-Monkey of England's Shropshire was seen, just a few weeks after the article was published. An escaped gorilla or a supernatural ape? After such a long time, the answer is unlikely to be found. That is, unless, one day someone finds the old bones of a long-dead gorilla near the Shropshire Union Canal. Moving on...

I don’t personally think the following case is a provable example of the escape of some form of ape from a British zoo. The fact is, though, that it occurred right in the vicinity of just such a place, and one that happens to house the second largest collection of primates in the entire world, is admittedly, somewhat intriguing, and not a matter that can be wholly ignored. The story comes from one James Culwick, who told me that, back in 1992, when he was fifteen, he and several of his friends had a curious experience at Norton Juxta Twycross, Leicestershire. A very little village indeed, Norton (the Juxta part of the name comes from the Latin for "next to") is bounded on its east side by the Ashby Canal and is situated only a very brief distance from England’s famous Twycross Zoo - an 80-acre facility, which was founded in 1963 by Mollie Badham and Natalie Evans. 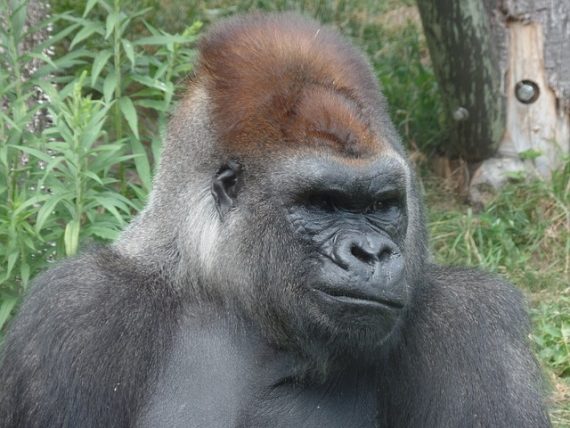 James recalls the distinctly strange affair: "There was a church in this village and behind the church was a small wooded area and fields, where we used to generally mess about and have a sneaky beer or two. One sunny day though myself and two friends (no beers involved) were messing about having a laugh as teenagers do when one of my friends shouted that he had suddenly seen something move through the undergrowth. He was genuinely shocked by what he saw as he claimed it was very tall, moving on two legs and covered in thick hair. On hearing my friend shout, I spun round as I had my back to him, I recall, and I too caught sight of something truly strange. It was only a glimpse, however, but I do remember seeing something through the leaves which was tall with scraggy brown fur. All I can remember is that immediately after the sighting I was shocked and so was my friend. We were quite scared and also perplexed because whatever we saw vanished after making its appearance. What is also worth noting is that my other friend saw nothing at all, very odd."

That the beast was described by James as being of significant height, effectively rules out some wandering, escaped little monkey from the Zoo as being the cause of all the commotion. And surely something of much bigger proportions would not have gone unnoticed by the zoo’s personnel. Yet again, we have a strange example of escapee versus unknown animal. Finally: In his classic title Cat Flaps, Andy Roberts discussed a wave of "big cat" sightings in the English county of Yorkshire in the 1980s. One particular series of encounters led a certain commentator to quietly inform Andy, in what sounded like a slightly conspiratorial fashion, that: "They all come from Knaresborough Zoo, you know." Of course, there was no evidence, at all, that the now-closed down zoo had lost any big cats; yet tales and theories along these very lines often spring up.