It was in the first week of 1885 that the Oregon-based Wallowa Chieftain newspaper published a story on its very own equivalent of Scotland's most famous monster: Nessie. It goes by the distinctly non-monstrous name of Wally! There is a good reason for that: it is (or they are) said to lurk  in the waters of Wallowa Lake, Oregon. It's an approximately three-and-a-half-mile-long body of water with a depth close to 300 feet. Before we get to the story, let's have a look at the lake itself.  Travel Oregon say: "Ice-age forces shaped the area around Wallowa Lake. The lateral moraines along the east and west edges of the lake were carved by glaciers as they inched their way down the valley. The are lots of activities to enjoy here: great fishing and water sports, go carts, miniature golf, hiking, Llama packing, or horse-back riding into the Eagle Cap Wilderness. The wilderness has over 500 miles of trails through alpine meadows and past pristine lakes. Here you will experience first hand the Alps of Oregon."

Now, with that said, let us get back to that story of 1885. It goes as follows:  "A prospector, who refuses to give his name to the public, was coming down from the south end of the lake on last Friday evening in a skiff shortly after dusk, when about midway of the lake he saw an animal about fifty yards to the right of the boat, rear its head and neck up out of the water ten or twelve feet, but on setting him it immediately dived. He ceased rowing and gazed around in astonishment, for the strange apparition which he had just seen, when it raised about the same distance to the left, this lime giving a low bellow something like that of a cow. It also brought its body to the surface, which the prospector avers was one hundred feet in length. The monster glided along in sight for several hundred yards. It was too dark to see the animal distinctly, but it seemed to have a large, flat head, something like that of a hippopotamus, and its neck, which was about ten feet in length, was as large around as a man’s body."

Although the stories surrounding Wally are admittedly few, there's no doubt that there's enough material to suggest someone should dig deep into the mystery. A road-trip to Wallowa Lake, in other words. Cryptid Wiki state: "A local legend among the Nez Perce tribe states that when the Nez Perce and Blackfeet were at war, the daughter of the Nez Perce chief fell in love with the son of the Blackfoot chief. One night, the couple took a canoe from the Nez Perce camp and rowed out on the lake. Eventually, the rival tribes realized what was happening and set out after them. The monster then came up out of the lake and attacked them, killing them all. To this day, the Nez Perce do not venture out on the lake." 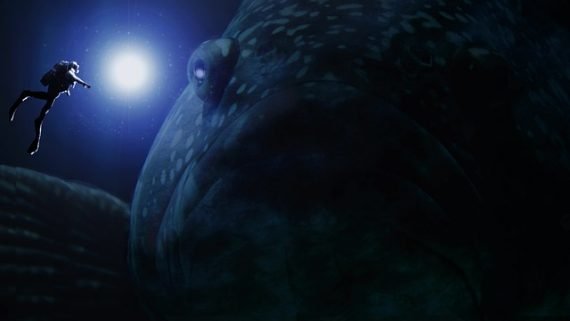 The Pine Barren Institute say: "In 1932 while out in their boat, a married couple known as the Reesey’s saw a 'great fish' beneath the surface that appeared to be longer than 15ft. They reported that they rowed over it many times but that it did not seemed bothered by their presence. A few years later in the early 1940’s, a young boy was fishing along the banks of the lake when he saw a large snake-like monster with a head reminiscent of a classic Chinese dragon. The monster – which appeared to be curious – swam in close to shore and in the direction of a few other fisherman before diving back below the surface."