The Bizarre Vanishing of Maureen Kelley

In June of 2013, 19-year-old Maureen Kelly went with a group of friends on a camping trip out at a place called Canyon Creek Campground, in the Gifford Pinchot National Forest in Skamania County, Washington, which extends along the western slopes of Cascade Range from Mount Rainier National Park to the Columbia River and covers approximately 1.32 million acres (5300 km2). By all accounts Kelley was very excited about the trip, although it was a rather spontaneous decision on her part. Her half-sister, Cheri Kaupu, would say of Maureen’s sudden plans:

She called me before she left to go camping with friends and asked if she could borrow some camping gear. She was excited about going … she told me she loved me. That’s normal for her. She’s an affectionate person. 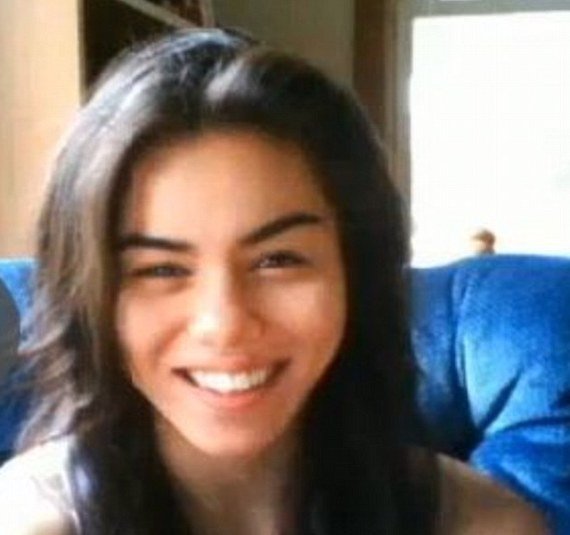 The trip started off normally enough, and everyone seemed to be having a great time, and they set up camp with no trouble at all.  It was a fairly remote area, but not so much so that it was completely closed off from civilization, and everyone there had some experience with the outdoors. There was no reason to think that anything at all would go wrong, but on the evening of June 9, 2013 a strange series of events would unfold when Maureen suddenly began talking about wanting to go on a “spiritual quest” out by herself in the woods. It was not a little weird, because the young woman had not previously mentioned anything about such a thing. No one was really even sure what she meant by a “spiritual quest,” and although Maureen was known as “a very laid-back, carefree girl,” she had never talked of such things before to those present, making it seem a tad bizarre and out of character.

At the time, no one really thought much of it, thinking it was just some silly talk, but then Maureen got up and expressed her plan to follow through with her spiritual quest, telling everyone that she would be back by midnight. She then walked off on foot towards the forest with nothing by her fanny pack carrying some matches, a small knife and a compass. It seems that shortly after leaving her friends behind at camp she had then stripped down naked, leaving her clothes folded behind and heading out barefoot. This is the last time she was ever seen again.

When midnight came and went with no sign of Maureen, the friends called out for her and looked for her, but when there was no sign they contacted the Skamania County Sheriff's Department and reported her missing. It was very odd that she should have taken off her clothes and shoes, because although the temperatures had been mild at the time she left, the night had been a cold one, and there was also the detail that she had not prepared her self in any way for being out in the forest, meaning she probably truly meant to be back before long. Still, it was all a bit surreal, and Maureen’s good friend Amanda Ziegler would say, "It’s strange because she would know better than to go out unprepared like that. It doesn’t make sense.” 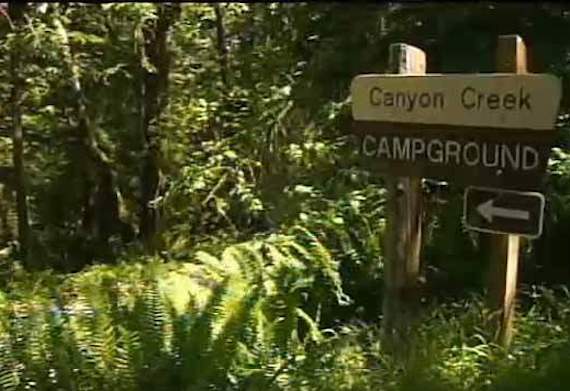 A massive search was launched of the area, and authorities were at first able to pick up her trail crossing Canyon Creek and climbing the opposite bank to Forest Road 54, but that is when the trail would just abruptly stop, and even the tracker dogs were unable to pick up a scent after this. It was as if she had reached that road and then just vanished off the face of the earth. How she even managed to reach that road at all was a bit baffling, as the terrain was very rough, challenging, and steep, with the added detail that she had been barefoot at the time. Authorities found it perplexing that anyone would have been able to navigate that area in the dark with no shoes or clothes on, and Sharon Ward of Pacific Crest Search Dogs would say of this:

Where she entered the creek is amazingly steep. It’s called Canyon Creek Campground for a reason. It’s very, very steep. So how she got down there barefoot is a wonder. And how she came up out of the bottom is a wonder.

As the search went on, temperatures continued to drop, to the point that it was considered unlikely that a nude woman would be able to survive out there without getting hypothermia, made only worse with rains that moved in. In the meantime, there were some clues into Maureen’s personal life, when it was found that she had been making some strange posts on Facebook in the days before her disappearance claiming to be a “guru” who was tasked with “spreading the love,” and posting a picture with the caption “There is no path to happiness. Happiness is the path.” Could this have anything to do with her “spirit quest” and subsequent vanishing? Who knows? Other friends would come forward to say that she had indeed mentioned some sort of spiritual quest, although they had been unsure what form this would take. Authorities believe that she had some sort of mishap out in the woods and then succumbed to the elements, and Skamania County Undersheriff Dave Cox has said:

There's always a risk of injury in the territory she's in -- it's very deep and rugged. There's a lot of debris on the forest floor, so she could slip on moss, or break a leg. There are a lot of different scenarios you could run into. There aren't too many folks we know of that are missing here without clothes on. 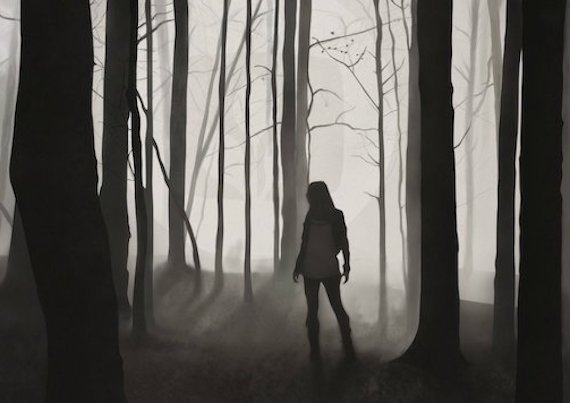 It is interesting to note some of the details of this case that seem to share the same MO as other mysterious vanishings within national parks, and which have been extensively covered by missing persons researcher David Paulides in his Missing 411 series of books. With Maureen Kelley, we have a woman who was suddenly overcome with a desire to venture out into the wilderness for reasons unknown, which is a common detail, as if these people are being lured. There is also the removal of clothing and shoes, which pops up again and again in such cases, as well as the navigation of terrain that should be difficult if not impossible. This is not to mention the inability for teams of dogs to pick up the trail after a certain point, and a point along the trail on which the missing person seems to have just faded from existence entirely, and no trace of any remains. What happened to Maureen Kelly? Why did she go out into that wilderness nude and without any gear? Was this a mental break, foul play, or something far more mysterious? No one knows, and it remains unsolved.

Rare Red Rainbow Over England — Is it a Sign?