Ancient sites are more often than not peppered with the mysteries of the past. They hold enigmas and unsolved clues that almost seem to taunt us through the mists of time, and as much as we study ancient sites, we usually seem to dig up more questions than answers. One fairly recent case of this happened in the country of Mexico, where a team of archeologists exploring a mysterious ancient city sent a robot down into its bowels and turned up more than they bargained for.

Sitting out at a site located fewer than 30 miles (50 kilometers) from the bustling urban center of Mexico City, lies one of the true wonders of the ancient world, a massive city built more than a thousand years before the arrival of the Aztecs. Called Teotihuacan, meaning “the place where men become gods,” it was once the center of a thriving megapolis of an estimated 100,000 residents, which at a time when the total population of the Earth was only 200 million made it perhaps one of the largest cities in the world at the time, seeing its heyday from between 100 B.C. and 650 A.D. The mysterious people of this city built by hand wide swaths of road, walls, elaborate buildings, and ornate temples such as the Temple of the Sun and the Temple of the Moon, which were grand pyramids not unlike those of faraway Egypt, to the point that when the Aztecs found it abandoned, they were awestruck by its splendor.

Teotihuacan is in and of itself an enigma. Although it was once perhaps the most populous and sprawling city the world had ever seen, almost nothing is known of its people and culture, and it was all mysteriously abandoned in some mass exodus event in around 700 A.D. for reasons unknown. Just about the only thing we know is that they worshipped around eight different gods, and made frequent animal and human sacrifices, but that is about it. In modern times this ancient city has been the focus of countless excavations, many of which have only deepened the mystery behind these long lost people, and although much of the surface of this place has been mapped, excavations have only scratched the surface of what lies beyond that, and there are also believed to be extensive labyrinthine systems of manmade tunnels and chambers underground that are completely uncharted territory. It is here at one of these places of perpetual darkness not looked upon with human eyes for thousands of years that yet another mystery would be found.

In 2013, something very odd was found down beneath a pyramid called the Temple of the Feathered Serpent, also known as Temple of Quetzalcoatl, when archaeologists from the Mexico National Institute of Anthropology and History were exploring its dank spider web of subterranean tunnels. To do this, they employed a robot called Tláloc II-TC. Measuring a mere 3 feet long, the remote-controlled robot was designed to squeeze into tight spaces too small for humans to enter, and it carries cameras, infrared scanners, 3-D mapping equipment, and a mechanical arm to push away debris in its path. Part of a robotic system called Tlaloque, it is carried to the target site by a larger rover, which dispenses it and another similar small robot like itself, and the system has been instrumental in uncovering numerous previously unknown tunnels, rooms, and side chambers. It was in one of these rooms that it would make a spectacular discovery. Archaeologist Sergio Gómez Chávez would say:

The robot was able to enter in the part of the tunnel which has not yet been excavated yet and found three chambers… We believe that high-ranking people, priests or even rulers, went down to the tunnel to perform rituals.

This was already exciting enough as it was, but what made it truly remarkable is what was found inside. There scattered all over the ground out in the open were hundreds of yellow clay spheres or orbs, measuring from 1.5 to 5 inches in circumference and covered with pyrite, also commonly called “fool’s gold,” which had over the centuries oxidized to become an amber mineral called jarosite. Because of this, back in pre-Hispanic times when they were first placed here the spheres would have appeared to be metallic, made of gold, and would have shone and glittered brilliantly. The walls too are covered in a coating of magnetite, pyrite and hematite, which would have made it seem as if the whole, scintillating chamber was crafted of solid gold. Truly it would have been a magnificent, breathtaking sight to see back in the time when people still ventured here long ago, but the archeologists have no idea at all as to what they mean or what their function was. Indeed, the whole origin and purpose of the chamber is a complete mystery, and it has been called by the team “an unprecedented discovery.” 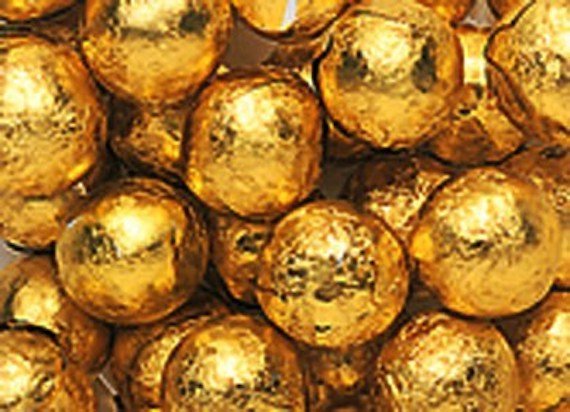 One of the main ideas was that this was likely a place of great importance, perhaps the center of the whole complex and used as a place for rulers and high priests, either as a place for rituals, a burial chamber, or both, although it is an utter mystery as to what kinds of rituals might have been carried out here. The spheres might have been objects for ritual purposes, talismans, or as offerings to their gods. It would have been an incredibly important place, further supported by evidence that seems to show that the main tunnel that leads to the secret chambers was at one point totally sealed off, as if to protect something of great value, and the main tunnel itself is lined with jade, stone, shell and pottery objects that would have been luxury items at the time. It is thought that if the cave is explored further, there may be more discoveries in the darkness, perhaps even the remains of a ruler, never found before in the city of Teotihuacan. At the moment there are no answers, and they remain just another of the many questions the ancients have left in their wake for us to ponder.