The Mysterious Call of the Void

Imagine if you will, you are at the top of some building or cliff, looking down through the dizzying height to the landscape far below. The scenery up here is great, you can see all around, but your attention keeps getting drawn back to that yawning chasm below, with people like ants scurrying about way down there, or maybe just trees or the sea far away down below you. Then you hear it, a little voice in your head that says "Do it.  Jump," sometimes faint and almost imperceptible, at other times a roar that reverberates through your head. You feel your body tense and an irresistible urge to plummet down to join the ground overcomes you, you seem as if you might almost go through with it, but then you come back to your senses, the rational taking over once again to drive that voice away, and you back away to a safe place. Are you crazy that you wanted to jump and fly through the air? What was that alien urge from outside of your head commanding you to plunge to your doom? Welcome to the void and its voices, a phenomenon perhaps more common that you may think.

The French, who first coined a phrase for this phenomenon, call it l'appel du vide, or “the call of the void,” also sometimes called “High Place Phenomenon,” but it can encompass more than just irrational thoughts of jumping to one’s death from a high place. It is more or less any sudden urge that pops into one’s mind and gives them a fleeting impulse to do something very dangerous that would probably kill or severely injure them. Although thoughts of leaping from a high place are the most commonly reported, it could be a lot of things, including the urge to suddenly swerve and drive into incoming traffic, jump in front of a barreling train, put something metal into an electrical socket, cut or stab oneself when holding a knife, or any number of other morbid urges we have to harm or kill ourselves. The thought is usually fleeting, and the person rationally knows they would never do it, but when the feeling hits it can be frighteningly potent and quite unsettling. 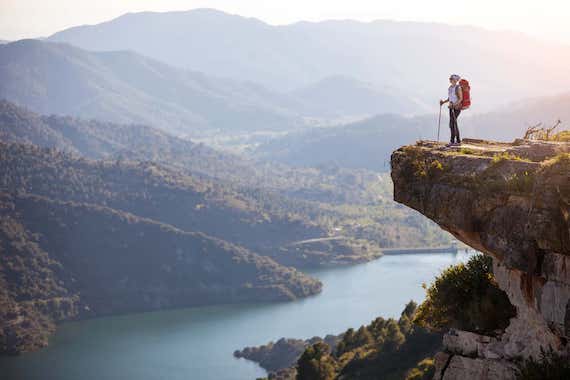 Anyone who has ever felt the call of the void might think that this indicates suicidal behavior or that they are somehow aberrant or abnormal, but this is far from the case. It is thought that at least 30% of people experience it at least once in their lives, and most of these people are not suicidal in the slightest, although people who are suicidal are more likely to report it. It is a bit of a conundrum, because if a person normally has no suicidal tendencies, no will to die and no actual intention of following these dark, impulsive thoughts to their conclusion, then why does it happen at all? What is going on here? Well, no one really knows, but it is common enough that there has been much study and debate devoted to this odd phenomenon.

One idea is that, quite the opposite of suicidal ideation, the call of the void represents an affirmation of our will to live. According to some researchers it might just be an odd concoction formed by a miscommunication between the conscious and subconscious minds operating in their own unique ways, and may be the brain’s weird way of actually showing that you want to live. For instance, imagine you are near a railing overlooking a steep, high drop. You might instinctively jump back as if to keep yourself from falling or jumping, despite the presence of the railing. You might feel like you wanted to jump, but backed away because actually you want to live and that backing away affirms that. Basically, because you did not jump or swerve your car, this indicates that in you in fact have the will to keep on living. One researcher Jennifer Hames, of the Department of Psychology at Florida State University, has said of this:

It could be the case that when you're up somewhere high, your brain is basically sending an alarm signal — you know, be careful. And that could actually lead you to take a step back, or notice your surroundings. Then that more deliberative process kind of kicks in and you start to think, why did I just take a step back? I'm totally fine. There's a railing. There's no reason for me to be afraid. Oh, I must have wanted to jump. Thus, individuals who report experiencing the phenomenon are not necessarily suicidal; rather, the experience of high place phenomenon may reflect their sensitivity to internal cues and actually affirm their will to live. 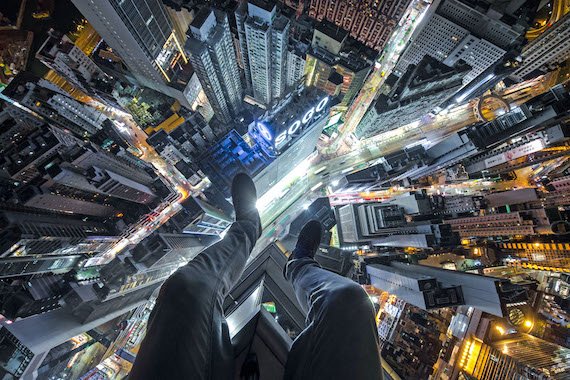 It’s sort of a warning drill from the brain telling you are alive and want to keep it that way. Another theory is that it actually evolved as a survival instinct, with impulsiveness being a way to adapt to and learn about the dangers of the world. In this scenario, the impulsiveness might have at one point in our natural history allowed us to more deeply explore the different things out there waiting to kill us, which is also the reason we tend to be drawn to dangerous things. Impulses can help us to find our limits if we act on them and come out on top. It’s like if you have the urge to jump between two rooftops of a building and actually do it. Although it could have killed you, you now know that jump is possible, and this could aid in your survival. In the case of the call of the void, we are looking at an extreme version of impulsiveness for survival. Although we know to stay away from, say, a predator, that impulsiveness to get closer to it and focus on it gives us a survival edge by allowing us to learn to be better prepared to deal with it. The American biologist, naturalist, and writer E.O. Wilson once said of this:

We’re not just afraid of predators. We’re transfixed by them, prone to weave stories and fables and chatter endlessly about them, because fascination creates preparedness, and preparedness, survival. In a deeply tribal sense, we love our monsters.

Other ideas include that we are dealing with an incarnation of our affirmation of free will and subconsciously questioning and exercising the personal freedom to choose to live or die, or that it is just random impulsive thoughts that have no meaning at all, like someone might have the sudden urge to shout out during a meeting or do some other foolish thing they have no intention of actually carrying out. The thing about impulsive thoughts like this is that the more you try to not think about them the more strongly they try to push through. It’s like if you told yourself right now to not think about pink rabbits and now you might not be able to get pink rabbits out of your head. In the case of the call of the void, you might be looking down from a high place telling yourself “I don’t want to jump, don’t think about jumping” and that ends up as coming through as the impulsive thought to “jump.” We constantly repress unwanted impulsive thoughts like these, things and acts we know are wrong, and the call of the void might just be one of these materializing to come to the surface.

Then there is also the idea that it is somehow in its own strange way linked to our desire to gamble, and idea put forward by researcher Adam Anderson of Cornell University. In this case we are entertaining impulsively taking risks in a bad situation in order to gamble against it and win. Basically, that call of the void is you experiencing a counter-intuitive display of risk aversion. So if you are at the top of the cliff and afraid of heights, you realize that the ground below is the desirable place to be, causing your brain to feel that pull to take the gamble to negate the risk of falling by simply getting to the safety the ground in the quickest way possible, even though that will kill you. Kara Goldfarb explains it well on the site All That is Interesting , who writes:

People are more likely to take risks when the situation is bad because they want to avoid the possibly bad outcome by gambling against it. As illogical as it may sound, if someone has a fear of heights their instinct is to gamble against it by jumping from that high place. Future gain is not as immediate as avoiding present danger. Fear of heights and fear of death are not so connected. Fear of death holds an emotional distance that other, less abstract fears don’t. Therefore, jumping solves the fear of heights immediately. Then you’re confronted with the fear of death problem. (Which may wind up not being a problem if you die.) 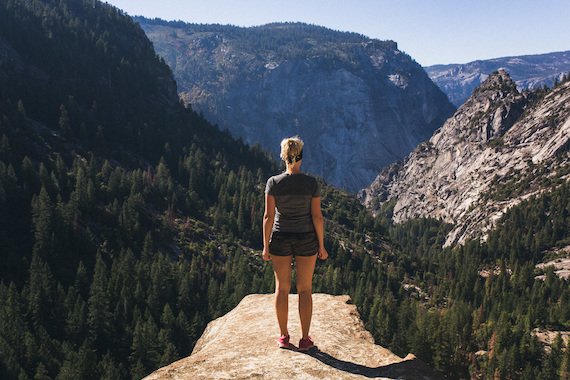 All of this counterintuitive clashing with your subconscious mind and rational conscious mind causes a sort of short circuit and cognitive dissonance, with the brain not able to deal with these contradictory signals its getting, in this case the desire to get to the ground versus the desire not to die, and so you get that brief urge to jump before things get under control. Of course there sadly are those who give into these impulses, and this can lead to either close calls or death. There is even the idea that some mysterious vanishings might be blamed on someone succumbing to a call of the void, or that apparent suicides carried out by people not known to have been suicidal might be the result of giving in to it. You can see how things might go wrong with going through with such an urge when you read a report from one Reddit user who says:

I explored an abandoned hospital last year, which had two towers with 10 floors. These towers weren’t that far from each other but not an easy jump. I stood on the roof of one, enjoying the view and whatnot and something started to… I don’t know what. In a matter of seconds, I sprinted and jumped roofs. I was not pleased with myself. I love heights but I hate being near an edge – jumping over it was so against my instincts I was really shaken.

Luckily these are typically only passing thoughts, no matter how scary and shocking they might be, and they usually reside leaving us in one piece. Yet, it is rather unsettling to know that our minds can betray us that way and put that urge there to begin with, all the more so because we don't really understand fully why it happens. Why is it that the ground calls to us, that lure of death overcoming our better judgement and instincts, if even for a second? Why do we feel like we want to risk our lives, go over that edge, drive into that traffic, and hurtle towards doom? We still don't know, and it remains a perplexing mystery of the human mind.

US Senator Calls for UFO Data in Intelligence Report