Many of you might have seen the film series The Purge, in which one day a year is allotted for people to carry out any crime they can imagine free of prosecution, but this must be surely pure fiction right? Well, technically, no, as there is a place where this is theoretically possible. Sprawled out over swaths of pristine wilderness in parts of the U.S. states of Wyoming, Montana and Idaho is the world famous Yellowstone National Park. Established in 1872, it is the oldest national park in the United States and indeed one of the oldest in the world, known for its beauty, abundant wildlife including such megafauna as bears, wolves, and bison, archeological sites, and geothermal features such as the well-known Old Faithful geyser. This is a huge realm of wilderness, covering 3,468.4 square miles (8,983 km2) of wild, largely untamed land that brings in floods of tourists every year who come for its myriad outdoor activities. Within this wild domain sits an isolated sliver of the park that has no roads and no connection to civilization, and in fact is disconnected from the law of society, where a person can legally get away with crime including murder. This is Yellowstone National Park’s Zone of Death.

The area in question is a narrow strip of land measuring just 50 square miles, which slightly spills over Idaho’s border, and for the most part it looks no different than the rest of the heavily forested area, but this place is special due to a legal loophole that technically makes it impossible to charge a person with a serious crime here. Like a real life version of the Purge series of films, only at this “Zone of Death” it is like that every day, with anyone committing a crime here technically untouchable by the law, no matter how heinous the offense may be. But how could this be? How is it that someone could commit a murder here and then just walk away scot-free? 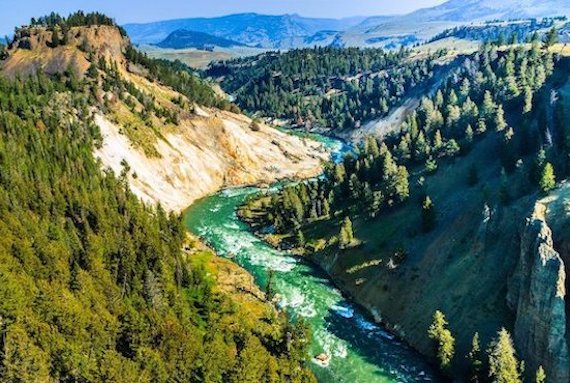 It all has to do with a purported loophole in the Constitution of the United States, which is born from the unique land jurisdiction here. Yellowstone National Park was formed in the days before Montana, Idaho, and Wyoming joined the Union, and while the park itself would ultimately fall within the jurisdiction of Wyoming, unique in that it gives the state jurisdiction over land that technically lies in another state, the federal government has ultimate exclusive jurisdiction over the park, so that means a crime committed here cannot be tried by state law. The tricky part here comes from the 6th Amendment of the U.S. constitution, which guaranteed citizens the right to a quick and fair trial, and which also states that a jury must be formed of a group of people from both the state and federal district where the crime was committed. This normally does not present a problem, but in the case of the Zone of Death we run into a conundrum.

The problem lies with the fact that this part of the park, which is under federal jurisdiction, seeps over into Idaho, so any crime committed here would require a jury drawing from people who reside in Idaho and also fall under Wyoming’s federal jurisdiction. Essentially, any juror would have to be not only a resident of Idaho, but also live within the borders of the park, and although many people do live within the park as a whole in Wyoming and the sliver that passes over into Montana, in this case it would be an impossible feat because in this one area of Idaho there happen to be absolutely no permanent residents who could act as jurors. What’s more, since the park is under the federal government’s jurisdiction, the state of Idaho would be unable to prosecute a crime there, even though it lies within their state. The trial would also have to be carried out in the area where the crime was committed, but there is no courthouse here in this remote place either, so effectively the defendant would not have access to a fair trial and the charges would have to be thrown out. 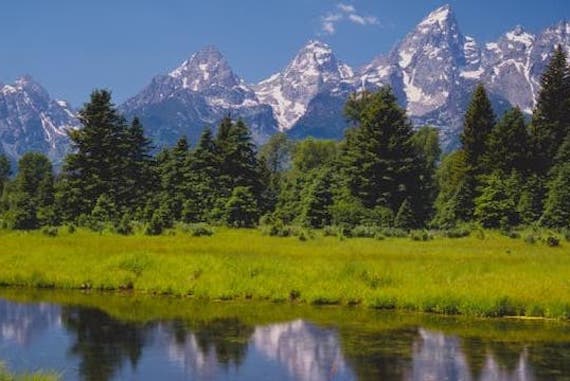 The loophole was originally discovered by Brian Kalt, a law professor at Michigan State University, who was initially shocked by this glaring loophole, and he immediately worried that his article he planned to write might inspire criminals to exploit that loophole, so before publishing he went about alerting various government agencies about it, including the Department of Justice, the US Attorney for Wyoming, and the House and Senate Judiciary Committees, so that they might react to fix it. He would then write about it in a 2005 article in the Georgetown Law Journal entitled The Perfect Crime, after long theorizing that there could possibly be a region of the world in which there would not be enough citizens who were eligible to be jurors under the law, and in Yellowstone he found it. He explains of the Zone of Death:

If a crime is committed there, then the jury has to be from the state — Idaho — and the district — District of Wyoming — where the crime was committed. So the jury would have to be from this little zone in the park, and nobody lives there. If someone committed a crime there and had a right to a jury trial, if it was a major crime, then there’s no way to prosecute them successfully. That’s the theory. A defendant could use that as a defense and it might work. It probably wouldn’t work in a trial court, but on appeal, I think there is a good chance that it would.

The Zone of Death gained more notoriety when it featured in the popular 2008 crime novel Free Fire by C.J. Box, and pretty soon it was all over the news, with much talk of how to close the loophole. The main way to fix it would be to simply pass the portion of the park that lies in Idaho into the jurisdiction of the District of Idaho, but so far this has not been done and the loophole still exists. You might be asking yourself right about now if anyone has ever actually exploited it, and there is at least one case of this almost happening, in a sense. In 2007, a hunter by the name of Michael Belderrain found out about the loophole and used it for his defense on a charge of illegally shooting an elk in 2005. He invoked the fact that he had been on Yellowstone land and demanded to have a trial carried out by jurors from that area, which happened to be in Montana. Although there are residents in that area, there were few enough that it made going through with a trial difficult at the time and the trial was held in Wyoming, which defied Article III of the Constitution, allowing the accused to demand trial in the state where the crime took place. Belerrain eventually took a plea deal, but he could have appealed, and it did show the haunting possibility that the Zone of Death in Idaho actually holding up in court. 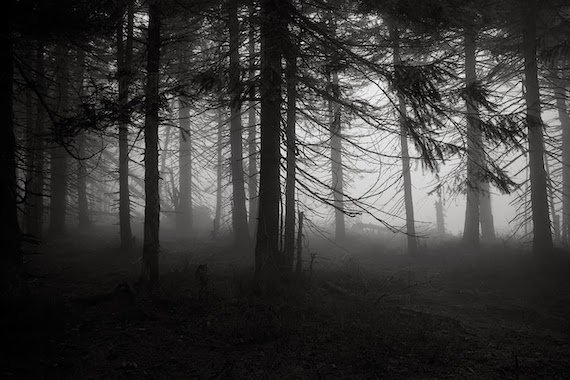 Luckily, there are no known homicides that have been carried out in the Zone of Death, but just knowing that it exists out there, this place where crimes can theoretically be committed with impunity, makes a lot of people nervous, including Kalt himself. He feels in a way responsible for pointing it out in the first place, and worries about the day a murder might be committed there, even as he actively tries to get the law fixed and has even written a follow-up article on it, all to no avail. One of the main frustrations is that Congress seems to be reluctant to either even confirm or deny the problem exists at all, and considering that it is such a relatively small area of land in such an isolated and remote area there appears to be not much government interest in pursuing it. Nevertheless, it looms over the area like a black cloud, and Kalt has said of all of this:

So there you have it. If you ever want to carry out a crime, just make sure you do it in this isolated, forbidding stretch of wilderness and you should be alright. While it does seem unlikely that anyone would actually follow through and try to truly exploit this loophole, it is interesting that it is still there at all, and that even murderers would be untouchable if they committed their dark crime in this place. Perhaps one day it will be fixed, but for now Yellowstone's creepy Zone of Death remains.