The Strange Story of a Cursed Japanese TV Commercial

If you were to have been in Japan in 1985 and turned on the TV, you might have been treated to a one strange commercial for Kleenex brand facial tissues, which features a woman in a white dress and a child-sized, impish one-horned ogre with red skin played by a child actor. In the commercial, they are sitting upon a bed of straw with a box of tissues placed between them, and as the little ogre sits there with arms crossed and an inscrutable expression on its face, the woman leans over, pulls out a tissue, and then lets it float off into the air. Not a single word is spoken in the entire 30 second run time, and it is all overlaid by the eerie, melancholic tune “It's a Fine Day" by Edward Barton and Jane. The commercial, which you can see here, is rather short, and the first thing one might notice other than the sheer surreal bizarreness of it and how it has nothing at all to do with tissues, is just how incredibly creepy it all is, and unsettling on some primal level that is hard to place. It is perhaps because of this that this simple commercial has gone on to become an incredibly pervasive scary urban legend in Japan, surrounded by all manner of sinister rumors and spooky tales. Japanese TV commercials can be weird, but this one really takes the cake.

The commercial would have another version released at about the same time as well, in which the ogre enthusiastically rips tissues from the box to send them scattering and is no less eerie, and both versions only aired a few times, supposedly because there was a backlash and scores of complaints that came pouring in right after it went on air. According to the lore, the creepy ambiance of it all was truly disturbing for many viewers, and on top of that it was claimed that the original song with the commercial was not It’s a Fine Day, but rather a song in German that eerily contained the lyrics “Die, die, everyone is cursed and will be killed” for anyone who could understand German. After a deluge of complaints, it was apparently pulled off the air, but this was not enough to stop the increasingly bizarre and macabre stories that would gravitate towards it. 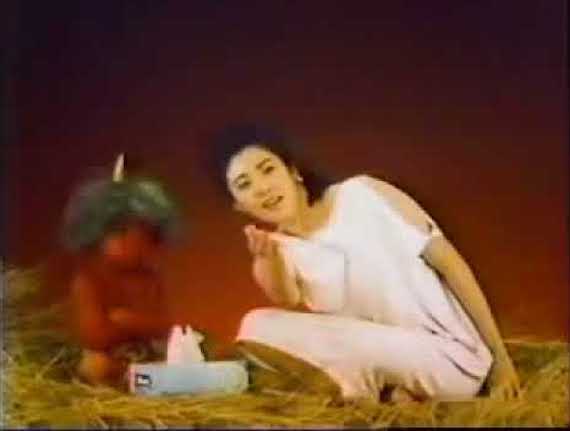 Among the first stories that began to surround the commercial are concerning the cast and crew of the commercial. The crew supposedly all died one by one in a series of unfortunate freak accidents and bouts of sudden illness, including the child who played the ogre, who apparently suddenly wasted away and died of organ failure. Producers, the director, cameramen, gaffers, no one was spared according to the lore, all of them either dying or suffering from some sort of misfortune or strife. The actress in the commercial has also variously been described as having been sent to a mental institute, committing suicide, or giving birth to a deformed, demonic looking baby. It was also claimed that many of those who had seen the commercial had gone insane and either committed suicide, lost their minds, or vanished without a trace. However, perhaps the best of these stories begin to emerge after the commercial resurfaced decades later when it was rediscovered.

In 2006, the old Japanese Kleenex commercial was dusted off and presented for a new generation of viewers when it hit YouTube. As soon as it did, there were immediately all sorts of weird reports of something awry. The typical stories of people going insane, having seizures, or losing consciousness while watching it began to surface, but there were also even more ominous claims of some people dropping dead while watching it. Another oddity noticed by some viewers was that if the commercial is watched at the stroke of midnight, or after recording it and playing it back, then certain details will change. In some cases, the red ogre becomes blue, or the color of the woman’s dress changes. In more extreme cases the music supposedly changes or terrifying forms and faces flicker across the screen, as well as numerous other distortions and anomalies, and sometimes the power to the entire residence apparently cuts out. Some people have insisted that the video contains subliminal messages, and that they feel compelled to carry out certain acts or display inexplicable changes in behavior when watching it. 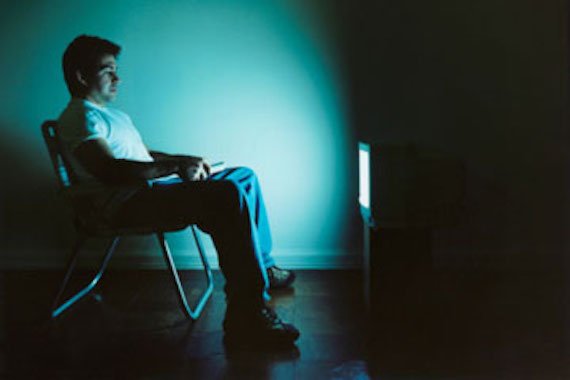 It is all pretty frightening, and seems like something right out of some horror movie, but you are probably alright to watch them because many signs point to this being just another urban legend of the Internet age. For one, there seems to have never been a version with a German song ever released, despite insistence that it was originally released that way. There is also no way to verify whether any of the crew actually died and suffered as described, and one big red flag is that the actress in the commercial is named Keiko Matsuzaka, who is alive and still acting today, and not only has never been in a mental institution, but also from all available evidence has never had a grotesque demon baby. Japanese TV commercials are generally already quite weird enough as it is, but this one in particular really seems to have made a name for itself. Is this all urban legend, or is there anything more to it all? Whatever the case may be, the case of the cursed Japanese Kleenex commercial continues to make the rounds.