The Strange Story of the Great Emu War of Australia

One of the many unique indigenous animals to Australia is the emu, the second largest living bird. Somewhat resembling its cousin, the African ostrich, they are enormous flightless birds reaching over 6 feet in height, and cover a range covering most of mainland Australia, where they are a cultural icon, a national symbol even featured on the coat of arms, and have significant lore surrounding them among the indigenous Aboriginal people. They are certainly majestic and respected birds now, but emus are not particularly feared or dangerous, which makes it all the more surprising that there is a time they went to war with the Australian military- and won.

In the days after World War I, a large number of combat veterans were given tracts of land in the open areas within the desolate region of Western Australia, where many of them sought to leave the horrors of war behind and take up a peaceful life of farming, mostly wheat. Indeed, the entire region was being primed as a major wheat farming area, which was once in high demand, but this was also an area that happened to be a choice habitat for tens of thousands of emus, which wanted to move in on this nicely cultivated territory and all of that free wheat and irrigation water. At the time, the farmers were struggling enough as it was, due to being denied the subsidies they had been promised by the government, wheat prices were falling, and the Great Depression was in full effect. On top of all of this, the emus were running amok, the once protected birds now considered marauding vermin, destroying rabbit fences and voraciously devastating crops in the process, and at some point, farmers had had enough. 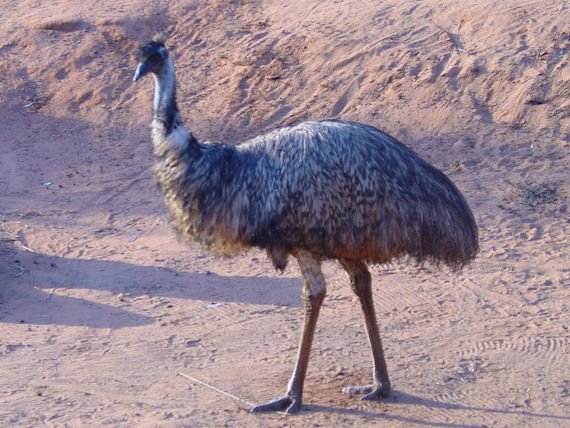 A group of ex-soldier farmers took it upon themselves to pick the birds off with rifles, but this wasn’t enough to do much good, and so they approached the Minister of Defense George Pearce about their problem to request that they receive high powered weaponry and reinforcements in order to be able to fight back against the threat. Troops were deployed to the afflicted areas in October of 1932, led by a Major G. P. W. Meredith of the Seventh Heavy Battery of the Royal Australian Artillery, and armed to the teeth with trucks, machine guns, and two Lewis guns with 10,000 rounds of ammunition, almost as if they were headed to another World War rather than on a culling mission. It was thought that this would be merely good target practice and that there would soon be no more emu problem, but the big birds would prove to be more worthy adversaries than first thought, and so what has come to be known as the Great Emu War would begin.

It immediately became apparent that the birds were difficult to target due to their habit of breaking up into smaller groups. They also usually stayed out of effective range, and on the first day only around a dozen birds were killed while thousands more circled the forces. It was also found that the birds were tremendously tough and hard to kill, often shrugging off direct hits and able to run and maneuver even when wounded. On November 4, the troops set up an ambush for the birds using concealed gunners, and an estimated 1,000 emus were moving towards their position, but as they drew close enough to engage, only around a dozen more were gunned down before their Lewis gun jammed up and the rest of the birds scattered in all directions. It is unclear if they were laughing at or taunting the troops as they did this, but we could only assume they were. Considering the sheer number of the birds that they knew were out there, they went several days without seeing any more of the emus, and Meredith brought his men further south in order to find them, with only sporadic encounters. They were so good at keeping out of range, hiding, and scattering into groups that some of the men even began to get the feeling that they were thinking things out and strategizing, and one soldier would later say of this:

The emus have proved that they are not so stupid as they are usually considered to be. Each mob has its leader, always an enormous black-plumed bird standing fully six-feet high, who keeps watch while his fellows busy themselves with the wheat. At the first suspicious sign, he gives the signal, and dozens of heads stretch up out of the crop. A few birds will take fright, starting a headlong stampede for the scrub, the leader always remaining until his followers have reached safety. 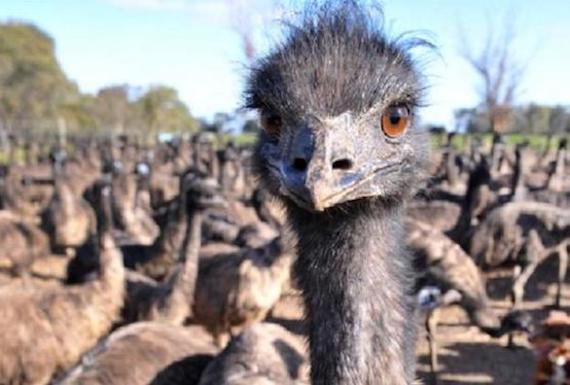 The troops tried mounting their guns on trucks in order to keep up with the extremely fast birds, but this made it even harder to hit the nimble targets. By the 6th day of the campaign, the troops had blown through around 2,500 rounds of ammunition to kill perhaps 200 birds. Seeing as this was not a winning or economically viable situation, on November 8th the whole operation was called off, with Meredith allegedly quipping that at least the Australian forces had suffered no casualties. Emus-1, Australian military- 0. Meredith was so impressed by the maneuverability and durability of his formidable emu foes that he would later say:

If we had a military division with the bullet-carrying capacity of these birds it would face any army in the world ... They can face machine guns with the invulnerability of tanks. They are like Zulus whom even dum-dum bullets could not stop.

The news of the weird mission and its withdrawal was all over the media at the time, mostly in a tongue in cheek way, and politicians made statements about how the emus should be the ones awarded medals. It had all been seen as a waste of resources and a gross underestimation of the “enemy.” Not deterred, Meredith actually launched a second campaign against his adversary, this time more successful with an estimated nearly 1,000 birds killed, but still far from the numbers that they had been aiming at and not even making a dent in the population. It also was found that it took an average of 10 bullets for every one emu gunned down, making it more trouble than it was worth, and so the troops withdrew again. Emus-2, Australian military- 0. Emus win.

Although farmers would go on to request government military intervention several times after that, the government had had enough of trying to use military force to solve the emu problem, enacting a bounty system instead. Even after that, the emu population remained stable and continues to do so. In retrospect, that the Australian military took on a bunch of giant birds and then lost seems farcical and absurd, and it stand out as a very unique little historical oddity.