The Very Strange Life and Death of a B-Movie Queen

Hollywood is certainly no stranger to weird hijinks and bizarre tales. It seems that the place is full of such tales throughout its history, often orbited by the truly surreal bizarreness that only Hollywood can conjure up. For one of the odder little odysseys in this history of the odd, we go back to a mostly forgotten actress from the 50s who lived a life and died a death that seems to have been scripted for a movie. Welcome to a real, very strange world of movies, the CIA, Jordanian Kings, secret experiments, and off the wall deaths.

Back in the 1950s, Susan Cabot managed to break into Hollywood and make a bit of a name for herself as a prolific actress in mostly westerns and B-movie schlock such as Roger Corman’s low budget films Sorority Girl, War of the Satellites, Machine-Gun Kelly, and The Wasp Woman, as well as many others. At the end of the 1950s, her star was beginning to fade a bit, she had become disillusioned with the film industry, and she likely would have gone on to become just another washed up and forgotten has been actress if it wasn’t for a meeting in 1959, which sparked a new bizarre direction in her life and plays out almost like a movie itself.

It started in April of 1959, with a visit to the United States by King Hussein of Jordan, who at the time was on a diplomatic mission to seek increased U.S. aid to his nation. His first stop was Los Angeles, and according to a memo released by the CIA, the agency supposedly tried to hook him up with female companionship during his stay, through a contact and private investigator named Robert Maheu, a former FBI agent and fixer for billionaire Howard Hughes, who was also rather notorious for also being the one that the government wanted to connect them with mafia leaders to help with assassinating the Cuban dictator Fidel Castro. Although it is not known exactly who the CIA approached through Maheu, one of these seems to have been Susan Cabot, as she then rather conveniently met Hussein at a party at the house of California oilman Edwin Pauley, and immediately hit it off with him. They apparently got along so well, in fact, that they engaged in a bit of a whirlwind romance that made headlines and led to the birth of an illegitimate son, Timothy Roman, in 1961.

Timothy is a bit of an odd story himself. The boy was born with dwarfism, and doctors estimated he would be forever stunted and never grow taller than 4 feet. Horrified, in 1970 Cabot boldly enrolled her son in a highly experimental program carried out by the National Institutes of Health, and which entailed injecting 10,000 volunteers with a hormone derived from the pituitary glands of the deceased. Timothy took this experimental treatment for a full 15 years, and it seemed to work, because it added over a foot to his height. Cabot allegedly took the injections as well in the belief that it would allow her to extend her youth, but in 1985 the program was discontinued due to reported side effects of degeneration of the central nervous system that could lead to insanity or even death. This, plus her divorce in 1983 from husband Michael Roman, as well as possibly the effects of juicing on the pituitary glands of cadavers, sent Cabot spiraling into a deep depression, mental instability, and madness.

Although she still was getting a decent influx of income through real estate investments, restoring and selling vintage cars, and support checks from King Hussein, she by all accounts fully let herself go. Her once immaculate and stately Los Angeles mansion fell into complete disarray to become stuffed with rancid piles of garbage and miscellaneous junk, with the garden unkempt and overgrown with weeds, and the whole of it prowled by two intimidating Akita dogs that were so neglected that they had become no more than snarling, feral beasts, like hellhounds out of some fairy tale. At the same time, Cabot was increasingly reclusive, rarely showing her face outside of her filthy, putrid lair. Deemed unable to care for herself, her son Timothy lived with her in the squalor to make sure she was alright, although he apparently did not do much cleaning up. Cabot’s thoughts were increasingly consumed with dark fantasies, paranoia, mania, suicidal thoughts, and debilitating phobias, to the point that even her own psychologist found their sessions to be “emotionally draining.” In short, she was a complete loon. This might have contributed to the last bizarre chapter to the saga.

On December 10, 1986, Susan Cabot was found dead face down on her bed wearing nothing but a purple nightgown, her head bashed in with a weightlifting bar from the then 25-year-old but extremely young-looking Timothy’s home gym. According to Timothy, he had awoken in the middle of the night to find a man in a ninja warrior mask prowling about in the kitchen. A martial arts enthusiast, Timothy then gave a dramatic description of he had engaged in battle with the ninja, but had been stabbed and knocked unconscious. The intruder had then allegedly gone and killed Cabot. It was all very intriguing, but the police didn’t buy it, partly because Timothy’s injuries were, according to one prosecutor, “hardly the degree of injury one would expect from a death-defying battle with a Ninja warrior,” and partly because the Akita dogs guarding Cabot’s room were so large and fierce that even police were not able to approach the room at first, leading them to call in animal control officers, and even they were terrified. That the bloodied murder weapon had been found in Timothy’s room was also not a little suspicious, and so in the face of continued interrogation he came clean and told them the real version of events. 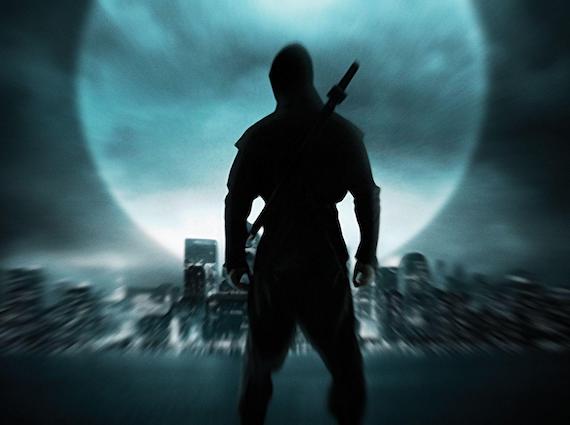 In this scenario, Timothy was woken by his mother’s screams, but when he went to check on her she was in a sort of trance and attacked him with a scalpel and the weightlifting bar. After a struggle, he had managed to wrest the bar away and clubbed her with it in self-defense. At his trial, Timothy’s defense would paint a picture of a deranged mother who had slipped into madness, and also claim that the treatments the son had received and the medication he was taking had taken their toll on his judgement and ability to control his rage. To the defense, this was a crime of passion, carried out by a man who had been mentally traumatized by his mother and his mind fragmented by the drugs. Defense attorney Chester Leo Smith would say:

Timothy Roman was a failed human experiment. They medically added more than a foot onto him. When you force the size of an individual to increase, you also force brain cells to increase. What happens is that doctors are performing a balancing act. I think Roman is just a statistic that went bad.

In the end, Timothy Roman would be found guilty of the lesser charge of involuntary manslaughter and receive a rather light sentence of 3 years of probation. And thus we wrap up this truly outlandish tale of Hollywood stars, experimental growth treatments, the mafia, CIA conspiracies, and bizarre deaths with ninjas thrown into the mix. It certainly seems that Susan Calbot lived a life and had a death that plays out just about as strangely as any of the movies she ever starred in, and it remains a rather curious oddity.