When the Men in Black Investigate Monsters and Strange Creatures

Whenever the matter of the Men in Black surfaces, it inevitably provokes debates on UFOs. It's a far lesser known fact, however, that the MIB also have significant ties to the world of Cryptozoology - the study of unknown and mysterious animals. Just about everyone will know of the associations between the Mothman and the MIB encounters that dominated the city of Point Pleasant, West Virginia in the 1966-1967 era. So, I'll avoid that particular affair and focus on some more obscure incidents. We'll begin with a woman named Maureen Abbott. She saw, when she was in her twenties, what she describes as a large "black panther" late one winter’s evening in either 1954 or 1955. Astonishingly, it was doing nothing less than racing along the track as she stood, alone, awaiting a train on the Bakerloo Line of the London Underground. Describing the animal as running very fast, she said that as it passed her, it quickly looked in her direction, with a menace-filled frown on its visage, before vanishing into the darkness of the tunnels. Although Abbott did not see the creature again, she has never forgotten her brief, terrifying encounter with the unknown, deep below the city of London.

There is a very curious sequel to Abbott’s encounter: two-days later, she was visited at her home by a government official who, while the pair sat and drank cups of tea, advised her, in fairly relaxed tones, not to talk about the experience. Of course, to a degree, this aspect of Abbott’s story inevitably conjures up and provokes Men in Black-style imagery. If true, it suggests that elements of the British Government may wish to keep exceedingly quiet the fact that wild animals are on the loose in the heart of London’s old tunnels. Still on the matter of what have become known as "Alien Big Cats," there is the following: I have seven reports on file where witnesses were on the receiving end of what can only be described as MIB-themed telephone harassment. Notably, in two of those seven cases, the witnesses claimed to have seen the bodies of dead ABCs: one was seen by the side of a road near the English village of Blakeney in 1986, by a shift-worker on his way home, around 3.00 a.m. The other body was almost literally stumbled upon, in October 1987, in an area of woodland near the English town of Bradford on Avon, during the early afternoon. 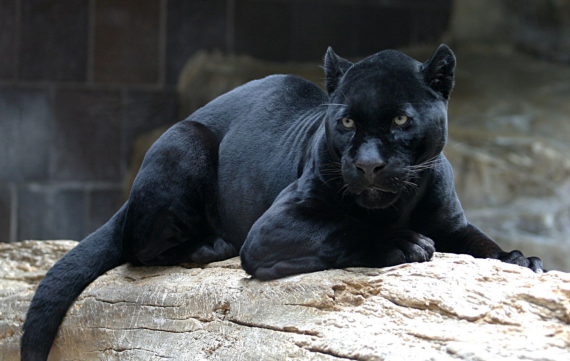 In both cases, the cats were very large, powerful-looking, and completely black in color. Neither witness told anyone – outside of their immediate family – anything about their encounters, chiefly because they had nothing to back up the claims. In the first case, the witness returned to the site at daybreak, around 7:00 a.m., and the body was gone. In the second case, precisely the same thing happened: when the frightened witness told her husband what she had seen, he accompanied her back to the site, around 3 or 4 hours later, after he returned home from work. That body, too, had curiously vanished. In both instances, however – and despite neither party having made an official report or having informed the local press – the witnesses were on the near-immediate receiving end of curious phone calls, filled with what can only be described as classic MIB-type interference and intimidation.

Moving on, there's a strange tale from Puerto Rico. It surfaced in 2005, when I was on the island for a week with Paul Kimball's Redstar Films team. The purpose: to get as much material as possible on the Chupacabra.  While we were there we did an interview with a farmer who lived in a small, isolated village, pretty much in the middle of nowhere. Late one night, approximately five years earlier, he jumped out of bed to the screams of his pigs – he was a breeder and seller of the animals. And, given that this was his only source of income, he raced to the back-door, grabbed a handy machete and a flashlight, flung the door open, and charged out into the muggy darkness. The scene was one of carnage. The bodies of a number of dead rabbits – which the farmer also kept - were strewn about the yard, many torn to pieces. And one of his prize-pigs was dead, too, lying on the ground. All of them, the pig and the rabbits, were killed in the same fashion: via three, huge puncture wounds to the neck. As the man, pretty much in a state of shock, prowled around the tree-shrouded yard, he heard movement in the undergrowth.

Wasting no time at all, he threw the machete in what he thought was the right direction. His instinct was right: the machete slammed into something solid. The sound was akin to metal hitting metal. Whatever it was, it didn’t hang around. In seconds, it was gone, having leapt into the safety of the all-encompassing, nearby woods. There were even weirder developments to come – in the form of none other than a man and a woman in black. It was early the next morning when the darkly-garbed duo descended upon the man’s farm. They asked all sorts of questions about the previous night’s events, making it clear to him that they knew far more about the attack in particular – and the mysterious attacker in general – than they were willing to admit. The strange pair listened, in an emotionless fashion, to everything that he had to say, then suddenly turned on their tails and vanished into the woods, along with his machete – which they made clear they were confiscating. The story was over.

Some monsters, like Bigfoot, the Chupacabra, the Yeti, and Ogopogo, are seen time and again and across decades – sometimes even centuries. There are, however, a few bizarre beasts that put in very brief appearances for startled eyewitnesses, and soon vanish, never to be seen again. Perhaps there is no better example of the latter than what has become known as the Dover Demon. It was around 10:30 p.m. on the night of April 21, 1977 when all hell broke loose. William Bartlett, then seventeen, was driving along Farm Street, in Dover, Massachusetts, when he spotted something both amazing and terrifying sitting on a wall. It was nothing less than a small, almost goblin-like, beast of about three and a half feet in height that had huge, glowing eyes and "tendrils" for fingers. Very curiously, it lacked ears, a nose, and a mouth. As for its head, it was described as being "melon"-like and extremely pale.

In the wake of the affair of the Dover Demon, something very strange occurred in the mystery-filled town. Precisely two months to the day that the strange creature was first encountered, a pair of very weird men appeared on the scene. They were not invited, nor were they welcomed. Indeed, the MIB seldom are – if ever. They turned up in the town, quite out of the blue, at what was termed the Dover House. Loren Coleman says that the house "...was a group home in Dover, for emotionally disturbed boys, serving as a residential branch of the treatment center, the Walker School for Boys, in nearby Needham, Massachusetts. In 1977-1978, I was Walker School’s overnight program director and a social worker masters’ graduate therapy intern there."

They arrived at the Dover House and spoke with one of the staff, who made the very unwise move of giving the men Coleman’s address. Fortunately, the MIBs did not pay a late-night visit to the Coleman home. Nevertheless, the story of the unsettling encounter did get back to Coleman. The two characters, he was told, were dressed in black leather jackets and white motorcycle helmets and warned the woman not to talk about the Dover Demon – under any circumstances, at all. This was very weird, given that the pair claimed to be nothing stranger than "investigators" from National Geographic! There was, however, something very strange about the disturbing duo: they spoke in a monotone, robotic, style, their arms were constantly by their sides, and they stood upright – almost like the military on guard duty.

8,000-Year-Old Jawless Male Skull Has Now Been Given A Face