Do extraterrestrials have rhythm? If they do, do they also have starlight, daisies in green pastures and sweet dreams? OK, they may not sing Earth jazz standards but if fast radio bursts are being generated by aliens, they definitely have some sort of rhythm because astronomers recently confirmed the first FRBs consistently following a regular rhythm over an 18 month period. Are these FRBs messages from a female alien with rhythm looking for “my man”?

“In 38 bursts recorded from 16 September 2018 to 4 February 2020 UTC, we find that all bursts arrive in a five-day phase window, and 50 per cent of the bursts arrive in a 0.6-day phase window. Our results suggest a mechanism for periodic modulation either of the burst emission itself or through external amplification or absorption, and disfavour models invoking purely sporadic processes.”

In a new study published this week in the journal Nature, astronomers using the Canadian Hydrogen Intensity Mapping Experiment (CHIME) – an interferometric radio telescope in British Columbia – determined that FRB 180916.J0158+65 emits fast radio bursts on a 16-day schedule, with 4 days of fast bursts followed by 12 days of silence.

"This FRB we're reporting now is like clockwork. It's the most definitive pattern we've seen from one of these sources. And it's a big clue that we can use to start hunting down the physics of what's causing these bright flashes, which nobody really understands."

“… what's causing these bright flashes, which nobody really understands." Kiyoshi Masui, assistant professor of physics in MIT's Kavli Institute for Astrophysics and Space Research and a member of the CHIME/FRB Collaboration that published the study, admits this new information still doesn’t explain FRBs, which means it could still be aliens, right? The study says it found no ”smoking gun” and instead offers some theories. One is a neutron star that is spinning and wobbling is a state known as precession, with the wobble defining the periods of bursts. Another is a neutron star orbiting another neutron star or a black hole, with one half of the binary pair blocking the other’s signal. 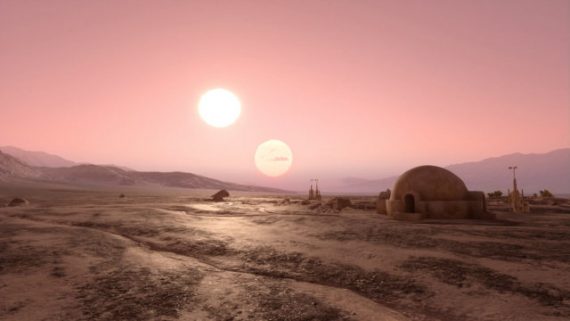 The latest theory that the FRB source is a magnetar, a neutron star with an intense magnetic field. Astronomers using CHIME proposed this after finding an FRB in our own Milky Way galaxy that appears to be flaring out of a magnetar. In the case of FRB 180916.J0158+65 and its 16-day cycle, this would mean an unusually slow magnetar.

“But the final possibility is the most intriguing: that long-term periodicity is the norm for repeating FRBs. If so, then such periodicity might be at the heart of the FRB mechanism — and it would mean that these natural phenomena are defeating the ability of the human imagination to explain it. More-creative ideas would be needed to identify the missing link between theory and observation.”

More creative ideas? All together now:

A Controversial, Old Book and a Conspiracy That Still Circulates