As far as scientific credentials, Dr. Kary Mullis is beyond reproach. An accomplished biochemist, in April of 1983 he came up with a technique to amplify parts of the DNA molecule called the polymerase chain reaction (PCR), which could allow researchers to identify fragments of DNA and make unlimited copies of DNA. It was a game changer in the field, revolutionized the fields of biochemistry, molecular biology, medicine, and crime scene forensics, and won Mullis the Nobel Prize in Chemistry in 1993. He was considered a genius by his peers, a brilliant, gifted scientist who commanded great respect, but he was also not without his eccentricities. Indeed, Mullis had a rather odd roller coaster of a life, sometimes described as “Hunter Thompson meets Stephen Hawking,” much of which he talks about in his memoir Dancing Naked in the Mind Field (Pantheon Books, 1998). Here among stories of his various adventures, love of LSD, and scientific observations, there is buried a chapter called “No Aliens Allowed,” which outlines the time this world renowned scientist had an encounter with a glowing alien raccoon.

The otherworldly incident allegedly happened in 1985, when Mullis was staying out at his isolated cabin in a remote tract of wilderness in Mendicino County, California. He had just arrived at around midnight, dumped his stuff into the cabin, turned on the solar-battery powered lights, and then headed out towards the outhouse, which lay just about 50 feet from the cabin. According to Mullis, he would never actually get there, because his attention was captured by something strange out in the trees. Mullis says of what happened next:

I walked down the steps, turned right, and then at the far end of the path, under a fir tree, there was something glowing. I pointed my flashlight at it anyhow. It only made it whiter where the beam landed. It seemed to be a raccoon. I wasn’t frightened. Later, I wondered if it could have been a hologram, projected from God knows where. The raccoon spoke. ‘Good evening, doctor,’ it said. I said something back, I don’t remember what, probably, ‘Hello.’ The next thing I remember, it was early in the morning. I was walking along a road uphill from my house. What went through my head as I walked down toward my house was, ‘What the hell am I doing here?’ I had no memory of the night before. I thought maybe I had passed out and spent the night outside. But nights are damp in the summer in Mendocino, and my clothes were dry, and they weren’t dirty.

Besides this missing time, he soon found out that the flashlight he had been carrying was missing, and oddly he was never able to find it. When he got back to the cabin the lights were still on and all of the groceries he had brought were strewn around the floor. The clock told him that 6 hours had passed since he had headed towards the outhouse, and he hadn’t the slightest idea of where he had been during that lost time. When he walked around the property trying to find any clues about what had transpired, he claims that he had come upon a spot that he used to love, but which now instilled a sudden fear and panic in him, which he called a “place of dread.” He would long avoid this place, only to go back to this spot a year later and purge it with gunfire and profanity, shouting at whatever force was there to go away and blowing the absolute hell out of it with an automatic weapon. He writes of this quite entertainingly, saying:

My D-cells cut a clean beam into the darkest part of the forest. There was a giant old hollowed bay laurel growing right out of a little waterfall full of ferns. I was fifty feet away from it. I loved it, but it had become the focus of my fears. John Wayne, at my side, wearing the same kind of hat I had donned for the occasion, said, ‘Let ’em have it, kid.’ I opened up with the AR-15 and riddled the area of the laurel. ‘Blow ’em to hell, kid!’

It seems to have worked. He says that after that, the fear melted away, and everything was normal again, as if the area had been exorcised. Rather bizarrely, Mullis then claims that he would find that he wasn’t even the only person who had seen the otherworldly raccoon. Mullis would later tell UFO researcher Bill Chalker that a friend of his had also had a strange encounter with the entity during a party at the cabin shortly after the Nobel Prize win in 1993. Chalker writes of this:

Another person encountered a “glowing raccoon” between the cabin and the toilet. This was a friend of Mullis who did not know of the “raccoon” story and was a first-time visitor, during a party at the cabin after the announcement of the Nobel Prize win in 1993. This man did not stick around and fled up the hill towards the house. On the way he encountered a small glowing man, which then suddenly enlarged into a full sized man who said something like, “I’ll see you tomorrow.” The man, who was not experiencing a drug or alcohol-induced hallucination left with a friend without informing anyone. They returned to their hotel at a nearby town. That night the man inexplicably found himself outside in the hotel car park troubled and terrified by the impression he had somehow been back at the Mullis cabin.

He and his friend returned the following night to the cabin. The celebratory party was carrying on from the previous night. As the man arrived he was shocked to see the “full-sized man” seen as an enlarging apparition the night before drive up in a car. This was too much for the first time visitor. He left in a panic, holding Mullis somehow responsible for the previous nights events. Sometime later in tears he revealed the full story to Mullis, who identified the man his friend he had seen as his elderly neighbor. Kary Mullis confirmed all this and more when I spoke with him recently. Mullis checked with his neighbor and sure enough he had come to the party on the second night, arriving to be seen by the terrified visitor. However, he was certain he was not there on the first night, not in person and not lurking as a glowing raccoon or a small glowing man that enlarged into a vision of himself. 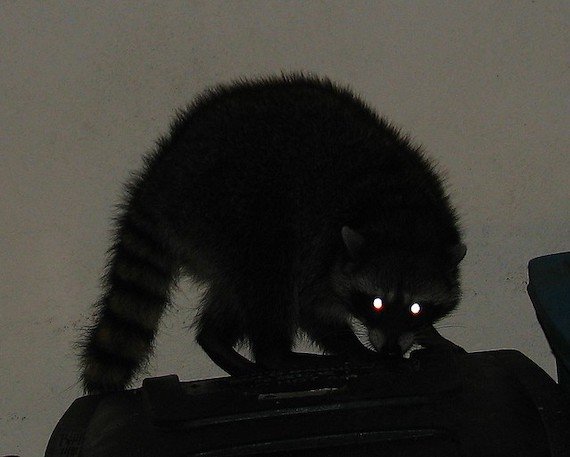 It is hard to tell just what was going on here, but it is all very strange. Also making it quite odd was an account related to Mullis by his own daughter, Louise. According to Mullis, she had called him to tell him about Whitley Streiber’s book on his own alien abduction, titled Communion, and how she had had her own similar experience that had happened to her out by their cabin, the same one where he had met his alien raccoon. Mullis writes about this odd call:

And just like me, she had wandered down the hill. She was gone for three hours. Her fiancé had spent the time frantically searching for her everywhere, calling her name, but she was nowhere to be found. The first thing she remembered was walking the same road on which I’d found myself, hearing her fiancé calling her name. She had no idea where she’d been.

Weirdly, Mullis had not yet told anyone of his own bizarre experience at the time, Louise did not know of her father’s own encounter at the same cabin, and this call was completely coincidental. What does any of this mean? What happened to Dr. Mullis on that night and what was the “raccoon” he saw? Does it have anything to do with what his daughter experienced there? In his own opinion, Mullis would describe the event to Chalker as a possible example of some sort of interdimensional interloper, and Chalker says of this:

Given this sort of activity on his property it perhaps isn’t surprising that Kary Mullis told me he thinks the nature of his experience is even stranger than abducting ETs. Instead he speculates about multi-dimensional physics (a la Michio Kaku’s Hyperspace, 1994) at a macrocosmic level, “like anything can god-damn happen and the speed of light is not really the limit in terms of interactions with other cultures or whatever. This stuff about grabbing people or subjecting them to all kinds of experiments—it’s just anthropology at a level we don’t understand quite yet. 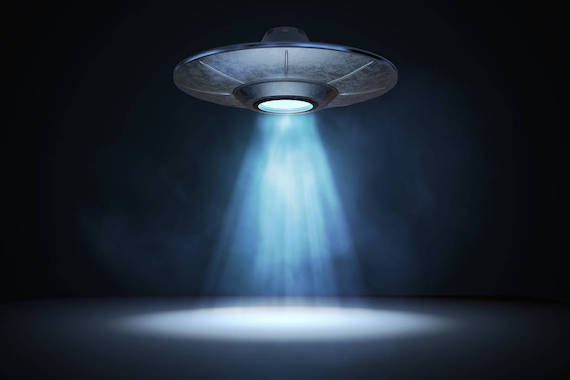 There is of course the possibility that Mullis was simply pulling everyone’s leg and that this was a sort of practical joke, but many who knew him doubt this. For all of his eccentricity, he was seen as a mostly reliable and honest man who was not prone to just making stuff up on a whim. He was weird and wild, but those who knew him insist that he was honest about what he claimed. For his part, Mullis would stand by his strange story right up to his death on August 7, 2019, staunchly denying that any of it was a prank or hoax. He would write of it:

I wouldn’t try to publish a scientific paper about these things, because I can’t do any experiments. I can’t make glowing raccoons appear. I can’t buy them from a scientific supply house to study. I can’t cause myself to be lost again for several hours. But I don’t deny what happened. It’s what science calls anecdotal, because it only happened in a way that you can’t reproduce. But it happened.

When talking about this incredibly weird story, it also has to be remembered that Mullis did have his fair share of drug problems, particularly with LSD and mind-altering, psychedelic substances, so perhaps this was all a bad trip he had, but if that were the case, then why do we have corroborating reports from the same cabin from other people? There is also the fact that in later years Mullis became more and more interested in more fringe areas, such as astrology, homeopathy, ghosts, astral travel, and he also disagreed with the notion of human-caused climate change, but this does not necessarily mean he would hallucinate a fluorescent talking raccoon, and we are still left with the other reports that seem to show that something odd was going on at that cabin. Whatever this was, whether it be the sighting of aliens, interdimensional interlopers, a joke, or merely the tripping of balls, it is a rather impressively bizarre sighting for a man of such respected scientific standing, and it remains an odd anomaly that we will probably never really figure out.