A Strange Monster: A Vivid Vision or a Bizarre Dream?

Without doubt, the strangest report of the paranormal kind I have on record is one which emanates from Staffordshire, England's Castle Ring, and that was first related to me many years ago by the witness herself, a woman named Pauline Charlesworth. Before we get to the matter of the witness and her account, let's take a look at the aforementioned Castle Ring. The following comes from the Cannock Wood website: "Castle Ring represents a type of fortified settlement, know as a hill fort, built by the Iron Age occupants of Britain around 500 B.C. It is the best preserved of the eight in Staffordshire. As their name suggests hill forts were built on high ground reinforcing natural defences by earth banks and ditches. At a height of nearly 800 feet above sea level Castle Ring is on the highest point of Cannock Chase and when built would doubtless have had commanding views over the surrounding countryside giving local inhabitants early warning of any advancing enemy forces. Whilst hill forts are characteristic monuments of the Iron Age archaeological evidence suggests that, in some cases, they may have developed from enclosed settlements of the earlier Bronze Age. Although flint implements of Bronze Age date have been found at Castle Ring no definite conclusions can be drawn on such an early occupation of the site."

Pauline knows very well, I need to stress, that while I do take her story seriously, I most certainly do not take it literally - even in the slightest. Actually, neither does Pauline: to this day she is still baffled by the whole thing. It becomes very clear upon examining her extraordinary testimony that the experience she underwent occurred in some sort of highly altered state, possibly even one of a bizarre, visionary nature. According to Pauline, it was a bright, summery day in July 1986 that her strange encounter occurred. As she worked on Saturdays, Pauline explained to me when we first met, she had a regular day off work during the week, and had chosen this particular day to prepare a picnic-basket, and take a trip up to Castle Ring.

On arriving, she prepared for herself a comfortable place to sit, stretched out a blanket on the ground, and opened up her picnic basket that contained drinks, fruit and sandwiches. For more than an hour she sat and read a book, but then something very curious happened. It was as if, Pauline explained, she was sitting within the confines of a vacuum and all of the surrounding noises, such as the birds whistling and the branches of the trees gently swaying, stopped - completely. Pauline also said that "what was there wasn’t quite right." The best way she could describe it was to say it was like she wasn’t really on the Chase, but it was as if she was "...in someone’s dream of what the Chase should look like; as if it was all a mirage, but a good one." 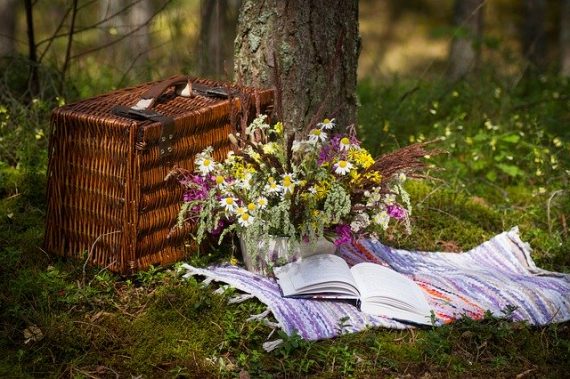 Then, out of the trees, came a horrific form running directly toward her. It was, said Pauline, a man. The man, however, was quite unlike any that she had ever seen before. He had long, filthy hair, a matted beard, and a "dumpy" face that was far more prehistoric than modern in appearance. He was relatively short in height, perhaps no more than five feet two inches, and was clad in animal skins that extended from his waist to his knees, and with a long piece of animal skin that was draped over his right shoulder. In his right hand, the man held what were undoubtedly the large antlers of a deer that had been expertly fashioned into a dagger-like weapon that looked like it could inflict some very serious damage indeed, if needed.

Pauline said that it was very difficult to ascertain who was more scared; her or the man. While she stared at him in stark terror, he eyed her curiously and in what Pauline described as a disturbing and sinister fashion. On several occasions he uttered what sounded like the words of an unknown language: "It was like he was angry and firing questions at me," she added. But that was not all. In the distance, Pauline could hear other voices getting ever closer and closer and that, collectively and ultimately, grew into a literal crescendo. And then she found out the source of the noise. Through a break in the trees came perhaps thirty of forty more similarly clad people, mostly men, but others women, and all chanting in an unknown, and presumably ancient, tongue.

It was soon made clear to Pauline that some sort of significant ceremony was about to take place inside Castle Ring - and she, no less, was right in the heart of all the brewing action. The men and women proceeded to sit down at the edges of the Ring. One man, much taller than the rest and who she assumed was the "leader of the group," marched over to her and said something wholly unintelligible; but that she understood by the curt wave of his arm meant that she should get out of the circle. This she quickly did and retreated with shaking legs to the tree-line. For more than fifteen minutes she sat, transfixed with overwhelming terror by the sight, as this curious band of people continued to chant and sway in rhythmic, hypnotic fashion. Then, out of the sky, came the most horrific thing that Pauline had ever seen in her entire life. It was, she recalled, a creature about four feet in height, human in shape, with oily, greasy black skin, thin arms and legs and a pair of large, bat-like leathery wings. And, just for good measure, it had two hideous, red, glowing eyes, too. "It was like the devil," recalled Pauline, perhaps with a high degree of understandable justification.

The creature slowly dropped to the ground and prowled around the Ring for a minute, staring at one and all and emitting hideous, ear-splitting shrieks. Suddenly, seven or eight of the men pounced on the creature, wrestled it to the ground, and bound it firmly with powerful ropes. It writhed and fought to get loose and tore into the flesh of the men with its claws; but was finally subdued and dragged into the forest by the same tribe-members. The remainder of the party followed and Pauline said that the strange atmosphere began to lift and the area eventually returned to its original normality. For several minutes she stood her ground, too afraid to move, but then finally returned on still-unsteady legs to her blanket and quickly scooped up both it and her picnic basket and ran to her car. 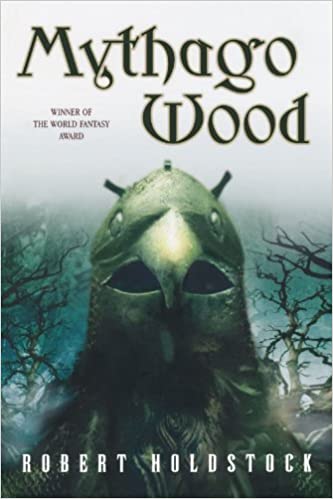 I have left until last one factor that, in some fashion, simply has to be connected to the saga related above. The book that Pauline had taken with her to read at Castle Ring was Robert Holdstock’s acclaimed fantasy novel, Mythago Wood. Ironically, the book is one of my all-time favorites, and one I read at least once a year. The story tells how, after the end of the Second World War, a man named Steve Huxley returns to England upon getting the news that his father has died. George Huxley had devoted his life to the exploration of the ancient Ryhope Wood that backed up against the family home and kept detailed records of his research into the mysterious area. But Ryhope Wood is unlike any other. It is inhabited by the Mythagos of the book’s title. And what, exactly, might they be? They are characters from British folklore and mythology, such as Robin Hood and King Arthur. Their curious existences are directly tied to the imaginations and minds of those that believe in them. And who, in a unconscious, collective fashion, help bring them to some form of quasi-independent life, in the depths of the magical Ryhope Wood. In other words, the Mythagos are something akin to Tulpas.

Of course, in view of the Mythago Wood connection, the skeptic would say that Pauline’s unearthly experience was merely the result of a bizarre dream - or the absolute worst of all nightmares, perhaps. And, maybe, that really is all it was. More than thirty years later later, however, Pauline herself is still convinced that something very strange and diabolically evil occurred on that summer day in long-gone July 1986, and that she was provided with a unique glimpse into Staffordshire’s very ancient past.

The Strange Vanishing of Lynne Schulze