A Strange Saga of a “Phantom Ape”

I thought I would finish off with a trilogy of data provided to me by good mate Neil Arnold on the matter of the "British Bigfoot," as it has controversially become known. Neil provided me with the details of a strange case involving what is clearly an ape of the paranormal and malevolent variety. Over to Neil: "...it seems that we are dealing with negative energy as a conjurer of monsters. For instance, the county of Essex has several cases of weird manifestations presenting themselves, but they are forms which clearly are not of some biological or zoological order. At Wallasea Island there was once a place called the Devil’s House which sat on the bleak marshlands flanking the River Crouch. The house, was more for a farm-like abode and took its sinister name from its owner, a chap named Daville." Neil continues:

"At first the building seemed like many a haunted house in that local folk would refuse to stay in it because of the strange atmospheres and sudden drops in temperature. On other occasions weird sounds were heard, such as the flapping of wings and an overwhelming sense of dread would follow. Such a fear seemed justified when a sergeant, serving in the First World War decided to put the legends to bed and stayed the night in the building. The following morning the sergeant was found in such a terrible state, his pale complexion and refusal to speak had locals worried. Another man claimed that he had heard to sound of wings flapping suggesting some giant yet unseen bird was soaring above but the ghostly reputation of the place took a knock when one evening it was reported that a hideous specter with horns and a long tail was explained by a stray bullock which had sought shelter in the hayloft after being pursued by a dog." 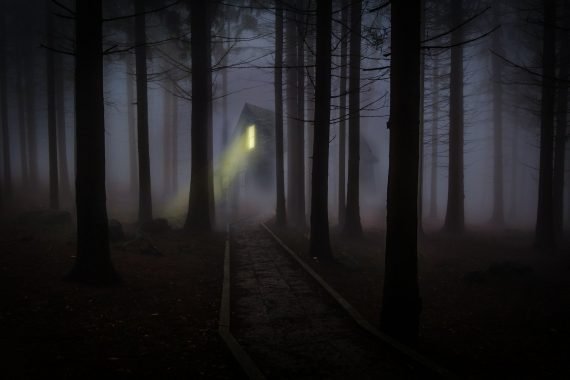 And, now, as Neil reveals, we come to the story of that aforementioned supernatural ape, and a case of an attempted suicide that never quite came to pass: "During one particular harvest a local laborer experienced a terrible creature whilst working in one of the barns. He had heard his name being called on several occasions and the sudden drop in temperature told him that something wasn’t right. Although spooked, the man continued his work when suddenly he felt as though he was possessed and had a sudden urge to commit suicide. The laborer found a piece of old rope, fastened it around his neck as a noose and climbed a ladder to tie the rope around a beam. A voice rasped, 'Do it, do it,' in his ear, but then something even more bizarre happened. Looking upward the man saw a terrible ape-like creature swinging from the timbers. The phantom ape had bright yellow eyes that glowed in the gloom. It appeared rather slim in form and was completely black in color. This hideous apparition seemed to jolt him out of his suicidal trance and scrambled down the ladder and fled the barn."

As for what might have been afoot, Neil says: "Locals believed the ghastly experiences that had taken place in the building were the product of Devil worship which had taken place years before. Such negative energy, depending on the individual who experiences it, seems to have the ability to prey on the human psyche and cast out weird, absurd holographic-type entities which feed on fear. Such devils can take on many forms, either as unseen poltergeists which hurl items around the place or attack their victims, to nefarious familiars ranging from disfigured demonic cats, headless black dogs, and goodness knows what else."

Commenting on the above affair, Richard Freeman - of the Center for Fortean Zoology - relates the details of yet another beastly barn saga: "A very similar creature, perhaps of the same type (whatever that is!) was seen by Irish historian Dermot MacManus’ father when he was around fourteen and recorded by MacManus in his book Middle Kingdom: The Fairie World of Ireland. His father had returned from his school in England for the Christmas holidays. He was playing hide and seek with his older brother, Arthur, around the farm on which they lived. It was afternoon and still light. Whilst tiptoeing through the granary he heard the horses in the stables below stamping and snorting as if they were alarmed by something. Investigating he saw that the horses were panicking and shying away from a trapdoor above a manger where food was thrown down. Looking up he saw a horrific creature not twelve feet from his head" 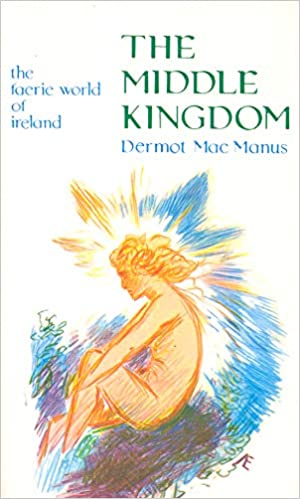 In the words of Dermot MacManus himself: "There crouched a figure of evil with baleful eyes, blazing red like coals of fire. It was huddled in a compact ball, as a boy his own size might look squatting on his haunches. My father remembered only those awful eyes, the squatness of the awful body hunched in the dark cover of the manger, and one awful hand, a human hand but how different! It gripped the edge of the manger and as a dirty grayish-brown. The fingers were bone and sinew and ended not in human nails but curved, pointed claws."

Richard Freeman concludes: "The scared youth jumped back into the granary, slammed the trap door and ran to warn his brother. They both fled back to the house." The mystery was never resolved.