Asteroid Passing Soon Between Earth and Moon — Why Not Try to Deflect It?

A “potentially hazardous” asteroid will pass between the Earth and the Moon on September 1, 2020. This same asteroid is scheduled to come back in 2055 with a much higher probability of impact. Why aren’t we using this well-defined, close proximity space rock to practice our asteroid-deflecting strategies on? Are those strategies all bluff and bluster by the powers that be to hide the real purpose of these programs?

“In highly alarming news from NASA’s Center for Near Earth Object Studies (CNEOS), asteroid hunters have identified a ‘potentially hazardous’ asteroid due to pass Earth in September at a paltry distance of 71,805km – just one-fifth of the distance between us and the Moon (384,399km). Asteroid 2011 ES4, which measures 160ft (49 meters), is expected to buzz the Earth at 29,375kph on September 1 at 10:49am EDT (3:49pm BST).” 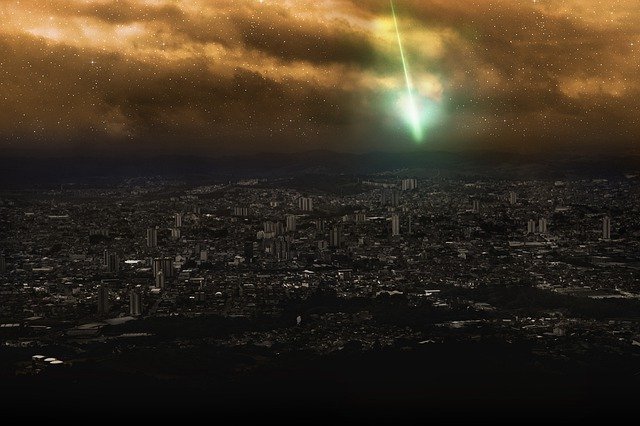 Let’s see. This is mid-July 2020 (very close to the 51st anniversary of the first humans landing on the Moon – more on that connection in a minute) and asteroid 2011 ES4 is scheduled to fly by in about six weeks. It took the Apollo 11 astronauts three days to get to the Moon. At one-fifth that distance, it would take a rocket or a missile traveling at 1969 speed about 14 hours to reach that distance. NASA and CNEOS has been tracking this asteroid since 2011, so it’s not one of these surprise space rocks that appear suddenly as they a) graze the atmosphere in a spectacular light show; b) plunge harmlessly into an ocean; or c) come close to killing thousands in Siberia. While media sites like RT.com are exposing this low potential hazard, Space Force and NASA’s asteroid deflection department are not. Sure, it’s not an impact danger this time around and it’s not huge (ironicially, about the size of the U.S. Capitol building), it seems like it would be a great target for deflection practice.

“2011 ES4 can be reached with a journey of 370 days. This trajectory would require a delta-v of 8.283 km/s. To put this into perspective, the delta-v to launch a rocket to Low-Earth Orbit is 9.7 km/s. There are 16,915 potential trajectories and launch windows to this asteroid.”

Sigh. SpaceReference.org compiles data from the NASA/JPL Small Body Database, the IAU Minor Planet Center, and the NASA/JPL Center for Near Earth Object Studies. Obviously, that 370-day journey is a planned trip like the Double Asteroid Redirection Test (DART) mission scheduled to impact a 180-meter (590 ft) asteroidal moon of Asteroid 65803 Didymos in 2022. With 2011 ES4, we’re talking about testing our emergency asteroid deflection capability – and this isn’t even an emergency situation because we’ve been tracking its paths since 2011. However, the current responses to the pandemic highlight the importance of practicing for emergencies. Why not use 2011 to practice impacting and deflecting or destroying an asteroid with a non-nuclear missile? Wouldn’t Elon Musk like to draw attention away from his other problems and volunteer a rocket for such an important mission?

"We have the capability — physically, technically — to protect the Earth from asteroid impacts. We are now able to very slightly and subtly reshape the solar system in order to enhance human survival."

Former astronaut Rusty Schweickart, co-founder and Chair Emeritus of the B612 Foundation, a private nonprofit foundation of scientists, engineers and former astronauts dedicated to planetary science and planetary defense against asteroids and other near-Earth object impacts, said that in 2011 – the year 2011 ES4 was discovered. We’ve had the expertise at least since 2011 to do a dry run on 2011 ES4 as it passes less than one-fifth the distance of the Moon.

Why aren’t we trying it?

Synchronicities and the Men in Black