There's no doubt at all that one of the most disturbing mysteries in the field of the "unexplained" is that of what have become known as cattle mutilations. Reports of poor farm animals attacked, killed, and dissected date back to the 1960s. Who or what is the culprit very much depends on whose theories you adhere to. For some, the mutes are the work of occultists. Others say it's all down to government agencies secretly looking for dangerous and deadly viruses in the food-chain. And, there's the scenario of the culprits being nothing less than extraterrestrial in nature. The mystery still remains. With that said, today I'm going to share with you two of the strangest cases of all time. In 1976, there was a wave of both cattle and horse mutilations in Rio Arriba County, New Mexico. They were carefully investigated and documented by Police Officer Gabe Valdez of Espanola. Officer Valdez soon found himself at the heart of the sickening puzzle.

One of the most bizarre events occurred in June 1976, as Valdez’s files demonstrate. Valdez said in his papers: "Investigations around the area revealed that a suspected aircraft of some type had landed twice, leaving three pod marks positioned in a triangular shape. The diameter of each pod was 14 inches. Emanating from the two landings were smaller triangular shaped tripods 28 inches and 4 inches in diameter. Investigation at the scene showed that these small tripods had followed the cow for approximately 600 feet. Tracks of the cow showed where she had struggled and fallen. The small tripod tracks were all around the cow. Other evidence showed that grass around the tripods, as they followed the cow, had been scorched. Also a yellow oily substance was located in two places under the small tripods. This substance was submitted to the State Police Lab. The Lab was unable to detect the content of the substance. A sample of the substance was submitted to a private lab and they were unable to analyze the substance due to the fact that it disappeared or disintegrated. Skin samples were analyzed by the State Police Lab and the Medical Examiner’s Office. It was reported that the skin had been cut with a sharp instrument." 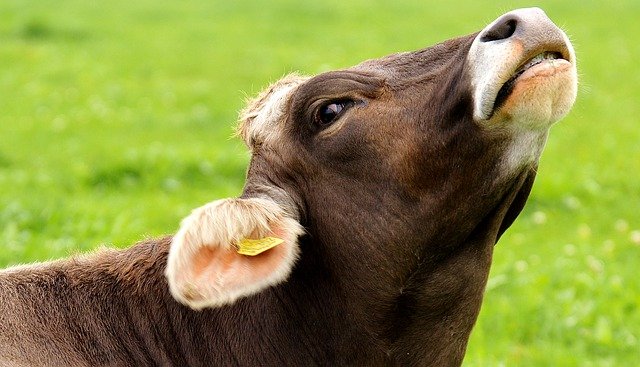 Three days later, Valdez had a face-to-face discussion about all of this with Dr. Howard Burgess, of the New Mexico-based Sandia Laboratories. The plan was to have the immediate vicinity checked for radiation. Valdez's plan was a good one. It turned out that the radiation level in the location was no less than twice above normal. Valdez’s thoughts on the matter: “It is the opinion of this writer that radiation findings are deliberately being left at the scene to confuse investigators.” Matters were nowhere near finished. Valdez's files make that abundantly obvious: "There was also evidence that the tripod marks had returned and removed the left ear. Tripod marks were found over Mr. Gomez’s tire tracks of his original visit. The left ear was intact when Mr. Gomez first found the cow. The cow had a 3-month-old calf which has not been located since the incident. This appears strange since a small calf normally stays around the mother even though the cow is dead." Without a doubt, a grisly and disturbing situation.

As to the matters of Satanic groups and the likes of coyotes being responsible, Valdez recorded: "Both have been ruled out due to expertise and preciseness and the cost involved to conduct such a sophisticated and secretive operation. It should also be noted that during the spring of 1974 when a tremendous amount of cattle were lost due to heavy snowfalls, the carcasses had been eaten by predators. These carcasses did not resemble the carcasses of the mutilated cows. Investigation has narrowed down to these theories which involve (1) Experimental use of Vitamin B12 and (2) The testing of the lymph node system. During this investigation an intensive study has been made of (3) What is involved in germ warfare testing, and the possible correlation of these 3 factors (germ warfare testing, use of Vitamin B12, testing of the lymph node system)." 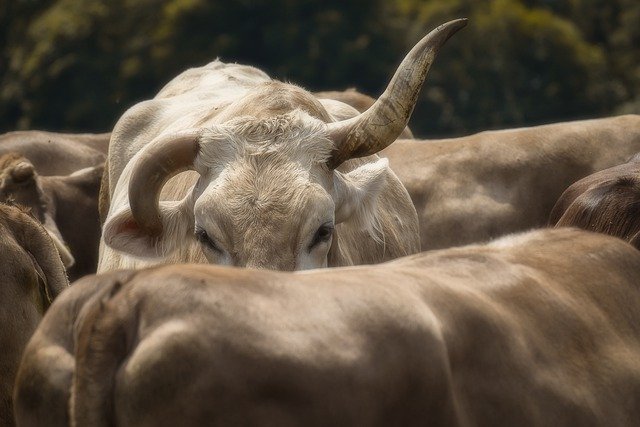 Another, equally unsettling, case surfaced in the same area in 1978. Officer Valdez recorded it all: "This four year old cross Hereford and Black Angus native cow was found lying on left side with rectum, sex organs, tongue, and ears removed. Pinkish blood from [illegible] was visible, and after two days the blood still had not coagulated. Left front and left rear leg were pulled out of their sockets apparently from the weight of the cow which indicates that it was lifted and dropped back to the ground. The ground around and under the cow was soft and showed indentations where the cow had been dropped. 600 yards away from the cow were the 4-inch circular indentations similar to the ones found at the Manuel Gomez ranch on 4-24-78. This cow had been dead approximately [illegible] hours and was too decomposed to extract samples. This is the first in a series of mutilations in which the cows’ legs are broken. Previously the animals had been lifted from the brisket with a strap. These mutilated animals all dehydrate rapidly (in one or two days)."

The mystery surrounding those 1970s-era cases was never solved. Today - thankfully - cattle mutilations are nowhere as prevalent as they were in the 1970s. This is one of those mysteries that all of us should hope goes away for good.

The Mystery Lights of the Moon