An examination of files that the U.S. Defense Intelligence Agency has declassified under the terms of the Freedom of Information Act reveals that, in the Cold War environment of the 1970’s, the Agency spent considerable time researching the existence (or otherwise) of extra-sensory perception and psychic phenomena. Not only that: the DIA was predominantly troubled by one particularly nightmarish and nagging scenario: that the Soviets would succeed in using ESP as a tool of espionage and that the secrets of the Pentagon, the CIA and just about everyone else would be blown wide open for Kremlin and KGB psychic-penetration. Acting on this concern, the DIA (along with the CIA and the U.S. Army) began to seriously address the issue of whether or not the powers of the mind would one day prove superior to – or at the very least, the equal of - conventional tools of espionage and warfare. And it was as a result of its intensive study of Soviet research into psychic phenomena for espionage purposes, that the DIA learned of some of the notable advances made by both Russian and Czechoslovakian scientists whose attention was focused on the links between psychic phenomena and the animal kingdom.

In a now-declassified September 1975 document, Soviet and Czechoslovakian Parapsychology Research, the DIA reveals its findings on animals and psychic phenomena in the former Soviet block countries. Interestingly, the Defense Intelligence Agency learned that Soviet research into the world of psychic powers in animals began decades previously and focused on attempts to determine the validity of mind-to-mind contact between human beings and dogs. One section of the document is titled Telepathy in Animals. Soviet research on telepathy in animals in the 1920s and 1930s was devoted largely to proving that telepathy between man and animals did indeed exist. The DIA continued: "[Vladimir] Bekhterev's original objective was to demonstrate that telepathy between man and animals was mediated by some form of electromagnetic radiation (FMR), but by 1937, he and other Soviet parapsychologists had concluded that no known form of EMR was the carrier of thought transmission. The EMR theory of information transfer is still unresolved by the Soviets, but is still the major basis underlying much of their research." 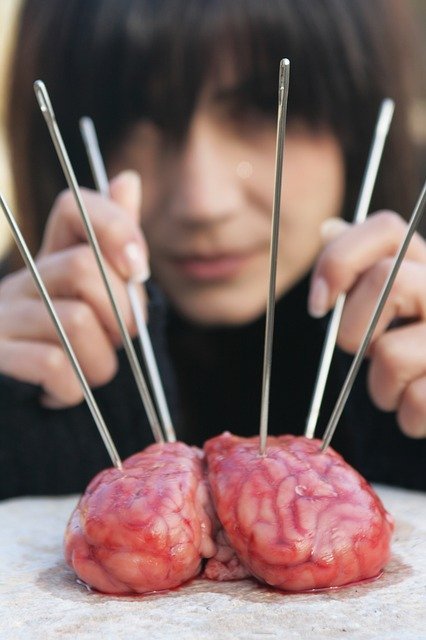 Three decades after Bekheterev’s original research, the Soviets were still working hard to make advances in this intriguing area: "In 1962 B.S. Kazhinskiy advanced the theory that animals are capable of visual and aural perception and reflex understanding of the behavior of other animals or humans. He postulated that this ability resulted from the capacity of one animal to detect (via its nervous system), analyze, and synthesize signal-stimuli given off by another animal. According to Kazhinskiy, the signals were transmitted in the form of a 'bioradiational sight ray' and analyzed by the percipient animal as a result of its Pavlovian conditioning. The term 'bioradiational rays' is still used by some Soviet and Czech parapsychologists to refer to focusing and concentration of biological energy by the brain and the optical neural channels.

If Kazhinskiv’s research into visual and aural perception was, and still is, considered valid, then it offers the possibility that the entire animal kingdom of our planet may somehow have the ability to utilize highly-advanced mental tools that, largely, elude human beings. The 1975 DIA paper then turns its attention to then-contemporary research undertaken by the Soviets: "Present day Soviet and Czech parapsychology research with animals is devoted almost exclusively to investigation of sources of biological energy involved in physiological processes, the interactions of such energy with external fields, and the effects of externally generated fields on animal physiology. Reference to telepathy in the sense of communications by transmission of total, conceptual, mental formulations is seldom made."

Believing that they were on the verge of a major breakthrough, the Soviets channeled much of their effort into a project that was being undertaken at a major Russian university: "A significant advance toward identification of the EMR source of biological energy transfer was gained from recent research conducted at the University of Novosibirsk. Scientists there investigated the release of energy during cell division and during cellular damage and repair resulting from viral infection or toxic chemicals. In over 5000 experiments with cell cultures and animal organs it was shown that damaged cells radiated some form of energy and that the energy released was capable of causing damage in adjacent control preparations of organs or cells. Further investigation revealed that a uniform pattern, code, or rhythm of radiation was emitted by normal cells. This pattern was disturbed when cellular damage occurred, becoming quite irregular. It was also found that the patterns were transmitted from experimental to control preparations only when the cells or organs were cultured in quartz containers. Since quartz transmits ultraviolet (UV) radiation and standard laboratory glassware does not, the Soviets concluded that UV radiation mediated cellular information transfer. The researchers subsequently correlated given irregularities of emission with specific diseases and are now attempting to develop techniques for diagnosis and therapy by monitoring and altering cellular radiation codes."

The DIA also learned that two decades of research undertaken in Czechoslovakia had led to some startling results pertaining to ‘energy transfer’ between biological tissue samples: "Czechoslovakian research on energy transfer between animal muscle preparations from animals to man, and from man to man, has also demonstrated EMR as the vehicle of biological energy transfer. In experiments conducted between 1948 and 1968 at the Okres Institute of Public Health, Kutna Hora, Czechoslovakia, Dr. Jiri Bradna demonstrated contactless transfer (myotransfer) of stimuli between frog neuromuscular preparations. Bradna placed identical preparations side by side; stimulation of one preparation with electric pulses at frequencies between 10 and 30 pulses per second caused contraction and a recorded electromyographic response in the other. In other experiments, stimulation of muscle preparations influenced the oscillations of a pendulum and increased the muscle tension of a human subject. Bradna obtained objective proof that energy in the very high frequency (vhf) range mediated the stimulus transmission. He also demonstrated that myotransfer could be blocked with ferrous metal filters and aluminum, could be deformed with magnets, ferrites and other conductors, could be reflected and transmitted over waveguides, and shielded with grids. Bradna concluded that primary perceptual and informational pathways between animals are based on metabolic processes at the macromolecular level and that the magnitude of energy transfer depends on muscular adenosine triphosphate (ATP) energy release."

Of particular interest to the DIA was the research of Dr. Bradna that had a bearing on human behaviour and on the potential for altering or influencing that behavior: "Bradna has reported successful application of myotransfer in physiotherapy. It has been found to be effective for both individuals and groups. In the latter case, the summation of stimuli has been shown to enhance the neuromuscular responses of individuals within the group. Bradna feels that such stimuli influence the herd of animals and may also be a factor in altering human behavior under conditions of isolation or overcrowding." It is quite clear from examining the now-declassified files of the DIA that Soviet scientists postulated numerous theories to try and explain extra-sensory perception and psychic phenomena in animals. According to the DIA, a Doctor Y.A. Kholodov had: "…investigated the effects of a constant magnetic field (CMF) on rabbits. Whole-body exposures to fields between 30 and 2000 oersteds resulted in nonspecific exchanges in the electroencephalogram but no other directly measurable physiological responses. Kholodov showed that weak magnetic as well as other externally generated radiation fields have a direct effect on nerve tissue, and for this reason he feels that natural and artificial fields in man's environment may have an influence on health and behavior via the nervous system and the hypothalamus. Kholodov's research is representative of current Soviet efforts to explain paranormal phenomena on the basis of known physical and biological parameters." 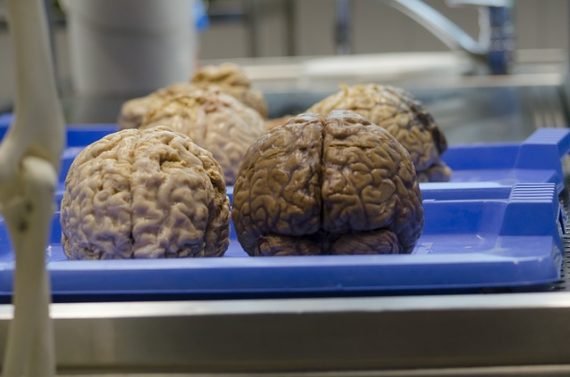 Conversely, another Soviet scientist, A.S. Presman, felt that biological energy and information exchange between living organisms was the result of electromagnetic field (EMF) interactions between individuals or between the individual and the environment.: "Presman and other Soviet scientists have recorded EMF's from man, frogs, and insects of various species at ranges from several centimeters to several meters from the body surface. The frequencies of the EMF's were found to correspond to various biorhythms of organs, rhythms of movement and acoustic signals and bioelectric rhythms. Presman thinks that in groups of animals, electromagnetic oscillations are synchronized by frequency matching and that the cumulative intensity may grow in proportion to the square of the number of individuals. Such cumulative emission is also thought to be possible as the result of synchronization of the emissions of many cells in animals in a highly excited state. Presman, like Kholodov, feels that the effects of sub-threshold stimuli are mediated through the hypothalamic region of the midbrain. The hypothalamus regulates diverse physiological processes in the organism (pulse, body temperature, oxygen consumption, carbon dioxide liberation, urine volume, urine nitrogen concentration, etc.) and these are the functions most commonly disturbed by changes in EMF' s.

Presman also speculated on the reason for the apparent widespread telepathic abilities in animals versus the lack of such abilities in human beings: "Presman believes that electromagnetic signaling is universal between animals, but not between humans who may have lost the capability for such communication as a result of evolution and the development of verbal and artificial communication channels. He does not rule out the possibility that 'spontaneous telepathy' may occasionally occur, but regards such occurrences as rare cases of atavism. Consequently, he regards man as the least suitable animal for studying electromagnetic communication. The DIA also noted that, by 1975, Soviet research into ESP in animals had been modified and now encompassed a whole new range of disciplines and terminology: "It is important that the increased degree of sophistication which has occurred in Soviet ESP or telepathy research since 1960 be understood. At present the terms "ESP" and "telepathy" are seldom used. It is possible that the newer terms 'biocommunication' and 'psychotronics' will vanish in the near future only to be replaced by conventional high-energy physics terminology, or term such as 'interpersonal subconscious reactions' or 'mention' forces. In any event, the classical ESP experiments with animals are no longer of interest in the USSR. The typical Vasilev experimentation from 1920 to 1955 has been replaced with sophisticated research protocols which study complex interactions between man, animals and plants."

Does such research still secretly go on in Russia? Maybe, that's a question that, one day, will be answered.