Concluding Thoughts on the Bigfoot of the U.K.

Throughout this week I have shared with you the fascinating research and investigations of Neil Arnold into what some have called the "British Bigfoot." Others in the research field, though, have suggested that it's more along the lines of an ancient "wild-man." Maybe, there are two phenomena. It has to be said, however, that the British beast is very different to the creatures that have been seen on many occasions in the vast, forested areas in the Pacific northwest of the United States. Whereas many monster-hunters take the view that the Bigfoot of the United States are just unknown apes, in the U.K. the creatures seem to fall into very different categories. It looks like an ape, but there's far more to it than that. Or, there's far less, as you'll see what I mean. In terms of Neil's investigations, our long and winding journey into the undeniably mystery-filled world of the British Bigfoot/wild-man is at its end. So, in light of numerous cases, witness testimony, reports, and theories that span a significant number of centuries and pretty much the entirety of the nation’s very landscape itself, have we made any real sense concerning the real nature of the creature that lurks among us – sometimes within the ancient woods, forests and mountains of Britain, but also, on many occasions, right in the heart of modern day suburbia? I think, and certainly hope, we have.

I would like to believe that all but the most closed-minded of souls will now conclude that when we have carefully weeded out (A) the hoaxes, (B) the occasional escaped animal, and  (C) a very few cases of real people living wild (such as the green children of Woolpit, Suffolk, U.K.), whatever is then left, and whatever still passes for Bigfoot or wild/feral humans, it most certainly is not an animal of physical properties, nor has it ever been. It is, by definition, a beast of mere mortal proportions. There is its seemingly never-ending association with old bridges, ancient stone circles, areas of archaeological significance, and bodies of water both large and small. And its ability to apparently thrive very nicely with hardly a morsel of food or living areas. There are those strange talents that permit the British Bigfoot to significantly affect electrical equipment, and place people into a "pisky led"-type state of confusion or a condition of sheer panic. All of this leads me to conclude that the British Bigfoot is most definitely not what some may want it to be, believe it to be, or possibly – deep down, subconsciously, as a means to try and uphold their own beliefs on the matter – even need it to be. 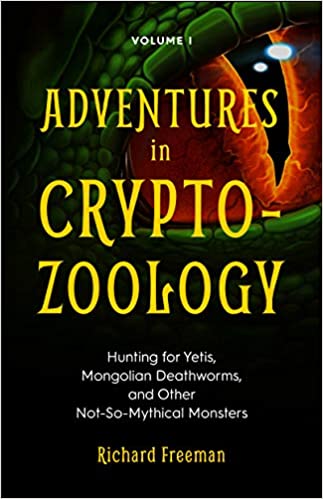 Of the main, highly-informed body of researchers of the phenomenon of Bigfoot in Britain – whether it's Neil Arnold, Jon Downes or Richard Freeman – not a single one of them adheres to the idea that a living ape/British Bigfoot/wild-man dwells, in the U.K. Not one of them. Yet, in their own unique ways, and by using their own experiences, case-studies, and theories as springboards into the dark domain of the unknown, they don’t doubt the reality of a phenomenon of sorts. But, it’s the nature of that phenomenon that still keeps us, and them, guessing and pondering to a most significant degree. Whether Tulpa-style guardians designed and created in centuries-gone to protect the nation’s most sacred ancient sites from invading forces, the spirits of long-deceased animals, infernal beasts invoked as a result of the dastardly sacrifice of unfortunate animals, the by-products of poorly understood energies of the earth, murderous shape-shifting Kelpies, the human dead returned to this plane of existence in animal form – or, maybe, even a very weird and perplexing combination of each and every one of the above theories - of only one thing can we be really sure: the British Bigfoot most certainly lives. But, it's an extremely strange life!