Coronavirus May Have Been Present In Bats For 70 Years

The coronavirus pandemic has had a huge impact on the world thus far with more than 16.5 million people affected and over 650,000 deaths. It’s been reported that the virus was transmitted to humans from bats and a new study has revealed an even more incredible fact about COVID-19. Apparently the virus has been circulating in bats for up to 70 years.

In a new research project where experts looked into the origins of SARS-CoV-2, they found that it evolved in bats (specifically the horseshoe bat) all the way back to 1948. Scientists that were led by the Pennsylvania State University compared SARS-CoV-2 to its closest relative in bats called RaTG13 (they are 96% similar to each other) and they found that both viruses have the same ancestor although it’s still unclear as to when SARS-CoV-2 split away from the other types of coronaviruses.

According to their studies, the scientists came up with three separate dates as to when the virus split from their ancestor called sarbecoviruses – 1948, 1969 and 1982 which indicates “that the lineage giving rise to SARS-CoV-2 has been circulating unnoticed in bats for decades,” the researchers stated.

The experts mentioned that since the virus has been circulating in bats for between 40 and 70 years, there may be other coronaviruses out there that could potentially infect humans. As a matter of fact, I wrote an article back in April of this year that detailed six new coronaviruses that had been identified in bats. (The article can be read here.)

COVID-19 enters the human body by its receptor-binding domain (RBD) grabbing a hold of the ACE2 receptor in human cells which allows it to attack the body’s defensive mechanisms that would normally fight off the virus. In fact, SARS-CoV-2 is a thousand times more powerful than the RaTG13 virus at latching onto ACE2 receptors in humans. Interestingly, other sarbecoviruses haven’t had RBD and the closest thing they have found resided in pangolins although it isn’t believed that they were the ones that transmitted it to humans.

David L. Robertson, who is a professor of computational virology at the MRC-University of Glasgow Centre for Virus Research as well as an author of the study, explained, “SARS-CoV-2's receptor-binding domain sequence has so far only been found in a few pangolin viruses,” adding, “While it is possible that pangolins may have acted as an intermediate host facilitating transmission of SARS-CoV-2 to humans, no evidence exists to suggest that pangolin infection is a requirement for bat viruses to cross into humans.” “Instead, our research suggests that SARS-CoV-2 likely evolved the ability to replicate in the upper respiratory tract of both humans and pangolins.” 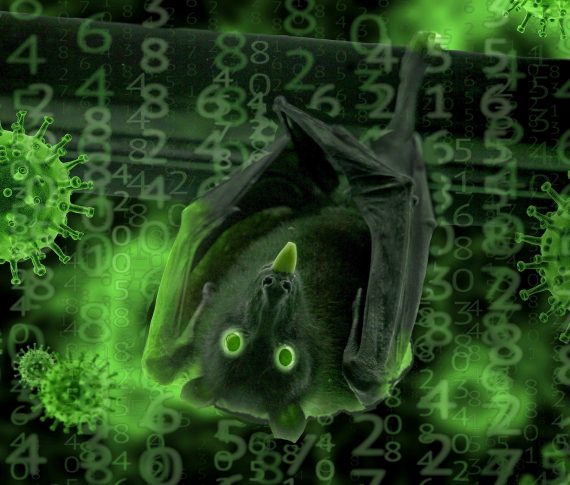 While bats are immune to coronavirus, it is still highly infectious to humans and has proved to be incredibly deadly. Maciej Boni, who is an associate professor of biology at Penn State and another author of the study, revealed that this pandemic “will not be our last”, adding that “Coronaviruses have genetic material that is highly recombinant, meaning different regions of the virus's genome can be derived from multiple sources.”

Four “sister” species of the horseshoe bat have been discovered in Africa and researchers are hoping that by studying them and the viruses they carry, they will be able to help experts properly prepare for any other possible coronavirus pandemics in the future.